Beyond State Capacity: Bureaucratic Performance, Policy Implementation, and Reform (PDF) Martin J. Williams. From the Abstract: “To advance the study of state bureaucratic quality, researchers should seek to understand the implications of bureaucracies’ collective nature, engage with contextual specificity and contingency in policy implementation, and focus measurement and reform efforts on actual performance rather than hypothetical capacity.”

How Monopolies Slowed the Vaccine Roll-Out, and Small Business Sped it Up Matt Stoller, BIG

Blue Shield of California tapped to run state vaccine system KCRA. “Kaiser did not respond to emailed inquiries for comment.” I’ll bet. Let’s hope they do better than Massachusetts:

Are vaccine providers selling your health data? There’s not much stopping them. Recode

This breakthrough mask is a ‘smoke detector’ for COVID-19 Fast Company. Sadly, “the promising research is still being validated.” But the idea seems good.

Chinese New Year: Clamping down on going home for the holidays BBC

Jack Ma Can Call Ant Group Whatever He Wants, But Xi Jinping Is Gonna Call It A Bank Dealbreaker

As Bali attempts to forge a new era, we need to stop spinning fables about it and listen to Balinese Travelfish

Tractor rally: On the road despite disruption People’s Archive of Rural India. “Disruption” being the Red Fort seizure.

India Has Plenty of Coronavirus Vaccines But Few Takers Bloomberg

How not to Help the Russian Opposition Irrussianality

The Truth Behind Russia’s Navalny Protests The National Interest

Where surveillance cameras work, but the justice system doesn’t Rest of World

Mexico’s pandemic policy: No police. No curfews. No fines. No regrets. WaPo

If we are truly dedicated to truth, as Biden calls on us to be, we must consider the entire sweep of the Trump era and in particular the sort of voters who, over the last few decades, have been shifting from the Republican to the Democratic Party. As it happens, these are Americans I know well: people of taste and education, for whom modern life is a succession of splendours and pleasantries. I mean the residents of the nation’s richest white-collar suburbs.

No wonder Frank doesn’t get invited to cocktail parties in Georgetown anymore.

Biden’s Pandemic Plan Might Just Work The New Yorker. Worth a read, if only — this being The New Yorker — to marvel at the logistical precision with which the blame cannons are already being deployed, one week after the adults were put back in charge.

They use cards for the miserably inadequate $600 stimulus?!

another cute trick of this prepaid bank card $600 stimmy thing is that it's actually $599.75 minus a 25 cent surcharge for something and you get one free ATM withdrawal but only in $20 increments and then have to pay $1 for your final $18.75

–A bored/angry young man is the most dangerous person in the world.
–When countries have unemployed young men, who are single, the likelihood that country goes to war escalates
–We have cut the share of wealth of young people in half in last 30 years (19% to 9%)

Wallboard does that to young men pic.twitter.com/XpPNVwn9vY

The country is being buffeted by groups that couldn’t exist 30 years ago Philip Bump, WaPo

What happened with GameStop? Markets Weekly. “It’s not David vs Goliath. It’s Goliath vs. Goliath, with David as a fig leaf.”

Late Cycle Bubblicious? The Big Picture. If a basement-dwelling family member is speculating in stonks, this might be a good link to somehiw induce them to read.

The ‘Humanitarian’ Left Still Ignores the Lessons of Iraq, Libya and Syria to Cheer on More War Counterpunch

How to Shut Down ICE Detention in Your Community, a Detention Watch Network Guide Teen Vogue. Now do Amazon warehouses:

Here is video from the COVID TESTING AREA at the Virginia warehouse that Poushawn worked in and worked on testing. As you can see there is no plexiglass to protect workers being tested with the workers like Poushawn who were working in that area. pic.twitter.com/D5NbhD2TFT

It’s time for a new, progressive supply-side economics The Center for Growth and Opportunity

You Are Witness to a Crime The Baffler. On ACT-UP, a social movement to learn from. 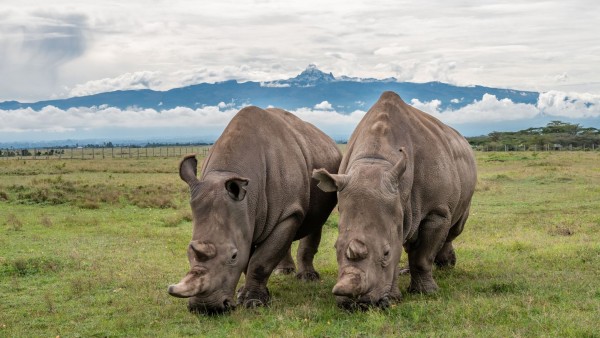