A Harvard professor says an alien visited in 2017 — and more are coming NY Post. ‘Oumuamua, checking the quarantine.

‘Peak hype’: why the driverless car revolution has stalled Guardian (Re Silc). NC, 2016. Re Silc comments: “On to peak electric vehicles before the batteries, as we know them, kill it.” Helpful suggestion on batteries: Maybe we could innnovate with amusement park bumper car technology?

The 1996 Law That Ruined the Internet Steve Waldman, The Atlantic. Section 203.

Coronavirus vaccine has arrived, but frustrated Americans are struggling to sign up WaPo. Failed states:

Some counties and hospital systems launched reservation websites, only for them to quickly become booked or crash. Others announced appointments only through Facebook, with slots filling before some residents knew to look. And many have not revealed how the vaccine will be made available to anyone beyond health-care workers and long-term care residents and employees, the focus of the first round of vaccinations.

Um, not everybody is on Facebook. That demographic seems a little skewed.

U.S. may cut some Moderna vaccine doses in half to speed rollout, official says Reuters. When your sink is clogged, pouring more water into it won’t solve the problem.

National Trends in the US Public’s Likelihood of Getting a COVID-19 Vaccine—April 1 to December 8, 2020 JAMA. “In this nationally representative survey, self-reported likelihood of getting a COVID-19 vaccine declined from 74% in early April to 56% in early December 2020, despite the early November press releases of high vaccine efficacy for 2 vaccines in phase 3 trials, although prior to Emergency Use Authorization. Low likelihood of getting a COVID-19 vaccine among Black individuals and those with lower educational backgrounds is especially concerning because of their disproportionately higher burden from COVID-19 disease.” Obviously, we need to shame people more and harder.

If only our Failed State could track the superspreaders….

And I think there's a lot to unpack here. First of all, don’t conflate HCW COVID vax hesitancy with the narrative about anti-vax movements & MMR refusal. This is different, there are reasonable concerns that would cause a HCW to refuse. (2/22)

New South Africa variant ‘incredibly worrying’ – Hancock BBC. “[Health Secretary Matt Hancock] has spoken to his South African counterpart and it is ‘even more of a problem than the UK new variant.'” More trouble.

Airborne Transmission of COVID-19: Aerosol Dispersion, Lung Deposition, and Virus-Receptor Interactions ACS Nano. Ambitioius scope. Well worth a read if you’ve got the stamina. Key sentences: “In contrast to direct and fomite transmissions, by which SARS-CoV-2 first infects the nasal cavity, replicates itself in the upper airways, and eventually propagates into the lung periphery, SARS-CoV-2 transmission mediated by aerosols may directly infect the lung interior, thus leading to a rapid onset of the most severe third-phase alveolar infection of COVID-19.” And but: “[P]lausible, direct clinical evidence for lung infection by virus-laden aerosols is still lacking.” Sounds like not being a mouth-breather is linked to survival (assuming the direct infection theory is true). This layperson is not sure about saying lungs = aerosols, nose = fomites. Surely aerosols can be inhaled through the nose too?

Fighting dry hands: Dermatologist shares the best methods KY3. I can’t speak from experience on any of this. For me, not a lot of lather, lukewarm water, air-dry, lots of typing. I use gels and alcohol very infrequently.

Op-Ed: The Pacific Ocean’s Ecology is Under Threat Maritime Executive

Why Indonesia is vaccinating its working population first, not elderly Reuters. Sinovac.

Farmers’ protest: Unions issue ‘ultimatum’, say will hold tractor parade on Republic Day in Delhi if demands not met First Post. The chief guest at the Republic Day parade will be… BoJo?!

2020 Latin America and the Caribbean in Review: the Pink Tide May Rise Again Counterpunch

Venezuela’s government is planning to move to a fully digital economy Bloomberg (Re Silc).

‘We are not prepared’: The flaws inside Public Health that hurt Canada’s readiness for COVID-19 Globe and Mail

“‘I just want to find 11,780 votes’: In extraordinary hour-long call, Trump pressures Georgia secretary of state to recalculate the vote in his favor” Election Law Blog (I can’t fight my way through WaPo’s paywall to the original, oddly). Audio and transcript. Trump seems to think votes are like inventory; he sounds like a builder who wants that “missing” truckload of Breccia Pernice marble found, because everybody’s crooked, and “lost” inventory can always be “found.” And the marble doesn’t have to be that genuine, as long as the paperwork checks out.

People are using Venmo to demand $2K from Mitch McConnell after he blocked stimulus checks Courier-Journal.

US Airlines Will Recall Furloughed Workers In $15 Billion Aid Deal One Mile at a Time (edmondo).

Joe Biden has the opportunity to help the US return to sustainable wage growth by increasing Federal funding for technological innovation LSE USCentre [slaps forehead]. Innovation! Why didn’t anybody think of this?

That’s quite an act! What do you call it?

In the Fight Against Poor Health, the USA Is Punching Well Below Its Weight Inequality.org. Assuming that the goal of our health care system is in fact health care, yes.

UPDATE Julian Assange: Wikileaks founder extradition to US blocked by UK judge BBC. Now to get him out of jail. The US will appeal, of course.

It Took a Pandemic to See the Distorted State of College Sports Sports Illustrated (Re Silc).

Will the U.S. have another civil war? Interview with Paul Staniland Noahpinion

The Comparative Impact of Cash Transfers and a Psychotherapy Program on Psychological and Economic Well-being NBER. So give the billionaires psychotherapy, then? 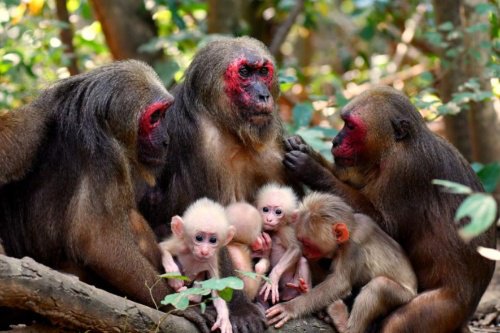