Jupiter Is Bigger Than Some Stars, So Why Didn’t We Get a Second Sun? Science Alert (Chuck L)

Covid-19: Antibodies protect against reinfection for at least six months, study finds BMJ. Large but not fully representative sample. However, this doesn’t yet prove much, since I don’t think anyone suggested that immunity from getting Covid was generally less than six months, given that that’s the shortest immunity period among other common coronaviruses. However, I now know someone in my circle who has been reinfected after a few months…..

Study of 2,351 people with #COVID19 from Brazil, of whom 50% had previously been infected with dengue. Past dengue infection was associated with a halving in the risk of death from COVID-19, suggesting dengue might provide some immunity against SARS-CoV-2.https://t.co/EgD1U43WVL pic.twitter.com/RQlnOdS2Px

Musings of an anonymous, pissed off virologist. pic.twitter.com/IVU1COZPof

“The U.S. coronavirus death toll is forecast to hit around 502,601 on February 4, while the country’s daily COVID-19 death count is projected to peak about a week later at around 5,489 on February 10, according to the latest projections from (IHME).” https://t.co/oYBJgBSxwD

‘Last Responders’ Brace for Surge in Covid Deaths Across US KHN

U.S. may cut some Moderna vaccine doses in half to speed rollout, official says Reuters

At State Department, Some Concerned That Political Appointees Are Jumping the Line to Get COVID-19 Vaccine Foreign Policy

Biden Shift Shows Pressure Can Work David Sirota. IMHO this is seriously overstating the case. Biden did give the $2000 checks lip service but did nada in the way of follow through. So now he’s made the promise again to bolster the GA Senate Dem candidates. How about trying to get it passed regardless and seeing if the Dems could get the moderate Rs in poor states (Murkoswki and Collins, the usual suspects) to join?

California and New York will start paying out an extra $300 a week in unemployment benefits soon, but other states could take weeks Business Insider

Tweetstorm mentions that traffic at Dover now 85% below normal levels:

And in a sign of potential trouble ahead, he said he'd received multiple calls from businesses today who thought they didn't need any new paperwork to cross the border, because the free-trade deal meant they could continue as normal (?) 5/

So… here's what happened.
Uk had to decide how to collect VAT on things people bought online from other countries…UK Govt decided *every company in the world* must sign up for a VAT number, charge VAT & send it to HMRC.
The world said "Nope"?‍♂️ https://t.co/iD92jf8ucr 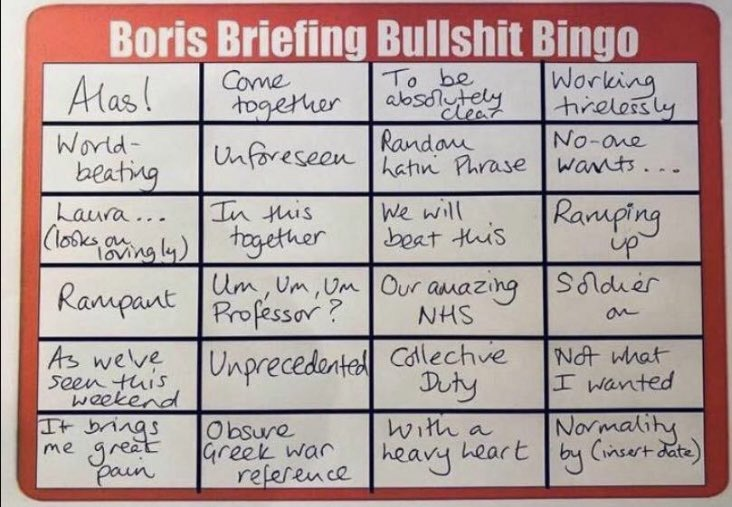 UN Special Rapporteur on Torture @nilsmelzer talks to German State Broadcaster @dwnews on todays Assange decision: “Only when I started to look into pieces of evidence – I saw that the whole narrative that had been spread about Assange for so long – was not supported by evidence” https://t.co/6saCIphxcJ

The Assange Extradition Ruling Is A Relief, But It Isn’t Justice Caitlin Johnstone (Kevin W). The fact that this judge acceded to the appalling US request that Assange be given the Hannibal Lechter treatment in court, put in a cage in the back of the room where he couldn’t hear what was going on well, let alone communicate effectively with counsel, said she’d already decided before the facts were presented. Craig Murray, however, did say that the judge looked uncomfortable with the US high-handedness, so that may explain why the baby was split this way.

Attorney says Census count to determine congressional seats won’t be done until February The Hill. “The postponement of Census data delivery beyond Inauguration Day would dash Trump’s efforts to remove undocumented immigrants from the final count for states, thus reducing their representation in the House and their portion of allocated federal funding. “

“I’ll Be Fierce for All of Us”: Deb Haaland on Climate, Native Rights, and Joe Biden Mother Jones (Kevin C)

Expand the Postal Service in 2021 Nation

THREE MINUTES (AND COUNTING) ON THE OMB TRANSITION OF POWER Politico

There’s definitely a David Brock/CorrectTheRecord-style effort now to amplify division on the left. I suggest being skeptical of letting new accounts infiltrate groups.

The House just approved my proposal to shed light on conflicts of interest in Congressional hearings. As of today, expert witnesses must report grants they receive from foreign governments, and any legal obligations they have to organizations that they testify about.

The biggest story in tech no one’s talking about is Uber discovering they’d been defrauded out of $100M – or 2/3 of their ad spend.

And all bc Sleeping Giants kept bugging them to block their ads on Breitbart. pic.twitter.com/SiS3MndewS

The Prophet of Maximum Productivity New York Review of Books

Janet Yellen made $7 million for giving speeches over two years. How big of a deal is that? Vox (Kevin C)

More than 200 US Google employees form a workers’ union Guardian

Antidote du jour (CV). Oh, would I like to lounge on a beach!

And a bonus. Lance N: “Now I’m fascinated, I didn’t know fish would grow outside the egg sac
and slowly suck it down.”

The #babySkates are definitely doing better. Lots of movement, vascularity looks good, and yolks looking round and healthy. pic.twitter.com/U4JIsBLuXu

And another bonus (guurst). The colors!

This is the squirrel in the video below that people keep asking about.

It lives in India and it’s called the Malabar Giant Squirrel.

Jack fruit is a main part of its diet along with bananas. They also eat nuts, bark, and flowers. https://t.co/rS45cyDoRk pic.twitter.com/OmhLcAtopt