Yves here. Tom Neuberger gives an incisive and not at all cheery take on what is in store with President Biden. One tidbit stuck out: that the rule of thumb in DC is that $1 million in donations buys $1 billion in favors.

No wonder guys in private equity are so rich. The leverage is so much greater. The rule of thumb decades ago at CalPERS was that the price of a $100 million commitment was a steak dinner. Since commitment sizes have gone up over time, if anything, the gearing has increased.

Humpty Dumpty can’t be put back together again. Gonna be weird watching them try—gonna be dangerous when they finally realize they can’t, and go looking for scapegoats & distractions.

Amid the hagiographic joy, I find myself quite concerned.

Not only am I confronted by the next neoliberal president and his or her four (or more) years in office, about which I wrote in 2016, “The more I contemplate what could easily lie ahead, the more my stomach hurts and my heart aches. One more neoliberal president is exactly one more than I honestly think I can take.”

But I also worry, given events that preceded the inauguration, that the reaction express will go entirely off the rails, in exactly the wrong and exactly the worst way possible.

About the first concern, the praise-approaching-idolatory being given to the newly installed president suggests that the Standard Democratic Pattern still holds true; that very bad Democratic presidents are washed and cleansed by the receding light of the even-worse Republican presidents that preceded them.

Thus a terrible Bill Clinton followed the much worse Reagan-Bush, and was loved for it. A terrible (yes, he really was bad) Barack Obama followed the murderous Bush-Cheney regime, and is fawned over still by everyone with a major microphone, licked clean of any fault whenever his name comes up.

Yes, he codified the right of presidents to order American citizens killed — in his drone-kill program he too was a murderous man — but he told a good, if scary, joke about it, so it’s all good.

Even George Bush, the man who killed a million Iraqis, was baptized by the Obama clan and welcomed back to the Church of Your Respectable Betters. 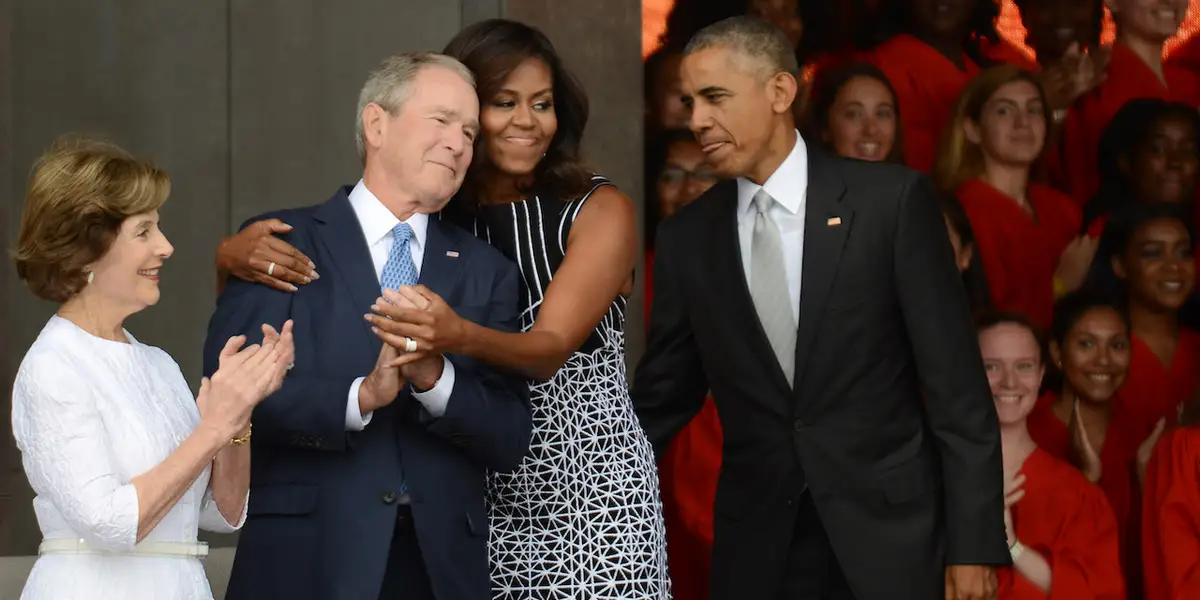 And now comes Joe Biden, Slayer of Trump, he of the racist past and the death-by-student-loans future, to bring the ship of state to its former moorings, docked at the wharf that holds our billionaires’ yachts and their owners’ available pocket change. (It’s pretty well established that the ROI on bribes-cum-campaign-contributions is about 1000:1. That is, a million dollars in contributions buys about a billion worth of favors, benefits and federal contracts — and sometimes a whole lot more. Our professional political crooks need a better agent. I volunteer.)

I’m not sure I can watch the next four years play out, not the many betrayals sprinkled with praiseworthy deeds, nor the protective hagiography that will be spun around him as he blindly wrecks what the rest of us hold dear — the ability to live in this economy, the next generation’s climate, and this generation’s good sense, though the latter may have been a lost cause since the day Hillary Clinton first screamed “Russia” and no one told her, “No, it was actually your fault.”

Cracking Down on Everyone’s ‘Insurrection’

About more recent events I’m even more pessimistic. It looks like the national security state will use the “riot,” the “insurrection,” the whatever-it-looked-like-to-you, to clamp down even more on a beleaguered people.

The actual insurrectionists, those who stormed the Capitol, comprised, as I understand it, less than half of the whole crowd that gathered outside. Among the latter were a great many people who’d simply just had it with our entire political system and didn’t mind showing it. We can demonize them, or listen to them.

A telling statistic: The news is awash with stories of Republican support for the “stormers.” According to The Hill, for example, a “majority of Republicans” — more than 35 million voters — blame Biden for the mob that stormed the Capitol, and “45 percent of registered GOP voters” say “they actively supported the actions of the demonstrators.”

That data can be read in two ways. It’s how you read it that’s telling:

• Either half of all Republican voters are so far lost in Clinton’s “basket of deplorables” that there’s nothing left but to close them off, to scorn and contain their racist, fascist selves. Thus the censorship, the deplatforming, the crackdowns, the inevitable increased shaming.

• Or half of all Republican voters are as fed up with our well-moneyed leadership class as the whole of the rest of the unmoneyed country is, and they’re happy to join the only mob willing to express that anger for them, even if that mob, God help us, seems inclined toward murder.

You Know Something Is Happening. Are You Sure You Know What It Is?

If something else is happening, it’s a something no amount of muscular intrusive policing, domestic spying and entrapment, deplatforming by the security state’s private-sector accomplices, and continuing economic torture will cure.

In fact, the further Democratic Party leaders lean into those punishing acts, the more entrenched the mass of disaffecteds will become, and the more tempted they will be by right-wing solutions for their ills.

If Liberal America were indeed a land of grace, the place of truth and light it imagines it is and sells itself to be — we’d be facing much less of a problem. There really would be a good team and a bad one to choose between.

But Liberal America is itself a rotted tree, though of a different kind than the right-wing one, and the disaffected see that as well. If so, where can they turn to bridge the gap between their needs and real solutions?

Democrats in power, of course, could offer left-wing solutions, real ones, to bridge that gap for them and heal the emmiserated, just as their political ancestors did in the 1930s.

Joe Biden: “I beat the socialist. That’s how I got elected.”

And so, as I said, I find myself quite concerned. Actually frightened, in fact. The next neoliberal president may just be the one who collapses the whole damn building on our heads.