Calendar year 2020 was an extreme and abnormal year, in so many ways. The global coronavirus pandemic altered people’s lives around the world, as did extreme weather and climate events. Let’s review the year’s top 10 such events.

The official rankings will not be released until January 14, but according to NASA, Earth’s average surface temperature in 2020 is likely to tie with 2016 for the hottest year on record, making the last seven years the seven hottest on record.

Remarkably, the record warmth of 2020 occurred during a minimum in the solar cycle and in a year in which a moderate La Niña event formed. Surface cooling of the tropical Pacific during La Niña events typically causes a slight global cool-down, as does the minimum of the solar cycle, making it difficult to set all-time heat records. The record heat of 2020 in these circumstances is a demonstration of how powerful human causes of global warming have become. 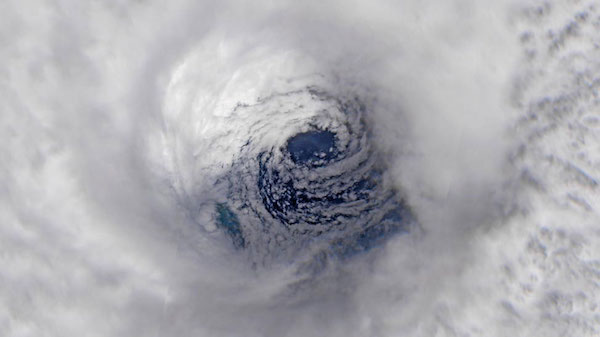 Figure 1. The eye of category 5 Hurricane Iota on November 16, the strongest hurricane of the 2020 season, as seen by the Sentinel-2 satellite. (Image credit: Pierre Markuse)

Two catastrophic category 4 hurricanes hit Central America in November: Hurricane Iota, the latest category 5 storm ever recorded in the Atlantic, and Hurricane Eta, the deadliest tropical cyclone worldwide in 2020, with at least 274 people listed as dead or missing. At least seven hurricanes from 2020 will be worthy of having their names retired: Iota, Eta, Zeta, Delta, Sally, Laura, and Isaias – although there is still no official mechanism for retiring storm names from the Greek alphabet. The record for most names retired in one Atlantic season was set in 2005, when five hurricanes had their names retired. 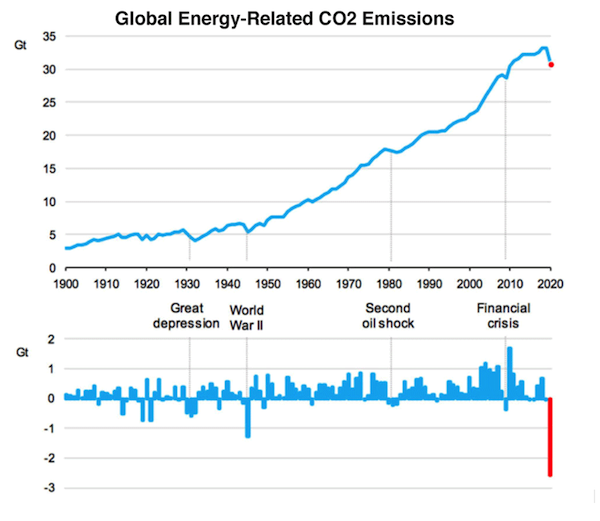 Figure 2. Global energy-related emissions (top) and annual change (bottom) in gigatons of carbon dioxide, with projected 2020 levels highlighted in red. Other major events are indicated to a give a sense of scale. (Image credit: Carbon Brief, using data from the Global Energy Review)

As a result of restrictions taken to curb the coronavirus pandemic, carbon emissions to the atmosphere in 2020 declined by 9 to 10% in the U.S. and 6 to 7% globally, although some of those reductions were offset by carbon released by wildfires. Those are the largest annual carbon emissions declines since World War II and far more than the 1% global and 6% U.S. emissions drops brought about by the 2008 Great Recession.

Nevertheless, atmospheric carbon dioxide levels rose by 2.6 parts per million from 2019 to 414 ppm in 2020. The amount of carbon in the atmosphere will not decline until human emissions reach net zero. Moreover, as coronavirus restrictions were lifted during 2020, global carbon pollution nearly rebounded to pre-COVID levels. The year 2020 brought record levels of fire activity to the U.S. and Arctic, but unusually low levels in Canada and tropical Africa, resulting in a below-average year for global fire activity, according to the Copernicus Atmosphere Monitoring Service. According to Insurance broker Aon, the global direct cost of wildfires in 2020 was $17 billion, ranking as the fifth-costliest wildfire year, behind 2017, 2018, 2015 (major Indonesian fires), and 2010 (major Russian fires).

The Australian bushfire season ending in early 2020 (due to seasons in the Southern hemisphere being the reverse of those in the Northern hemisphere) was also a record-breaker, having burned more than 46 million acres and destroyed more than 3,500 homes.

The National Interagency Fire Center reported that U.S. wildfires burned 10.25 million acres as of December 18, 2020, the highest yearly total since accurate records began in 1983. The previous record was 10.13 million acres in 2015. The hottest August through October period in Western U.S. history, combined with severe drought and a once-in-a-generation offshore wind event, conspired to bring about an apocalyptic western U.S. wildfire season. Total U.S. wildfire damages in 2020 were $16.5 billion, said Aon, ranking as its third-costliest year on record, behind 2017 ($24 billion) and 2018 ($22 billion). Wildfires caused at least 43 direct U.S. deaths. But the indirect death toll among people 65 and older in California alone during the period August 1-September 10 – due to wildfire smoke inhalation – was likely between 1,200 and 3,000, researchers at Stanford University reported in a September 11 study. The 4.2 million acres burned in California in 2020 was more than double the previous record set in 2018.

Super Typhoon Goni made landfall near Bato, Catanduanes Island, Philippines, on November 1 with sustained winds of 195 mph and a central pressure of 884 mb, according to the Joint Typhoon Warning Center, or JTWC. Goni was the strongest landfalling tropical cyclone in world recorded history, using one-minute average wind speeds from the National Hurricane Center for the Atlantic/Northeast Pacific and one-minute average winds from JTWC for the rest of the planet’s ocean basins.

Goni killed 31 people, damaged or destroyed 250,000 homes, and caused over $1 billion in damage, tying it with Typhoon Bopha in 2012 and Typhoon Vamco in 2020 as the Philippines’ second-most expensive typhoon on record, adjusted for inflation. Only Super Typhoon Haiyan in 2013 ($11.1 billion) was more damaging.

Ominously, seven of the 10 strongest landfalls in recorded history have occurred since 2006. 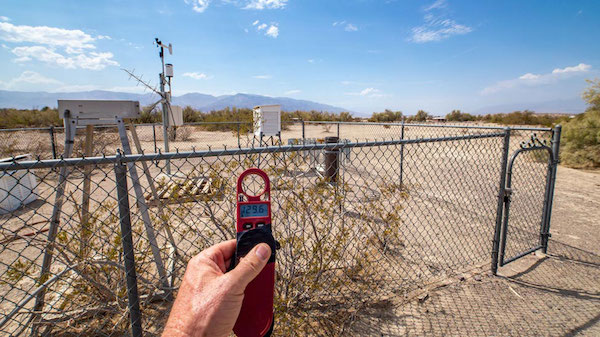 Death Valley, California, hit an astonishing 129.9 degrees Fahrenheit (54.4°C) at 3:41 p.m. PDT, August 16, 2020, at the Furnace Creek Visitor’s Center. This reading was rounded to 130 degrees Fahrenheit in the daily summary from NOAA. According to weather records experts Christopher Burt, who wrote the comprehensive weather records book “Extreme Weather,” and Maximiliano Herrera, who tweets under the Twitter handle, Extreme Temperatures Around the World, the observation may be the hottest reliably recorded temperature in world history, breaking the 129.2 degrees Fahrenheit readings at Death Valley in 2013 and in Kuwait in 2016.

The World Meteorological Organization is conducting a review of the site’s observing equipment. “If the observation passes an investigation (instrument calibration, etc.) then, yes, this is a new reliably measured global extreme heat record,” Burt wrote by email. However, the official world record will remain a 134 degrees Fahrenheit measurement taken at Death Valley on July 10, 1913, a record widely viewed as bogus.

7. Most Expensive 2020 disaster: Flooding in China Causes $32 billion in Damage

Seasonal monsoon flooding in China in June through September killed 278 people, damaged or destroyed 1.4 million homes and businesses, and did $32 billion in damage, according to insurance broker Aon. EM-DAT, the international disaster database, ranks that total as the third-most expensive non-U.S. weather disaster since accurate records began in 1990 (adjusted for inflation), behind 1998 flooding in China ($48 billion) and 2011 flooding in Thailand ($47 billion).

In a September 2020 study published in the Bulletin of the American Meteorological Society, “Each 0.5°C of Warming Increases Annual Flood Losses in China by More than US$60 Billion,” researchers found that annual average flood losses in China during the period 1984-2018 were $19.2 billion (2015 dollars), which was 0.5% of China’s GDP. Annual flood losses increased to $25.3 billion annually during the period 2006-2018. The study authors predicted that each additional 0.5 degrees Celsius of global warming will increase China flood losses by $60 billion per year. 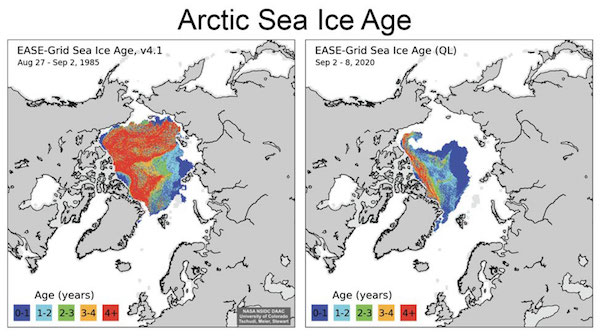 Figure 5. Arctic sea ice age near the time of the annual minimum in 1985 (left) and in 2020 (right). There is very little old, thick ice left in the Arctic, increasing the chances of a late-summer ice-free Arctic by the 2030s. (Image credit: Zack Labe)

Arctic sea ice reached its annual minimum on September 15, 2020, bottoming out at its second-lowest extent and volume ever recorded, behind 2012. A new study suggests that the 2012 record hasn’t been broken despite ever-rising temperatures because the rapidly-warming Arctic has altered the jet stream, leading to cloudy summer Arctic conditions that have acted to temporarily preserve some of the sea ice. However, long-term global warming will inevitably win out, and scientists expect the Arctic to be ice-free in the summer beginning sometime between 2030 and 2050. Overall, three-quarters of the volume of summer sea ice in the Arctic has melted over the past 40 years.

The Northern Sea Route along the northern coast of Russia finally froze shut on November 3, after being open a record 112 days, and 2020 was the busiest shipping season ever for natural gas tankers in the Arctic, according to Bloomberg.

9. U.S. Withdrawal from Paris Climate Accord and Election of Joe Biden

The U.S. officially withdrew from the Paris Climate Agreement the day after the November 3, 2020 election. But Joe Biden, who won that presidential election, has announced his intent to immediately rejoin the Paris agreement on the day of his inauguration: January 20, 2021.

President-elect Biden considers tackling climate change a top priority and has proposed a plan to invest $2 trillion over four years in deploying climate solutions. He has assembled a team tasked with carrying out that plan, including several climate-focused cabinet member-nominees and the first national adviser on climate change.

It’s a dramatic change from the previous administration’s record of climate and environmental protection rollbacks.

Through the end of November, 44 billion-dollar weather disasters had occurred globally in 2020, according to the November 2020 Catastrophe Report from insurance broker Aon. The record in the Aon database is 47, set in 2010, and 2020 could challenge that record when the final tallies are announced on January 25, 2021.

The United States suffered 25 billion-dollar weather disasters in 2020, surpassing Aon’s previous U.S. record of 20 in 2017. The record number of U.S. disasters led to the American Red Cross’s providing record levels of disaster sheltering in 2020, according to a December 2 article by E&E News.

The report blamed human-caused climate change as a significant factor in the increased disasters. It warned: “It is baffling that we willingly and knowingly continue to sow the seeds of our own destruction, despite the science and evidence that we are turning our only home into an uninhabitable hell for millions of people.” The U.N. report authors called attention to “industrial nations that are failing miserably on reducing greenhouse gas emissions to levels commensurate with the desired goal of keeping global warming at 1.5 degrees Celsius as set out in the Paris Agreement.”