The Gray Market: How Deep-Pocketed Crypto-Collectors Are Rushing Into an Old Art-Market Trap (and Other Insights) Artnet

Is that ship still stuck? As of this writing: “Sort of?”

“We have seen many celebratory messages over the past week, but I will stick to the facts,” Peter Berdowski of Boskalis (SMIT salvage) told @NPORadio1 on Monday morning.

“The facts are that it has indeed rotated. But the bow is still strongly stuck in the clay.”

She starts,—she moves,—she seems to feel / The thrill of life along her keel–

🚨The Ever Given is floating🚨pic.twitter.com/GNzlzaom8q

Too big to sail? The debate over huge container ships FT

Amish community in Pennsylvania becomes first in US to achieve herd immunity after reopening churches led to 90% of households being infected with the virus last year Daily Mail. I would want to know much more about the effects of Amish intermarriage on the community’s collective immune system before drawing any sort of conclusion. (The Daily Mail’s image is of the very same Amish food stall in Philly’s Reading Terminal Market, where I used to shop regularly!)

Pollen Can Raise Your Risk of COVID-19 – and the Season Is Getting Longer Thanks to Climate Change Discover (original).

1/ A sad anniversary: 1 year since one of the worst errors in the history of Public Health

SARS-CoV-2 is mostly transmitted through the air

But @WHO said, just a year ago, "FACT: IT IS NOT AIRBORNE"

And that saying it was airborne was "misinformation"https://t.co/GGkqQrnK5M

Give pause before you raise a glass to the prospect of a vaccine passport Guardian. Commentary:

8/ But before that, Nazis created exactly what ‘Vaccine Passports’ explicitly promise: separation of society into two tiers: the ‘clean’ (privileged, with access) and ‘unclean (restricted, stigmatized, marginalized). There is no going back once this platform unrolls; no escape.

We don’t have AIDS passports, or measles passports, or tuberculosis passports. I’d also speculate, from Wolf’s clean/unclean dichotomy, that one of the lesser-known emotions that authoritarianism feeds off may well be hatred’s mannerly sibling, disgust (“deplorables”). Liberal calls for out-group censorship also fit into this frame.

The Week in Fascism Unpopular Front

Xinjiang cotton dispute: the ‘era of bullying China’ is over, officials warn the West SCMP

Chafing At Xinjiang Rebuke, China Ready To Burn Off Some Fingers Heisenberg Report

How Should the United States Compete With China’s Belt and Road Initiative? Council on Foreign Relations

Thousands take to the streets in Myanmar after bloodiest day since coup Reuters. Armed groups, warlords, or proto-states? Impressive:

Inside Myanmar’s Army: ‘They See Protesters as Criminals’ NYT. “Criminals”? Maybe. I don’t know anything about Myanmar policing, but I have to say that taking down a criminal with a shot to the head seems excessive, even by Myanmar standards.

Marisa: The Violence Of Lawfare And The End Of A Lie Brasilwire

Understanding Political and Social Unrest in Bolivia ACLED. Useful timeline, but “Jeanine Añez… was appointed as interim president” shows a revealing lack of agency. And then there’s this:

I'd love to see reporting on how this comes to be. What concretely motivates Biden's Secretary of State to single out a country that just extraordinarily undid a coup, democracy against all odds, while Brazil sits gigantically next door? I know, ideology, the blob. *Concretely.* https://t.co/WwZPEu8Esa

Boris Johnson cheated with lover Jennifer Arcuri in family home while wife was away Mirror. I see the “Boorish Johnson” joke has been made already. Oh, well.

For a better, faster recovery: €1,000 checks for Europeans Politico

In Quest of a Multi-Polar World Michael Hudson and Pepe Escobar, Consortium News

Biden and the Blame Game at the Border The New Yorker

Stop Anti-Chinese Hate, But Not Anti-China Politics? Yasha Levine, Immigrants as a Weapon

Ten Months After George Floyd’s Death, Minneapolis Residents Are at War Over Policing NYT. “I’ve never seen people so on edge like they are today.”

Seashell Art and Rock Gardens NYT. The deck: “With the New York charity circuit on hiatus, here is how some philanthropists and society figures are spending their time and resources during the pandemic.”

How to Map Nothing Places Journal

AI: Ghost workers demand to be seen and heard BBC

Hugs are good for us. But when will they be safe? Globe and Mail

Shanna Swan: ‘Most couples may have to use assisted reproduction by 2045’ Guardian

How to Be Animal Orion 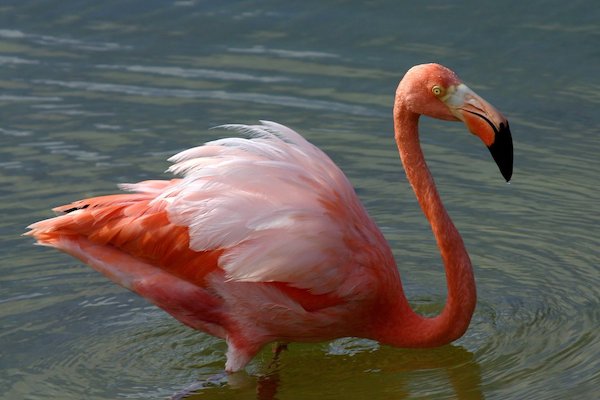 This has to be what heaven looks like ?pic.twitter.com/OwVJtSKTmh