Yves here. It’s remarkable to read that the US military has been caught flat-footed with the retreat of Arctic sea ice. They got the global warming memo; various highly respected and widely read experts have been warming of mass migrations and geopolitical destabilization since the early 2000s. The retreat of the polar ice cap and the coming of a Northern passage has also been extremely well covered (cue photos of starving polar bears). Yet the arms merchants missed this selling opportunity? Stunning!

For decades, the frozen Arctic was little more than a footnote in global economic competition, but that’s changing as its ice melts with the warming climate.

Russia is now attempting to claim more of the Arctic seabed for its territory. It has been rebuilding Cold War-era Arctic military bases and recently announced plans to test its Poseidon nuclear-powered, nuclear-armed torpedo in the Arctic. In Greenland, the recent election ushered in a new pro-independence government that opposes foreign rare earth metal mining as its ice sheet recedes – including projects counted on by China and the U.S. to power technology.

The Arctic region has been warming at least twice as fast as the planet as a whole. With the sea ice now thinner and disappearing sooner in the spring, several countries have had their eyes on the Arctic, both for access to valuable natural resources, including the fossil fuels whose use is now driving global warming, and as a shorter route for commercial ships.

A tanker carrying liquefied natural gas from northern Russia to China tested that shorter route this past winter, traversing the normally frozen Northern Sea Route in February for the first time with the help of an icebreaker. The route cut the shipping time by nearly half. 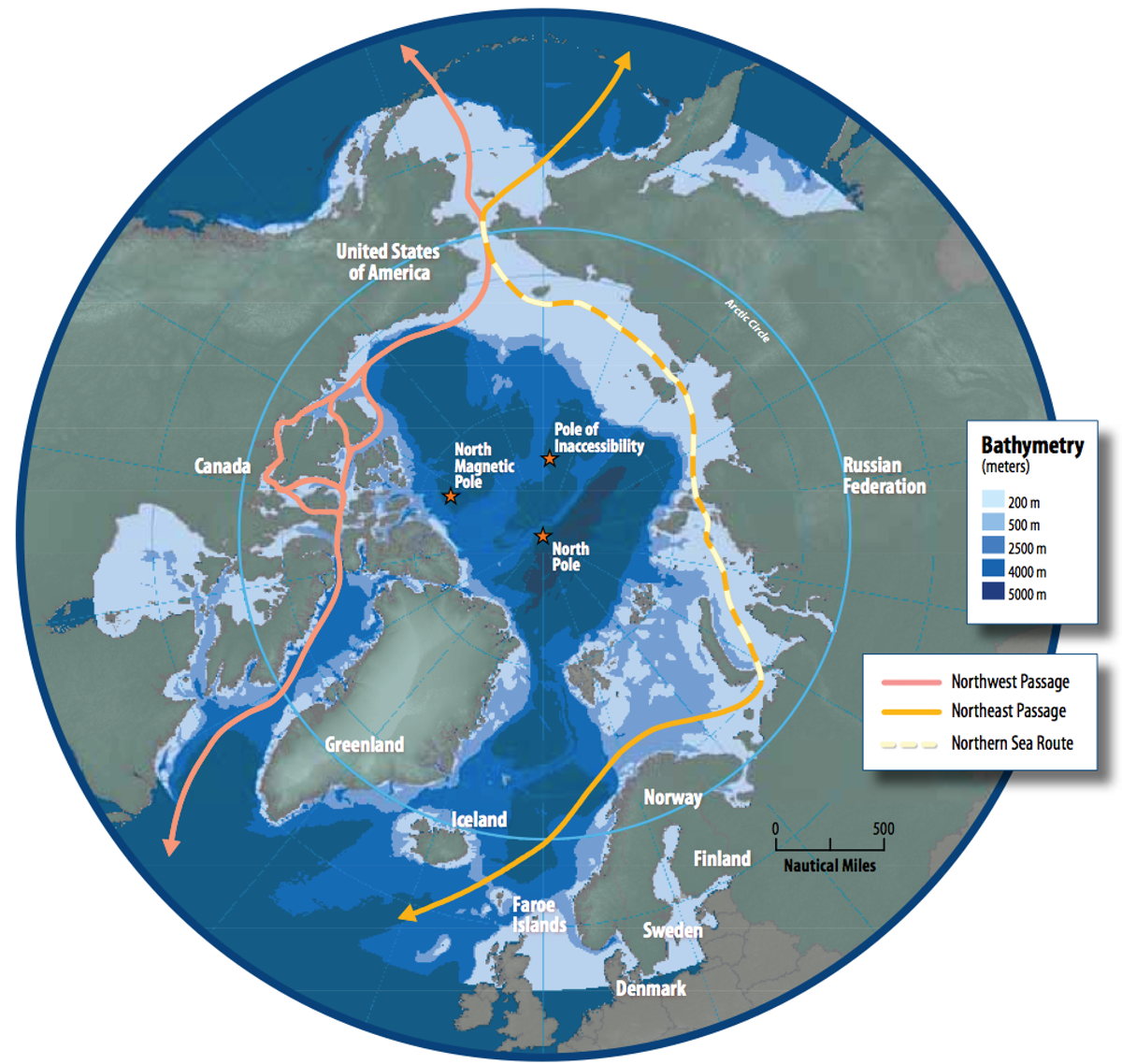 Russia has been building up its icebreaker fleet for years for this and other purposes. The U.S., meanwhile, is playing catch-up. While Russia has access to more than 40 of these ships today, the U.S. Coast Guard has two, one of them well past its intended service life.

As an expert in maritime trade and Arctic geopolitics, I have been following the increasing activity and geopolitical tensionsin the Arctic. They underscore the need for fresh thinking on U.S. Arctic policy to address emerging competition in the region.

The Problem with America’s Icebreaker Fleet

America’s aging icebreaker fleet has been a persistent topic of frustration in Washington.

Congress put off investing in new icebreakers for decades in the face of more pressing demands. Now, the lack of polar-class icebreakers undermines America’s ability to operate in the Arctic region, including responding to disasters as shipping and mineral exploration increase.

It might sound counterintuitive, but diminishing sea ice can make the region more dangerous – breakaway ice floes pose risks both to ships and to oil platforms, and the opening waters are expected to attract both more shipping and more mineral exploration. The U.S. Geological Survey estimates that about 30% of the world’s undiscovered natural gas and 13% of undiscovered oil may be in the Arctic. 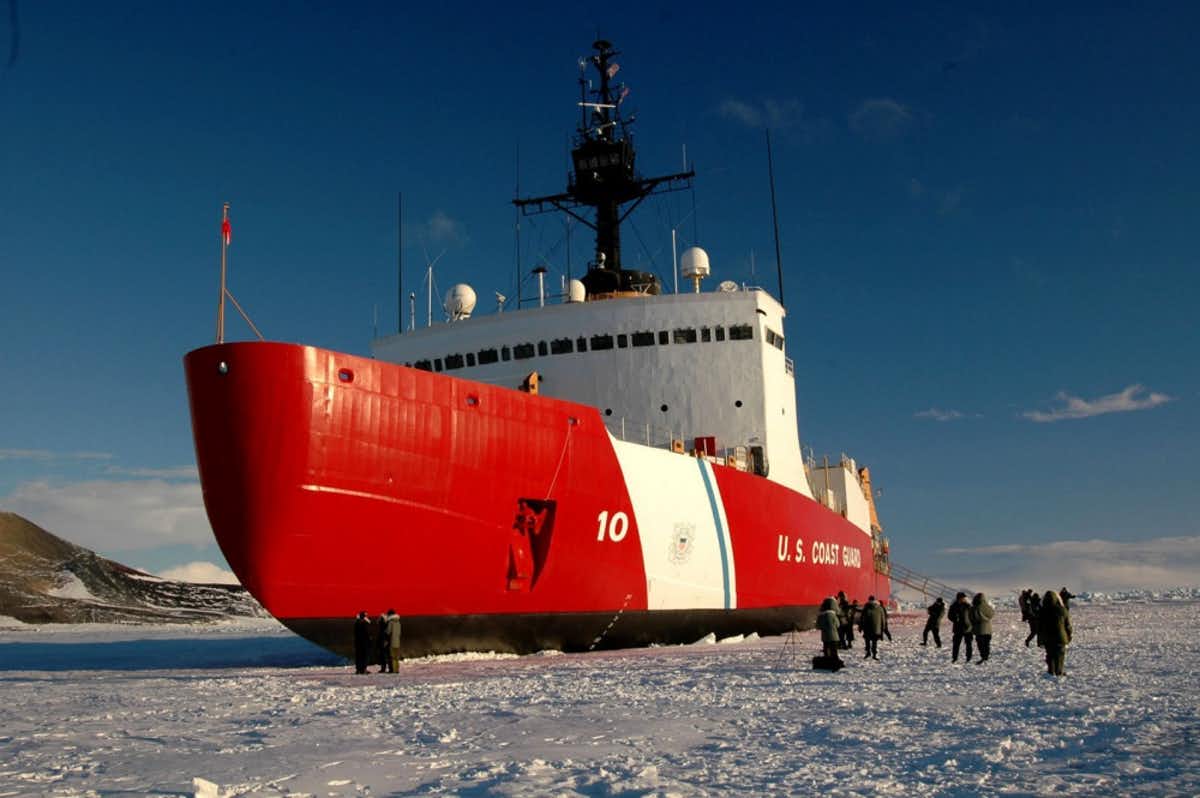 The U.S. Coast Guard has just two icebreakers to manage this changing environment.

The Polar Star, a heavy icebreaker that can break through ice up to 21 feet thick, was commissioned in 1976. It is usually posted to Antarctica in the winter, but it was sent to the Arctic this year to provide a U.S. presence. The crew on the aging ship has had to fight fires and deal with power outages and equipment breaks – all while in some of the most inhospitable and remote locations on Earth. The second icebreaker, the smaller Healy, commissioned in 2000, suffered a fire on board in August 2020 and canceled all Arctic operations. 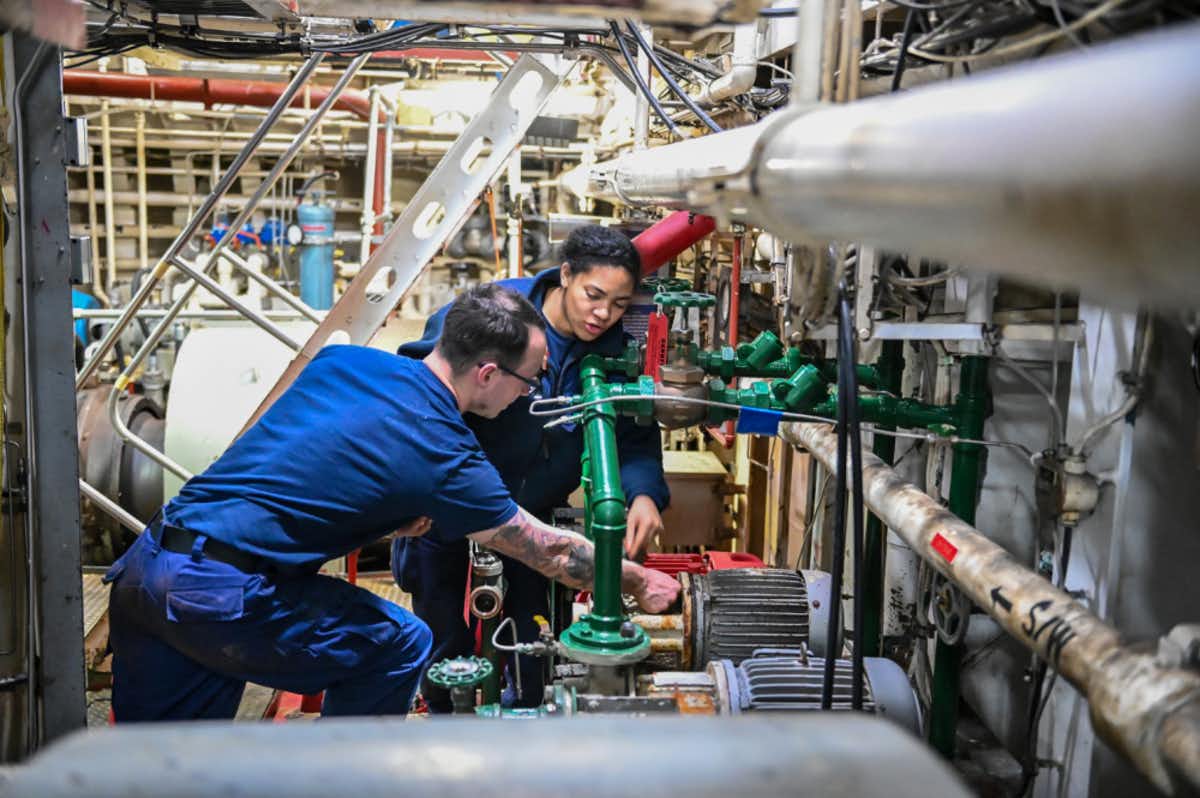 Congress has authorized construction of three more heavy icebreakers at a total cost of around US$2.6 billion and has funded two of them so far, but they take years to produce. A shipyard in Mississippi expects to deliver the first by 2024.

One way to add to the icebreaker fleet would be to have allies jointly procure and operate icebreakers, while each still builds up its own fleet.

For example, the Biden administration could collaborate with NATO allies to create a partnership modeled on NATO’s Strategic Airlift Capability of C-17 airplanes. The airlift program, started in 2008, operates three large transport planes that its 12 member nations can use to quickly transport troops and equipment.

Using the Law of the Sea

Another strategy that could boost U.S. influence in the Arctic, buffer looming conflicts, and help clarify seabed claims would be for the Senate to ratify the United Nations Convention on the Law of the Sea.

The Law of the Sea took effect in 1994 and established rules for how the oceans and ocean resources are used and shared. That includes determining how countries can claim parts of the seabed. The U.S. initially objected over a section that limited deep seabed mining, but that section was amended to alleviate some of those concerns. Presidents Bill Clinton, George W. Bush and Barack Obama all urged the Senate to ratify it, but that still has not happened.

Ratification would give the U.S. a stronger international legal position in contested waters. It also would enable the U.S. to claim more than 386,000 square miles – an area twice the size of California – of Arctic seabed along its extended continental shelfand fend off any other country’s overlapping claims to that area.

Without ratification, the U.S. will be forced to rely on customary international law to pursue any maritime claims, which weakens its international legal position in contested waters, including the Arctic and the South China Sea.

The Arctic has generally been a region of international cooperation. The Arctic Council, an international body, has kept eight countries with sovereignty over land in the region focused on the Arctic’s fragile ecosystem, the well-being of its Indigenous peoples, and emergency prevention and response.

Over the past few years, however, “near-Arctic” countries, including China, Japan, South Korea, Britain and many European Union members, have become more engaged, and Russia has become more active.

With the rising tensions and expanding interest in the region, the era of cooperative engagement has started to recede with the melting sea ice.