Miscellaneous electric loads: Characterization and energy savings potential (preprint) Energy & Buildings. From the Abstract: “Over time, miscellaneous electric loads (MELs) are expected to increase both in magnitude and share of residential and commercial building energy consumption. This trend is most apparent in North America, but it is also occurring in Japan and Europe. However, the contribution of MELs to building energy use is not currently well understood, both because the products in this category are transforming rapidly and the definition and classification of MELs is ambiguous. This study estimated the national energy consumption of 36 MELs using bestavailable data and found them to comprise 12% of delivered electricity to the U.S. residential and commercial building sectors. If 26 of these MELs were replaced with the most energyefficient product models available on the market, their energy consumption could be halved to 6% of delivered electricity. National energy models will better account for building energy consumption by incorporating the MELs data collected and analyzed for this study, leading to improved policy decisions.” Handy charrt: 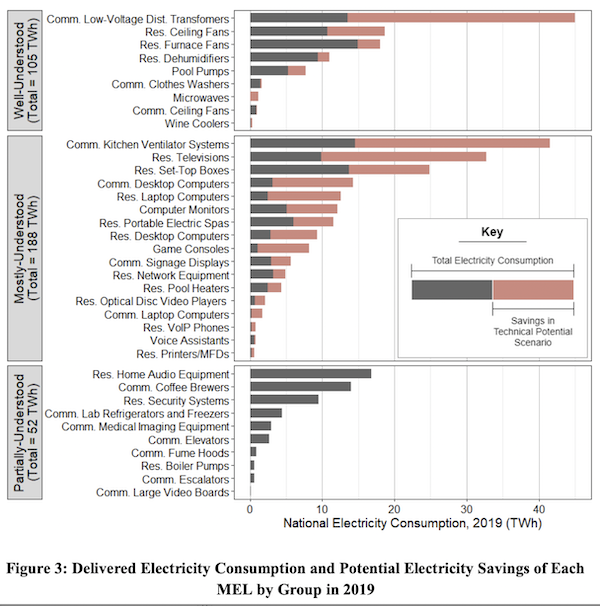 The destructive green fantasy of the bitcoin fanatics FT Alphaville

After a blistering start, Biden’s vaccine rollout faces new hurdles FT. We’re 100 days into the Biden administration, so Biden owns this. And “blistering” gives Biden far too much credit.

The problem with worldwide COVID vaccine access is not the patents: the vaccines have all been sequenced, the exact contents are on freaking GitHub and have been forever. I know Moderna has waived their patent for sure; I think several others have too. The issue is manufacturing.

The poster is not a subject matter expert, but he makes a compelling argument. It is true that for elites, public relations campaigns are cheaper and easier than forcing capital re-allocation. That, they don’t like at all.

Soldiers are refusing the vaccine out of spite: ‘This is the first time I get to tell the Army no!’ Task & Purpose. Scold ’em. That”ll work.

I’m an epidemiologist. Here’s what I got wrong about covid. WaPo. Worth a read.

Can we have an encore? 👏

Researchers have found there were no big COVID-19 outbreaks among people who attended a large test concert in Spain last month. pic.twitter.com/3GLfNA5odn

How Not to Win Allies and Influence Geopolitics Foreign Affairs

Myanmar Junta Says ASEAN’s Views Will Be Considered After Stability Returns The Irrawaddy. Of course, of course.

Both Seoul City And Paju City Confirm That BLACKPINK’s Jennie Did Not Break Any Social Distancing Regulations Koreaboo. The press covers a national champion.

How Cult Worship Drove Us Into Crisis The Wire

If you want to get the West’s attention, talk about the Holocaust Africa is a Country

A regime of Jewish supremacy from the Jordan River to the Mediterranean Sea: This is apartheid B’Tselem

In the court of King Boris, only one thing is certain: this will all end badly Guardian

Like billionaire-controlled media, The Guardian misinforms its readers on the UK’s role in world Declassified UK

Self-driving cars could be allowed on UK motorways by the end of this year Sky News. Also unicorns!

Le Pen on Defensive as Retired French Generals Talk of Revolt Bloomberg. The story is better than the headline.

A new deal for the young: building better jobs FT

On Key Issues Like the Civilian Climate Corps, Joe Biden Is Still Thinking Far Too Small Jacobin. As he would, given that as of now elites are not responding to any material threat, so naturally their adjustments are underpowered with respect to the non-elites they hope to appease and divert, and to the scope of our situation globally (or rather planetarily, if that is a word). Their minds are not, as it were, concentrated.

U.S. to help Guatemala train its border protection force Politico. School of the Americans too wussy?

Some foreign students will be allowed back into U.S. this fall Axios

A meta-analysis of climate migration literature (PDF) Center for Economic Policy Analysis, University of Potsdam. From the Abstract: “We find that extremely high temperatures and drying conditions increase migration. We do not find a significant effect of sudden-onset events. Climate migration is most likely to emerge due to contemporaneous events, to originate in rural areas and to take place in middle-income countries, internally, to cities.”

SCOOP: Generals seek new ammo for ‘waging the truth‘ Politco. “The internal memo from nine regional military commanders last year, which was reviewed by POLITICO and not made public, implored spy agencies to provide more evidence to combat ‘pernicious conduct.'” Really? I would have sworn the majors already have bureaus embedded at Langley and Fort Meade*. Who’s not doing their job, here? NOTE * What an unfortunate use of a great Union general’s name.

New: This is a stunning chart.

The amount it costs to provide health care to people with employer insurance rises steadily with age.

Then, people turn 65 and go on Medicare, and the cost of health care drops precipitously.https://t.co/2HhgSvKrZr@matthew_t_rae @jcubanski pic.twitter.com/5kFiBllkj9

Burning Man 2021 is officially canceled. But 2022 reservations are on sale for $2,500 San Francisco Chronicle

Lexmark’s toxic printer-ink Cory Doctorow, Pluralistic. Doctorow has been on fire lately; sometimes the tweet storms are more fun to read than their post versions.

How the Federal Reserve Is Increasing Wealth Inequality ProPublica

Making the Top 1% Its Own Tax Class The Big Picture

Rich Americans Face Biden Tax Hike With Anger, Denial and Grief Bloomberg. And meetings with their accountants (if the family office isn’t already handling that).

Commentary: Saving City College Richmond Review/Sunset Beacon. “Public schools are at the center of the manufactured breakdown of the fabric of everyday life. They are under attack not because they are failing, but because they are public.” –Henry Giroux

The man who stole a hotel Capital Daily 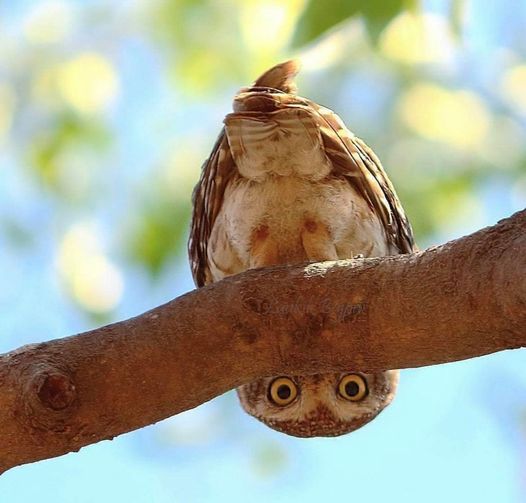 The owl of Minerva is upside down only in daylight.