Yves here. The book profiled in this review, The Hospital, is flawed due to the author telling the story through a central character who then gets himself ejected from leadership by mismanaging a sexual harassment allegations against a staffer. However, many of its observations will still sound familiar to readers, such as medical industry workers who try to put patient care first are hopelessly caught up in a grift machine.

By Jaime R. Herndon, a medical and parenting writer who also writes about popular culture in her spare time. Her work has appeared in New York Family magazine, Book Riot, Fiction Advocate, Today’s Parent, Motherly, Healthline, and Health Union, among other publications. She is currently working on an essay collection. Originally published at Undark

The Covid-19 pandemichas illuminated systemic problems in health care in ways that some people never took notice of before: health inequities, racism, ableism, and social and economic structures have all come to the forefront. But for those living with it, none of this was a surprise. Those inequities also exist at the structural level with hospitals, the subject of journalist Brian Alexander’s book “The Hospital: Life, Death, and Dollars in a Small American Town.”

Alexander explored the economic realities of small-town America in his previous book, “Glass House,”and it’s clear that he’s knowledgeable and comfortable with the topic in his new book as well. “The Hospital” begins in 2018, when health care had become America’s largest industry, making up 18 percent of the economy and accounting for about $3.6 trillion annually. Health is big business, Alexander writes, but hospital economics are not like regular economics, which is the backbone of the problem for the Community Hospitals and Wellness Centers (CHWC) location in Bryan, Ohio. 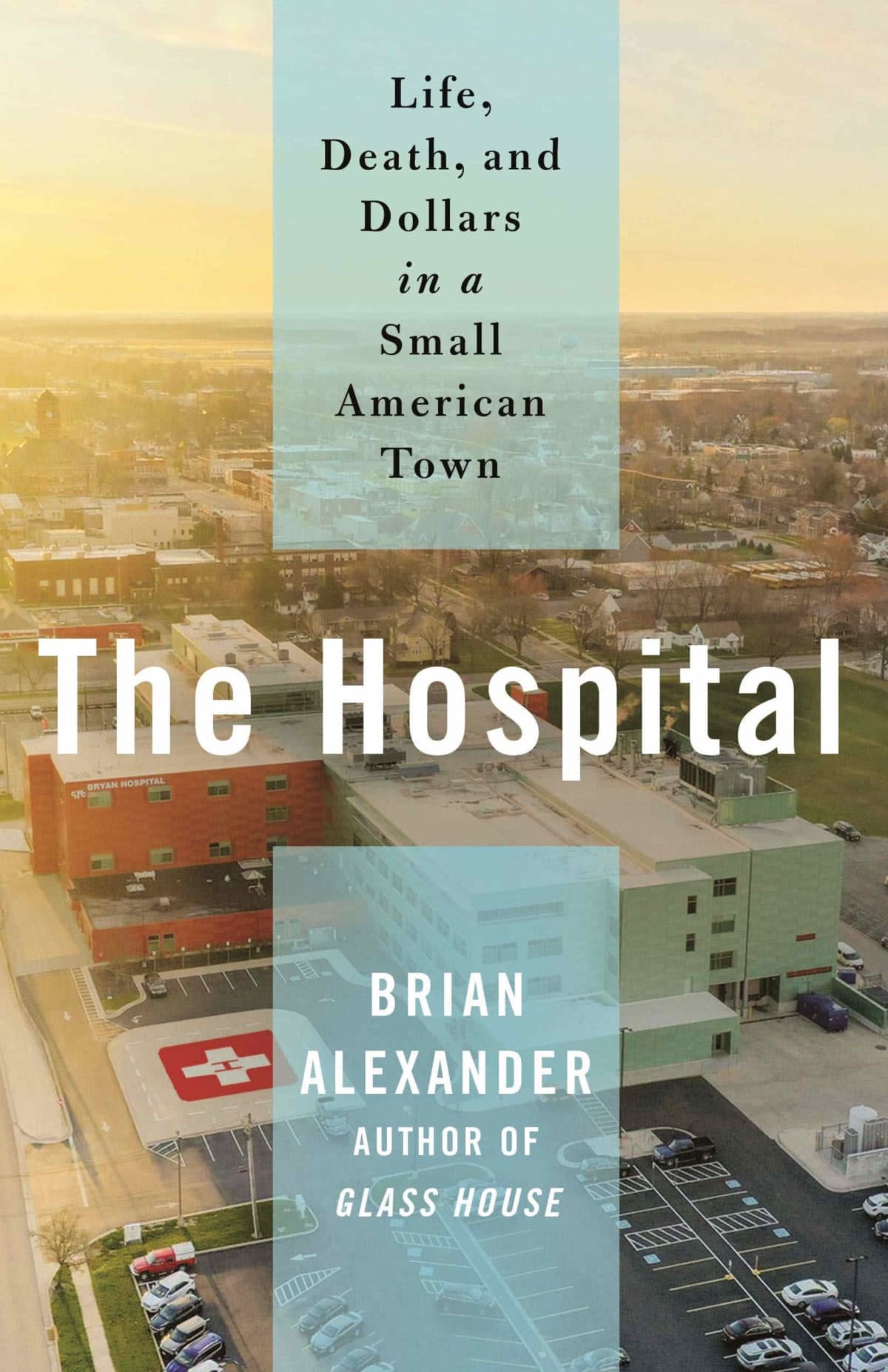 Health inequities were commonplace in Bryan: Plagued by unemployment, depression, addiction, and poverty, life expectancy varied, as did utilization of health care — not to mention the residents’ ability to pay medical bills. Most of Alexander’s reporting took place in 2018 and 2019, when CHWC was in the red, and struggling to avoid being swallowed up by bigger, more lucrative health systems. He was given close access and allowed to observe the workings of the hospital by then chief executive officer, Phil Ennen. He attends board meetings, rides along in ambulances, and meets many of the patients who are in dire straits due to a lack of medical care and health insurance.

Alexander takes a hard, almost cynical, look at the health care industry, and at one point writes, “The only question was whether you were grifting to benefit people or to cash in.” This quote could, perhaps, explain much of the book. Alexander juxtaposes countless examples of large corporations and political decisions that would fall on the side of grifting, consistently acting in their own best interest, alongside the struggles of the hospital and the economic juggling that was done in order to stay open and fully functional.

Despite Alexander’s misgivings about the larger economic factors of the industry, it is clear that at CHWC, the doctors, nurses, and certain administrators, including Ennen, saw their work as more than a job. Many doctors not only provided medical care to the uninsured and underinsured patients who came through the doors, but handed them cash for prescriptions and food, and raised money for funerals and other costs that their patients couldn’t afford. It was more than a hospital: It was part of the social fabric of the community.

The story of CHWC and the economics of health care are interwoven with stories of the hospital staff, patients, and residents of Bryan. Some are followed sporadically throughout the book, which ends during the early months of the pandemic in 2020. We see how the depressed economy led to job cuts and factory closures, especially in northern Ohio towns like Bryan and Litchfield. Many of these factories, like toolmakers, metal stampers, and glassmakers, supplied the big automobile companies. When the auto industry collapsed, it also caused these suppliers to close. Workers were forced to take lower paying jobs at other factories where they had no experience, or wherever they could find work, simply to stay afloat.

These jobs don’t often come with health insurance, but even if they do, the deductibles are high, discouraging doctor’s visits, and some sick patients are burdened with thousands of dollars of debt. Despite working full time, many workers are also on food stamps and Medicaid. For many, it’s cheaper to pay the penalty for not having insurance than it is to pay an insurance premium. And lack of access to affordable healthy food, combined with genetic predispositions to illness and various social determinants of health, often intersects with the lack of regular doctor’s visits.

The book is perhaps less about medicine than it is about economics, what the health care industry values, and the effects on public health. It’s clear that the doctors and staff profiled care about their patients and communities. But money has steadily taken over health care. Insurance companies provide breaks and financial incentives to the bigger hospitals and health companies while marking up those same products and services for smaller hospitals, making it hard for hospitals like CHWC to survive independently.

Ennen ends up being formally suspended over his handling of a sexual harassment case with two employees and related promotions, and ultimately resigned in 2019. Throughout the book, Alexander writes about Ennen’s juggling of jobs and finances — anything to keep the hospital afloat. Once Ennen leaves, the reader can sense a shift in tone at the hospital without his presence. The hospital started to achieve a profit margin every month, goals were set, and physicians agreed to stay. There is a quick wrap-up in which we learn that the hospital has managed to get a handle on its finances, but after more than 200 pages of intricate economic detail about its struggles, we never really learn much about how CHWC stabilized itself so quickly. And discussion of the Covid-19 pandemic is similarly compressed into the final section.

Alexander writes of “a jumble of ill-fitting building blocks: the doctoring industry, the hospital industry, the insurance industry, the drug industry, the device industry. They’d all been able to tweak and sand the corners of proposed ‘solutions’ to benefit themselves.” One wonders if CHWC was able to do just this, in order to ensure their survival.

Over and over, Alexander illustrates contradictions: Hospitals need money, and they need partnerships with insurance companies and drug companies. They need to be flush enough to pay doctors and specialists to provide care for communities, especially rural and underserved communities. This may involve being absorbed by larger corporations in order to preserve access to health providers. At the same time, grassroots approaches to public health are needed in small towns that manage to cut across political and social barriers.

At times, it’s not clear what Alexander’s central goal is: Is he following the patients of Bryan, in his pages and pages of social observations and local history? Is he chronicling the drama of hospital life and Bryan’s job crisis? Is he offering economic commentary on the health care system? While the plethora of side stories tends to complicate the main message of the book, overall it is a compelling snapshot of small-town America and how business is intertwined with health care.

While there is a happy ending in some ways — the hospital remains open and independent — Alexander’s account raises a lot of unsettling questions about systemic and local issues that continue to linger. As Alexander writes, “Bryan, Ohio, wasn’t much different from many other places. It was a microcosm of America’s sickness.”