Federal agency probes if Tesla driver killed in crash may have been on AUTOPILOT: Motorist had posted videos of himself riding in the vehicle without his hands on the wheel or foot on pedal Daily Mail

Into the Mystical and Inexplicable World of Dowsing Outside

It Was The Government That Produced COVID-19 Vaccine Success Health Affairs Blog (run75441). Hoisted from comments.

Huge. NYT endorses the plan developed by ⁦@Public_Citizen⁩ and ⁦@PrEP4AllNow⁩ to go big – create new national labs to produce mRNA for the world, and to create a public platform for rsch. https://t.co/PUWKrHZVOs

‘It’s not over yet’: Uncertain protection from Covid vaccines leaves cancer patients in limbo Stat

Why The Vaccines are a Home Run Despite the Yankees’ Outbreak Insight. Sound analysis, despite the misleading headline – which isn’t the topic of the post.

Even those who are fully vaccinated need to wear mask, observe physical distancing, says AIIMS chief Scroll And the view from India.

Something to smile about: If you’re fully vaccinated, you can stop wearing a mask. pic.twitter.com/evtqeLXplG

To arrest the surge of Covid-19 in villages, India must involve NGOs and use simple technologies Scroll

Interview: ‘India’s vaccine Plan A was the pandemic disappearing… Its new plan makes no sense’ Scroll

The Analytical Angle: How Pakistan can learn from the Covid crisis in India Dawn

If you and @CSWilsonFTC want to stop being called pro-monopoly then you should stop creating more monopolies. This whining isn’t fooling anyone. https://t.co/TOoRFyreOy

Neera Tanden lands in the White House, after all Politico

Updated to include Joseph Mifsud’s “substantial connections to Russian government officials,” the hack of the French election in 2017, and that story the Washinton Post took seriously about Putin poisoning Hillary Clinton: https://t.co/X8g2C5SHxH

As BJP Aims to Homogenise India, Localised Resistance Can Restore Federalism The Wire

Once this violence in Israel and Gaza ends, there can be no return to ‘normal’ Guardian

That Biden refuses to condemn the intentional targeting by Israel of press offices in Gaza is outrageous.

But after the IDF replies “it was a tall building & Hamas uses tall buildings” to @AP‘s President stating they’ve seen no Hamas activity there in 15 years, it is monstrous. https://t.co/cPpUEOrSEo

Antidote du Jour, Timotheus: These are the latest brood from the cygnet swans you have featured twice in prior years. 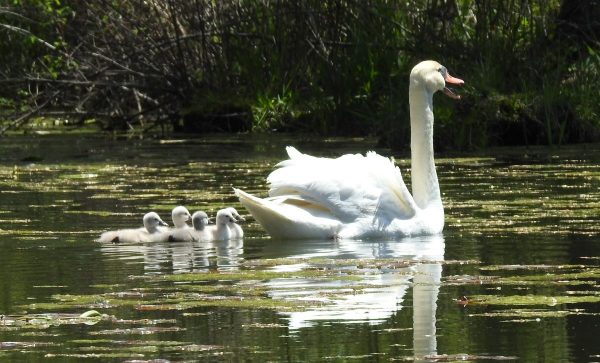 If birds had arms? caption this ? pic.twitter.com/xE3aP8fRU2