Bug Expert Explains Why Cicadas Are So Loud WIRED

Once Nearly Extinct, The Florida Panther Is Making A Comeback NPR

Cryptocurrency Has Yet to Make the World a Better Place WSJ. The deck: “An innovation that has failed to catch on for legal transactions proves invaluable to ransomers.” Something about which elites are very sensitive.

The Rise of Private Equity Barry Ritholtz, The Big Picture

SoftBank Answered Critics With a Strong Turnaround. Its CEO Explains What Comes Next. Barron’s

Silicon Valley Wants Dogs to Live Longer So Humans Can, Too Bloomberg. With injections of puppy blood?

Are children ‘dying like dogs’ in effort to build better batteries? Desert News (Re Silc).

Global equitable access to vaccines, medicines and diagnostics for COVID-19: The role of patents as private governance British Medical Journal

The TRIPS Intellectual Property Waiver Proposal: Creating the Right Incentives in Patent Law and Politics to end the COVID-19 Pandemic (PDF) LSE Legal Studies Working Paper (2021, Forthcoming). From the Introduction: “The crisis further demonstrates the failure of high income countries (HICs) to realise the promise they made at the time of the TRIPS negotiations in 1994, that by agreeing to the terms of TRIPS, lower and middle-income countries (LMICs) would benefit from technology transfer and the building of productive capacity. As such, the current crisis is revealing not only of inadequacies of how to deal with global emergencies, but also of deficiencies within the international ‘patent bargain’ itself.”

* * *
Indirect Protection by Reducing Transmission: Ending the Pandemic with SARS-CoV-2 Vaccination (accepted manuscript) (PDF) Open Forum Infectious Diseases. A review of the literature, including RCTs. Conclusion: “In sum, the data we have reviewed provide compelling evidence that SARS-CoV-2 vaccination results in a substantial reduction in transmission risk, although the exact magnitude of overall transmission reduction is yet to be fully characterized.”

Vaccines versus variants: will the world ever reach herd immunity? FT

Vaccine waitlist Dr. B collected data from millions. But how many did it help? MIT Technology Review

* * *
Ivermectin for prevention and treatment of COVID-19 infection: a systematic review and meta-analysis (preprint) Systematic Reviews. A review of the literature. From the Interpretation: “Low to moderate-certainty evidence suggests reductions in covid-19 deaths and infections may be possible by using ivermectin. Employing ivermectin early on may reduce the number of people progressing to severe disease. The apparent safety and low cost suggest that ivermectin could have an impact on the SARS-CoV-2 pandemic globally.”

* * *
The World Health Organization (WHO): A Problem of Trust Zero Anthropology

Orthodoxy, illusio, and playing the scientific game: a Bourdieusian analysis of infection control science in the COVID-19 pandemic (preprint) Wellcome Open Research. Trisha Greenhalgh et al. throw down the gauntlet. From the Abstract: “Scientific and policy bodies’ failure to acknowledge and act on the evidence base for airborne transmission of SARS-CoV-2 in a timely way is both a mystery and a scandal. In this study, we applied theories from Bourdieu to address the question, “How was a partial and partisan scientific account of SARS-CoV-2 transmission constructed and maintained, leading to widespread imposition of infection control policies which de-emphasised airborne transmission?” Now do Afghanistan withdrawal, #MedicareForAll, the minimum wage… Amazingly, the scientific establishment seems more open to change than most.

* * *
The Texas Mask Mystery The Atlantic. “Across the country, in fact, people’s pandemic behavior appears to be disconnected from local policy, which complicates any effort to know which COVID-19 policies actually work.”
* * *
He’s a Stanford professor and a Nobel laureate. Critics say he was dangerously misleading on Covid STAT

A little US city, battered by the virus, tells its stories AP (AM).

Skadden Unveils Flexible Office Reopening, Covid-19 Testing Plan Bloomberg. Skadden, however, will require all unvaccinated attorneys and professional staff to test negative for Covid-19 within 48 hours of their arrival to the office or any other in-person offsite location.” Yves: “Trust the lawyers to come up with a legally pretty bulletproof to coerce employees to get vaccinated.”

China, in global campaign, vaccinates its people in Thailand AP. Maybe Biden put Harris in charge of getting this done for U.S. citizens?

Explainer: What is ‘black fungus’ that is hitting India’s COVID-19 patients? Reuters

What happened to India’s farmer protests? Deutsche Welle (Re Silc).

How Soviet Jews got zapped by Zionism Immigrants as a Weapon

Are U.S. Officials Under Silent Attack? The New Yorker

For 94% of those who died from Covid, staying at home wasn’t an option Mexico News Daily

Haitians protest their president in English as well as Creole, indicting US for its role in country’s political crisis The Conversation

Biden administration grants humanitarian protections to Haitians in the US CNN

Democrats, Once Outraged, Take a Quieter Approach to Migrant Children NYT. But the babies! In cages!!

At its heart, the legal battle between Apple and ‘Fortnite’ maker Epic Games is about whether or not the iPhone is a computer Business Insider

‘A slap in the face’: California Uber and Lyft drivers criticize pay cuts under Prop 22 Guardian

Controversial forestry experiment will be largest-ever in United States Nature

She’s a fighter pilot who saw a UFO. For real. WaPo. The URL was “this-fighter-pilot-and-working-mom-saw-a-ufo-for-real,” so I see the editor decided to dial back the propaganda just a touch. 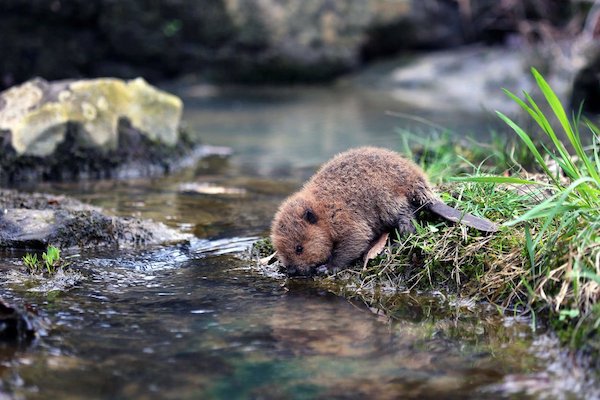