Heads up! The cardiovascular secrets of giraffes Ars Technica

Architecture: From Prehistory to Climate Emergency review – how energy shaped the way we built the world Guardian

Canada Unveils Greener Homes Grants. Is It Welfare for the Rich? TreeHugger

BJ Thomas, singer of Raindrops Keep Fallin’ On My Head, dies at 78 Guardian

Much-Belated Praise for The Lives of Others National Review

All together now: the most trustworthy covid-19 model is an ensemble MIT Technology Review

Third wave of Covid may be under way in UK, scientists say NYT

The Screams Of A Dying Empire: Notes From The Edge Of The Narrative Matrix Caitlin Johnstone

If the FDA approves Biogen’s Alzheimer’s treatment, I won’t prescribe it Stat

A ski company built a power plant fueled by methane. It’s a success, but can it be replicated? WaPo

Toward Disability Justice: Don’t Forget the Plastic That Gives Me Freedom Common Dreams

An investigation by Swedish national news reveals that the NSA has been spying on Swedish high-ranking politicians, and they were helped to do so by the Danish national security agency. https://t.co/OtrwfTmKwP

Why is anyone shocked that a donor can influence the hiring decisions at an elite Law School? That’s what it’s all about. Barbara Bedont

Suddenly Wealthy From Markets, Some Millennials Are Stressed WSJ

What You Should Be Paid vs. What You Are Getting Paid Capital & Main

Why We Need to Democratize Wealth: the U.S. Capitalist Model Breeds Selfishness and Resentment Counterpunch

Amazon Prime “is basically a money laundering scheme. Amazon forces brands/sellers to bake the cost of Prime into their consumer price so it appears like Amazon offers free shipping when in reality the cost is incorporated into the consumer price.” Amazing read @matthewstoller https://t.co/9h3YVM26KC

Emily Wilder’s Firing Is No Surprise: AP Has Always Been Right-Wing The Intercept

You (Still) Can’t Sit with Us Freddie deBoer

Buttigieg: ‘I think we are getting pretty close to a fish-or-cut-bait moment’ on infrastructure talks The Hill

‘Bipartisan’ Is How Republicans Say ‘Sucker!’ The Nation

‘Roe Has Never Been Enough, and We Still Need It’ FAIR

‘I smell it, taste it, feel its heaviness’: Life in Delhi’s dust Al Jazeera

The Political Fix: Does anyone trust Modi’s government to genuinely place checks on Big Tech? Scroll

In Photos: The Last King of Kutch Dies After Battle With COVID-19 The Wire

What owning a bike in Punjab, Tamil Nadu and Bihar tells us about India’s asset poverty The Print

Antidote du Jour. mgl: “This is a South Island takahē, a “nationally vulnerable” endemic bird to New Zealand, as seen on Kapiti Island, which is just off the west coast of south part of N Island. Kapiti I is a predator free reserve. This one is one of a couple that have been re-introduced. They’re like very robust chickens that snuffle about.” 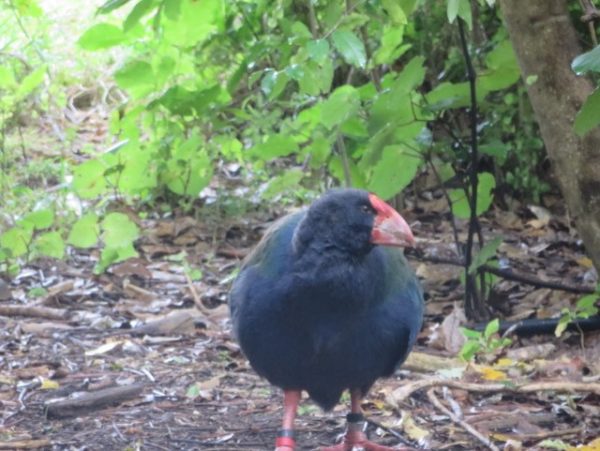