Patient readers, many of you have asked about Yves. She is doing very well, and will provide a proper update in due course. Her mother, however, is still in the hospital. –lambert

Censorship is off the charts. American Journal of Therapeutics is not top-rank, but it’s peer-reviewed, published by Wolters Kluwer, and in MEDLINE:

Published in the American Journal of Therapeutics and yet taken down by @LinkedIn for misinformation.

Favorable outcome on viral load and culture viability using Ivermectin in early treatment of non-hospitalized patients with mild COVID-19 – A double-blind, randomized placebo-controlled trial (preprint) medRxiv (video). n = 89. “Conclusions: There were significantly lower viral loads and viable cultures in the ivermectin group, which could lead to shortening isolation time in these patients.”

Recovery of deleted deep sequencing data sheds more light on the early Wuhan SARS-CoV-2 epidemic (preprint) bioRxiv. From the Abstract: “Here I identify a data set containing SARS-CoV-2 sequences from early in the Wuhan epidemic that has been deleted from the NIH’s Sequence Read Archive. I recover the deleted files from the Google Cloud, and reconstruct partial sequences of 13 early epidemic viruses. Phylogenetic analysis of these sequences in the context of carefully annotated existing data suggests that the Huanan Seafood Market sequences that are the focus of the joint WHO-China report are not fully representative of the viruses in Wuhan early in the epidemic. Instead, the progenitor of known SARS-CoV-2 sequences likely contained three mutations relative to the market viruses that made it more similar to SARS-CoV-2’s bat coronavirus relatives.” A long thread from the author on their reasoning and the implications includes this:

We should therefore avoid dogmatic arguments about #SARSCoV2 origins / early spread, and instead focus on following two questions: (1) How can we get more data? (2) How can we better analyze the data we have? (24/n)

The Pandemic’s End Is as Messy as the Start Bloomberg

In Taiwan, some foreign tech workers are confined indoors to tackle an outbreak. NYT

Lament of the Brahmaputra riverbank The Third Pole

Saudi Operatives Who Killed Khashoggi Received Paramilitary Training in U.S. NYT. Commentary: “You wanna be the best, you gotta learn from the best.”

Afghan Says He Spied for CIA. Now That He Wants to Flee to U.S., He Can’t Prove It. WSJ

The Photos Exposing What Israel Is Trying to Hide Haaretz

Africa’s third wave: ‘What haunts me a lot is the Indian scenario FT

Wow – every single one of them is a tap line. Zero interconnections. That's nearly a textbook example of neocolonial investment. https://t.co/yT9kBe7boH

Finland Might Have Solved Nuclear Power’s Biggest Problem The B1M

“Something happened in Geneva.” Patrick Lawrence, The Scrum

Note: This does not reflect the result of New York’s RCV system.

A Court Ruled Rachel Maddow’s Viewers Know She Offers Exaggeration and Opinion, Not Facts Glenn Greenwald. The judge was appointed by Obama.

New US military training document calls socialists a "terrorist" ideology and lists them alongside "neo-nazis" amid Pentagon crackdown on domestic extremism, per counterterrorism training material leaked to me:https://t.co/JkECB8AEhS pic.twitter.com/35lThp22k9

What Quitters Understand About the Job Market The Atlantic

This one email explains Apple TechCrunch. Well, not entirely…

Why You Hate Contemporary Architecture Brianna Rennix and Nathan J. Robinson, Current Affairs. Many beautiful and ugly photographs. Oddly, the authors focus their ire on architects, and not on the boards who commission the buildings and approve the designs (and whose, dare I say, souls the ugly building embody, or so Christopher Alexander argues). 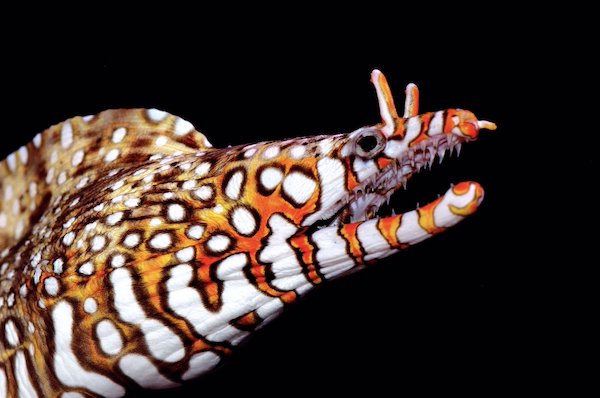 ? Watch a moray eating on land, caught on video for the first time!

?While most fish need water to feed, a new study by @ucsc researcher Rita Mehta has found that snowflake moray eels have an extra set of jaws in their throats that allows them to grab & swallow prey on land. pic.twitter.com/Pf6Wi4EbCn

And: In The New York Times, A Story on Eels Achieves Headline Perfection Nieman Labs