CBDCs now seem a matter of when not if FT (vlade). “If you already have a well functioning, retail fast payments system that already ticks the boxes in terms of serving the public interest, data governance, with all the safeguards you need on know-your-customer, then the additional mileage a national financial system would get from having a fully fledged retail CBDC, it’s not that great. If, on the other hand, you are a jurisdiction where you have a lot of very influential Big Tech companies, that are already a very large part of the financial landscape, . . . here a CBDC will be useful.” Vlade: “So instead of regulating Big Tech, you try to out-tech them? ‘Seemed like a good idea at the time’ coming shortly afterwards.” Hackers already licking their chops and sharpening their knives, because that’s where the money is.

Wirecard: a record of deception, disarray and mismanagement FT

Life sciences is poised to be Boston’s dominant industry. Has the area become the Silicon Valley of biotech? Boston Globe. Not without externalities.

6. @CDCgov's Tom Shimabukuro is now laying out details of the myocarditis cases. Most are individuals are in late teens, early 20s. More after dose 2 than dose 1. So far there've been a total of 1,226 cases. pic.twitter.com/r6hHdzc4W7

But how good is the VAERS data in that table? See NC here.

What we know about the ‘fleeting’ spread of the COVID-19 Delta variant in Sydney ABC Australia. Commentary:

6) Cmon, must be have a one time random event. Right? Wrong! ➡️ “It is the second “fleeting contact” transmission connected to the first case. A woman in her 70s was sitting outside a cafe that the initial case had visited and genomic sequencing of her virus is an exact match” ⚠️ pic.twitter.com/p89garvEbH

Here is a video about the “fleeting contact” incident from a New South Wales Health Department spokesperson. It’s worth watching just to see what a public health care system capable of contact tracing can do. (The Health Department report starts at 6:38, but the news reporting starting at 0:0 is good too.) I was watching to find out if the “fleeting contacts” were between masked people; I can’t find a copy of the CCTV the NSW Health Department used, which would show this definitively, but I’m guessing not, because there was no mask mandate in NSW at the time, and people eating outdoors at the time generally unmask. Worth noting that the index case came from international air travel, not Bogan in the Outback (or, in our case, Bubba from Redstatisan). When will the powers-that-be admit that international air travel is a key driver of the pandemic? How do they think that the virus goes ocean-hopping? On the flimsy wings of little fairies?

Covid Delta strain risks spreading ‘like wildfire’ among unvaccinated in US FT (KLG25).

Covid is already deadlier this year than all of 2020. So why do many in U.S. think the problem’s over? CNBC

U.S. to Block Some Solar Materials Made in Xinjiang Region Bloomberg

Twitter surged in post-coup Myanmar, but momentum may be slowing Globe_

White House, bipartisan group agree on infrastructure framework Axios. So on the one hand the Republicans are fascists and a deadly menace to “our democracy,” and on the other hand it’s important to compromise with them. The whole world is spinning!

The Man Who Controls the Senate The New Yorker. Joe Manchin.

Treasury Secretary Janet Yellen warns of ‘absolutely catastrophic’ hit to economic recovery this summer if US can’t pay its bills on time Business Insider. Moar auto-kinbaku-bi, as if there weren’t already enough.

Trump claims credit for getting Kamala Harris to ‘finally’ visit US-Mexico border Independent. Harris v. Trump 2024? I’m not calling it because I can’t bear to think of it.

What Happened To Defunding the Police? Washington City Paper

Big US banks to employees: Return to the office vaccinated AP (KW). Yves: “This could get interesting. They don’t have a liability shield, unlike Big Pharma or the parties that administer the shots.”

Do Chance Meetings at the Office Boost Innovation? There’s No Evidence of It. New York Times. But how much of this is due to horrid office architecture? “Professor [Ethan S. Bernstein, who teaches at Harvard Business School] found that contemporary open offices led to 70 percent fewer face-to-face interactions. People didn’t find it helpful to have so many spontaneous conversations, so they wore headphones and avoided one another.”

Court holds that regulation guaranteeing union access to employees is unconstitutional SCOTUSBlog. Bigger, I think, than the cheerleader case.

‘People don’t want to go back to the same’: Why some think labor crunch isn’t just about pay Yahoo Finance

Can Interior Design Help Beat the Heat? This House Does It Right Mansion Global. The classism makes my back teeth itch, but there are some interesting tips buried beneath the “signature lived-in, English cottage aesthetic.”

Which living thing is the best ‘mascot’ for long-term thinking? The Long-Termist’s Field Guide 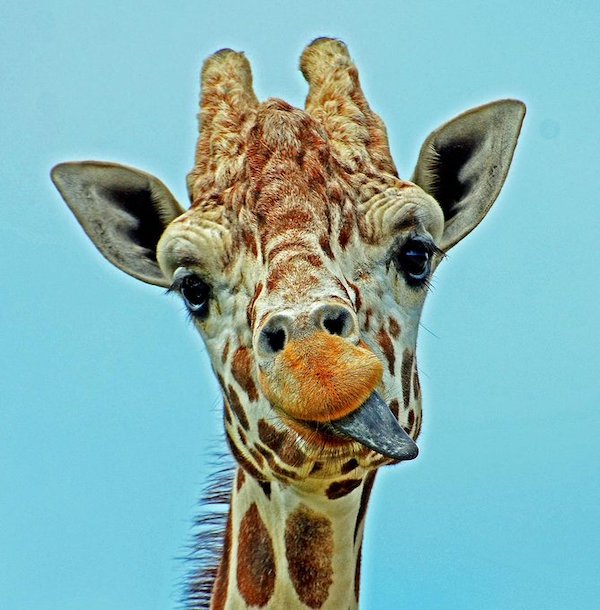