Yves here. We picked up on the observation of the Financial Times’ John Dizard many years ago: that the shale industry would continue to engage in fundamentally unprofitable drilling as long as operators could borrow money, and that would continue for quite a while. The day of reckoning has finally arrived.

By Justin Mikulka, a freelance investigative journalist with a degree in Civil and Environmental Engineering from Cornell University. Originally published at DeSmog Blog 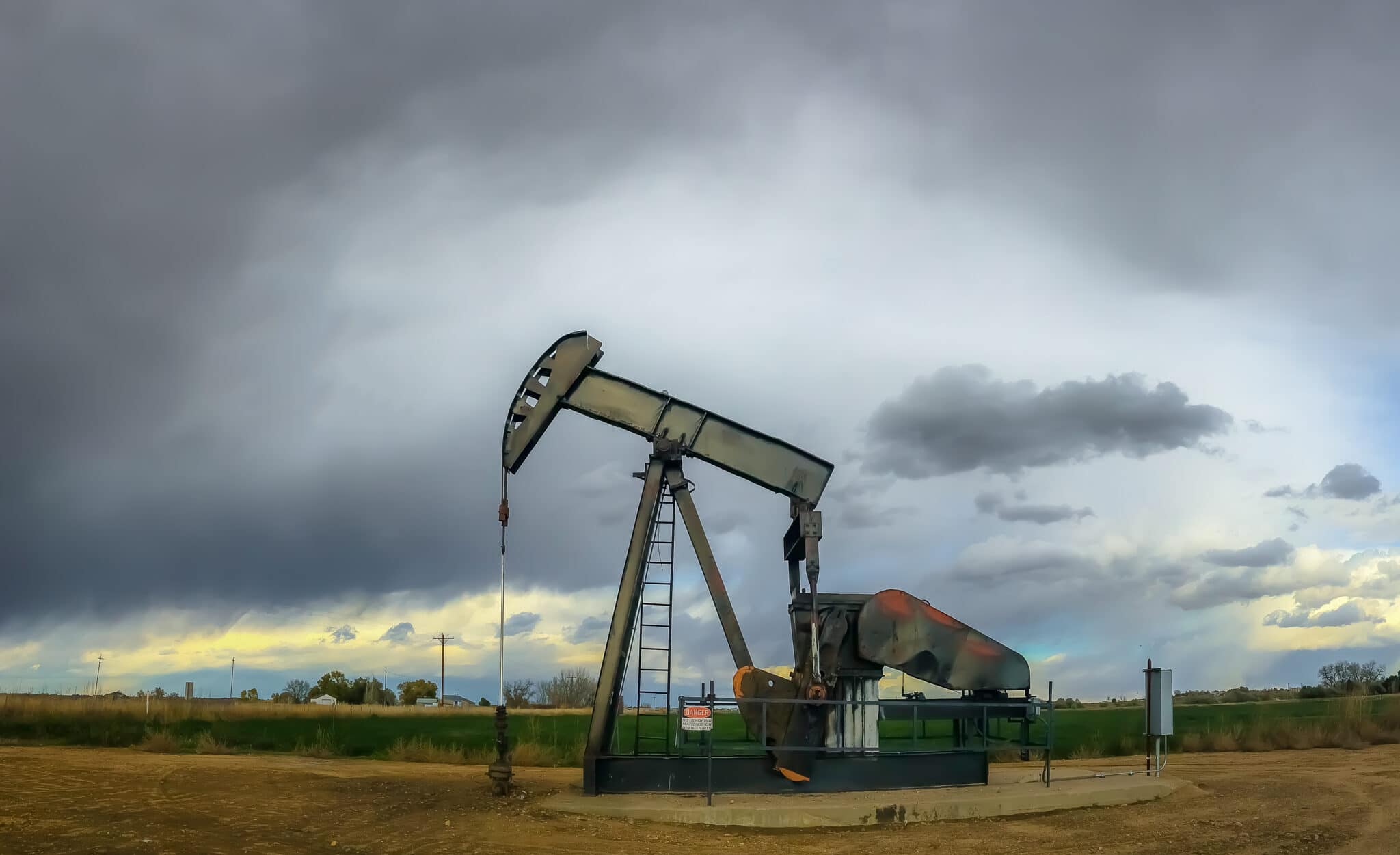 That was the recent assessment of Saudi Prince Abdulaziz bin Salman of the American oil industry’s future potential. As Saudi Arabia’s energy minister, Prince Abdulaziz is one of the most influential voices in the global oil markets. Fortune termed it a “bold taunt,” and a warning to U.S. frackers to not increase oil production.

The response by the U.S. producers — to shut up and take it — quietly confirms this reality. Shale oil’s era of growth appears to be over. The reason is that even as global oil demand and prices rise, the economics of the shale oil business model continue to not work. The U.S. shale industry has lost hundreds of billions of dollars in the past decade producing oil and selling it for less than it cost to produce.

This was possible because despite the losses, investors kept giving the industry money. But now investors appear to have grown tired of losing money on U.S. shale companies and new lending to the industry has dropped dramatically.

Without new infusions of money, the industry can’t drill for more oil, and that is why the Saudis feel confident taunting the U.S. oil industry. Prince Abdulaziz’s confidence is based in the financial realities of U.S. shale.

As oil industry analyst Robert Clarke of Wood MacKenzie recently told the Financial Times, “If there ever was a time to drill [shale] oil, now is a great time. … But why would you change the recipe? Not drilling is working in their favour.”

What’s happening with the U.S. shale industry in this high price oil environment is unusual. Oil is typically a very predictable boom-and-bust business: When prices go up, oil drillers produce as much as they can, and when prices go down they stop.

But for American drillers right now, the money isn’t there because investors no longer are willing to lend to frackers based on promises of future profits that have yet to materialize for the industry. In July 2020, accounting firm DeLoitte released a report stating that, “The U.S. shale industry registered net negative free cash flows of $300 billion, impaired more than $450 billion of invested capital, and saw more than 190 bankruptcies since 2010” — supporting the claim that the industry has peaked without ever making money.

Investors have taken notice, including the private equity industry that has invested heavily in the fracking boom. Dan Pickering, head of energy investment firm Pickering Energy Partners, highlighted how private equity has lost interest in further investment in the shale industry in his keynote presentation at Hart Energy’s annual Energy Capital Conference in June.

The U.S. shale industry has been accurately described as being composed of “capital destruction machines”. The hundreds of billions in losses the industry has accumulated in the past decade prove that it’s true. With few investors willing to provide new capital to feed the machine, the only option is not drilling, even though prices are the highest they have been in years, at nearly $75 per barrel.

Oil prices briefly reached $75 a barrel in 2018 but haven’t been consistently higher than that since 2014. 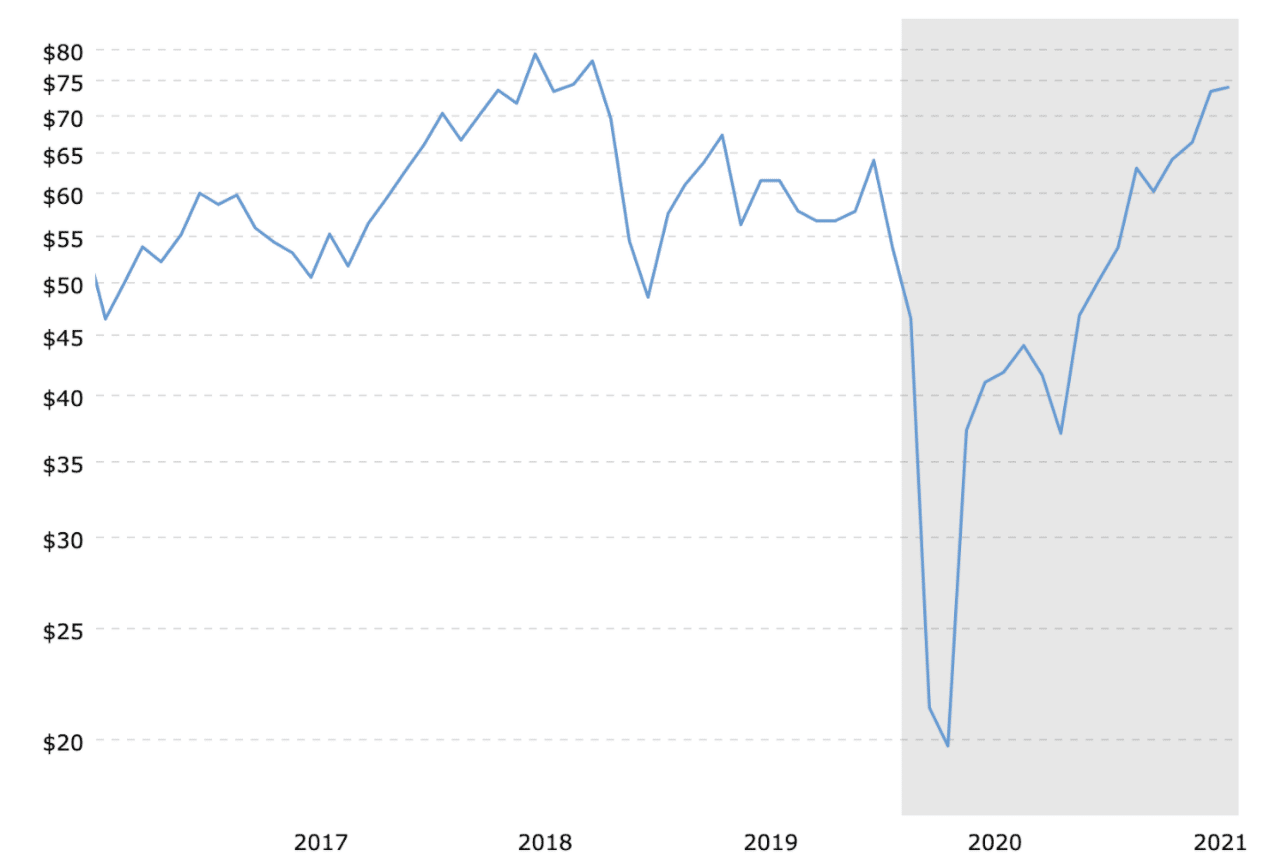 According to the shale oil industry, these prices are well above what is needed to make a profit. But the industry isn’t drilling, and in areas like the Bakken shale play in North Dakota, production is actually falling.

In March of 2020, Lynne Helms, the director of North Dakota’s Department of Mineral Resources, made an optimistic forecast for shale oil production out of the state’s portion of the Bakken formation, a 200,000-square-mile shale oil deposit underneath Montana and North Dakota in the U.S., and Saskatchewan and Manitoba in Canada.

“We’ve looked at a large number of price scenarios and none of them take us below 1 million barrels a day in the next four or five years,” Helms explained in a webinar, according to Bloomberg.

And yet, with prices above $70 a barrel, Bakken production is not increasing. The current rate of just above one million barrels a day is down 26 percent from the 2019 peak of almost 1.5 million barrels per day.

As DeSmog has recently documented, the challenges facing this region’s oil producers mean that “Bakken’s best days are a thing of the past.”

But it isn’t just the Bakken. Investors are not interested in losing more money on any U.S. shale. The latest survey of oil and gas companies by the Federal Reserve Bank of Dallas makes that very clear: “We have relationships with approximately 400 institutional investors and close relationships with 100. Approximately one is willing to give new capital to oil and gas investment. The story is the same for public companies and international exploration.”

Without that money, drillers can’t drill.

DeSmog asked petroleum geologist Art Berman for his opinion on why the U.S. shale industry is choosing not to expand production amid the current high prices for oil. “I believe that the main factor behind somewhat limited drilling by the tight oil industry is lack of outside capital,” Bermain stated via email.

The shale industry — known for misleading investors — is taking credit for restraint to explain the lack of new drilling. This argument was reflected in the recent Wall Street Journal headline, “American Frackers Show Restraint as Oil Tops $70.”  This is misleading because it implies that the frackers are choosing to not drill when the current financial reality doesn’t offer them that choice. The industry is facing a very real financial constraint that is the result of investors’ decisions, not the will of those within the industry.

But the reality is that investors are fleeing the sector, and are unlikely to return.

In early June, at Hart Energy’s annual Energy Capital Conference in Houston, there was a panel discussion on the state of bank lending to oil companies, moderated by Steve Toon, editor for industry publication Oil and Gas Investor. Toon closed the session with a simple question: “Do you think there is enough capital available in today’s market to grow production in the U.S.?”

“Not today. But there will be. As prices go up, capital will be attracted to the industry,” said Buddy Clark, a partner at Energy Practice Group, Haynes and Boone. “If oil companies are making money, the banks want to be there.”

Some estimates are that the U.S. shale industry has lost half a trillion dollars of investor money during the U.S. fracking boom. That is the amount of money required to fund the capital destruction machines that produced oil above and beyond what the industry was able to earn and re-invest from selling oil. There is very little chance the industry will ever make that money back.

The history of market booms is full of claims that “this time is different,” that normal market economics no longer apply. This was certainly the case in the U.S. housing boom that caused the Great Recession. As DeSmog explained in 2018, these booms are driven by U.S. monetary policy which allows them to go on for much longer than would seem reasonable.

From that perspective, the U.S. shale oil boom has been pretty standard. However, like the dot-com boom of the 1990s and the housing boom of the 2000s, eventually investors tire of losing money, and the old rules of investing — where investors expect to get a return on their investments — become attractive once again.

The U.S. shale oil boom seems to have reached that moment. This isn’t the outcome the industry and its supporters promised to investors. The reality that the industry has never made money is finally sinking in.