Kim Stanley Robinson: a climate plan for a world in flames FT

The Future of Wood in Electric Guitars Reverb. From 2020, still germane.

Detection of SARS-CoV-2-Specific IgA in the Human Milk of COVID-19 Vaccinated Lactating Health Care Workers Breastfeeding Medicine. n = 22. From the Abstract: “Human milk produced by mothers with a history of COVID-19 infection contains SARS-CoV-2 IgA and IgG. The purpose of this study is to determine whether SARS-CoV-2-specific immunoglobulins are found in human milk after the COVID-19 vaccination, and to characterize the types of immunoglobulins present…. We found significant secretion of SARS-CoV-2-specific IgA and IgG in human milk and plasma after SARS-CoV-2 vaccination.”

The continuous evolution of SARS-CoV-2 in South Africa: a new lineage with rapid accumulation of mutations of concern and global detection (preprint) medRxiv (GM). From the Discussion: “We have identified a new SARS-CoV-2 variant assigned to the PANGO lineage C.1.2. This variant has been detected throughout the third wave of infections in South Africa from May 2021 onwards and has been detected in seven other countries within Europe, Asia, Africa and Oceania. The identification of novel SARS-CoV-2 variants is commonly associated with new waves of infection. Like several other VOCs, C.1.2 has accumulated a number of substitutions beyond what would be expected from the background SARS-CoV-2 evolutionary rate. This suggests the likelihood that these mutations arose during a period of accelerated evolution in a single individual with prolonged viral infection through virus-host co-evolution.” Like the Kent variant, IIRC.

County-Level Estimates of Excess Mortality Associated with COVID-19 in the United States (preprint) medRxiv. From the Abstract: ” In the present study, we estimate a generalized linear model of expected mortality in 2020 based on historical trends in deaths by county of residence between 2011 and 2019. We use the results of the model to generate county estimates of excess mortality and excess deaths not assigned to COVID-19 for each county in the US. Overall, we estimate that 437,849 excess deaths occurred in 2020…. Across individual counties, the percentage of excess deaths not assigned to COVID-19 varied substantially, with some counties’ direct COVID-19 tallies capturing only a small fraction of total excess deaths. Our findings suggest that consideration of excess deaths across counties is critical for a full accounting of geographic inequities in mortality during the pandemic.” Scientific American has a summary and this handy chart:

Study: Patients, not staff, source of most hospital COVID spread Center for Infectious Disease Research and Policy. n = 38. “Viral loads were similar among superspreaders and others in the study. ‘We note that, while prolonged or increased viral shedding would increase the chance of an individual becoming a superspreader, behavioural and environmental factors may also be influential,’ the researchers wrote.” Hmm.

Room-Level Ventilation in Schools and Universities (preprint) chemRxiv. From the Abstract: “For many universities and schools, ventilation data on a room-by-room basis are not available for classrooms and other key spaces. We present an overview of approaches for measuring ventilation along with their advantages and disadvantages. We also present data from recent case studies for a variety of institutions across the United States, with various building ages, types, locations, and climates, highlighting their commonalities and differences, and examples of the use of this data to support decision making.” Given the stately progress of academic budgeting, we would have had to start taking these measurements last year, in order to start work this year. So, a pandemic-ready built environment for universities and schools is at least two years out. But do let’s mandate in-person teaching by the “essential workers” in the academic precariat (which now seemingly includes the tenured, at least the ones that aren’t bringing in the big bucks).

Rural schools shut down to keep COVID-19 from overwhelming their small communities Texas Tribune (Re Silc).

…unchanged from previous policies. This will make it hard to understand exactly what the real policy implications of "common prosperity" are likely to be.

China CDC Weekly: The new coronavirus can spread through aerosols in the “handshake building” What China Reads

Harris trip to Vietnam delayed over ‘health incident’ in Hanoi Nikkei Asia. “Health incident” is Blobspeak for the “Havana Syndrome.”

OnPolitics: Will the war in Afghanistan actually end? USA Today. I’ve always assumed that “Doctor” Biden took personal charge of President Biden’s medications; now would be a good time to have them on her person at all times. Not that I’m foily.

What Future Presidents are Learning from Afghanistan Mischiefs of Faction

How exile changed the Taliban FT

How Will the Taliban Rule? Foreign Affairs

The Taliban have shown themselves to be the most effective political organization in Afghanistan. For two decades, while Afghan politicians have bickered and democracy has faltered, the Taliban’s values, organization, and cohesion have proved enduring. Girded by their notions of unity and Afghan identity, the Taliban surmounted two leadership transitions, the rise of the Islamic State (also known as ISIS), and a 20-year U.S. military presence. They are now in charge and likely to stay in charge for some time.

A very belated dose of realism.

Around 30 Myanmar Junta Troops Killed in Magwe Ambush The Irrawaddy. Big if true. But a lot of stories like this.

Schools in England to receive CO2 monitors to improve ventilation Richmond & Twickenham Times. What a concept.

Haiti needs help, but ‘not from aid workers who never leave their SUVs’ Guardian

‘I’m sleeping in the streets.’ Life in a Haiti fishing village battered by the earthquake Miami Herald

The propaganda of it all. It’s no surprise our state run media is pushing it all with zero hesitation. https://t.co/BNtRZnzsUf

I wish there were something like a weather app, but for propaganda, so I’d know when to take an umbrella to protect myself from the deluge of b***s***. There could be little icons for “Chance of Showers,” and so forth. A 10-day forecast would be especially useful. I could time my media fasting.

Lies About Afghanistan Jeet Heer, The Time of Monsters. Heer: “ICYMI: The foreign policy establishment is already re-writing the history of the Afghanistan war.”

Nothing but Pitch Black Darkness Foreign Policy. The entire Bush national security team should be tried in the Hague. But W. gave Michelle candy, so it’s all good. Also too, look forward and not back.

How we paid for the War on Terror Adam Tooze, Chartbook. “Pay for.”

Let’s Try to Make Sense of That $600,000 Rock NFT Bloomberg. The Deck: “Could it be that there’s just too much money sloshing around?”

For Cities, Big-Box Stores Are Becoming Even More of a Terrible Deal Institute for Local Self-Reliance (example). And now “fulfillment centers” are pulling the same scams. 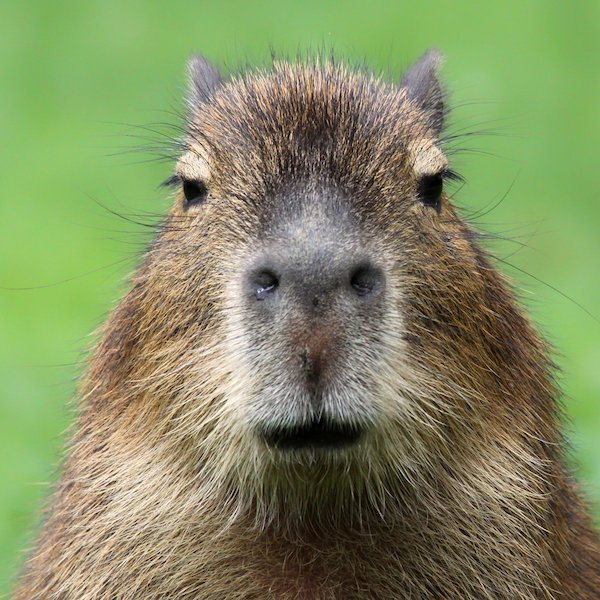