Massive nest containing 1,500 ‘murder hornets’ discovered in US The Hill

What will our eco-friendly homes of the future look like? Guardian (David L)

What To Say When Someone Asks Why You Don’t Have Kids The Onion. My favorite: “I lost them in poker.”

Mutation rate of COVID-19 virus is at least 50 percent higher than previously thought PhysOrg (Robert M) I recall that up to December 2020, the science press remarked from time to time about how little Covid mutated. Funny how that changed.

Delta variant doubles risk of hospitalisation, new study finds Guardian (Kevin W). Counters the repeatedly made assertion that viruses evolve to be less deadly, which we’ve said is not a given, citing studies, as well as earlier claims that Delta might be milder than wild type.

Having SARS-CoV-2 once confers much greater immunity than a vaccine—but no infection parties, please Science (Li). Lambert featured this article and the link to the paper proper (Comparing SARS-CoV-2 natural immunity to vaccine-induced immunity: reinfections versus breakthrough infections MedRxIV (preprint)). From GM via e-mail:

This doesn’t make much sense.

When Novavax was doing trials in South Africa, the placebo arm had both seropositive and seronegative individuals in it, and they compared those groups. And they saw no difference between them at all, i.e. with B.1.351 prior infection provided zero protection (and it was about 6 months from the first wave).

That was an actual RCT, even if the numbers were not huge.

That Science is highlighting such a preprint is quite notable though. This week they could have highlighted the Moderna preprint that showed third doses waning as fast as the second, but they did not, and I don’t remember them highlighting the Moderna papers and preprints from March and April that clearly predicted what is happening now when those came out either.

Now we are in the “infections is good for you” phase. Where some people wanted us to be from the beginning…

Covid infection protection waning in double jabbed BBC. Sorry to be rely on GM so much today, but the propaganda is coming in awfully thick:

This is quite incredible to read and I am left speechless. Quotes:

Protection after two shots of Pfizer decreased from 88% at one month to 74% at five to six months.

Waning protection is to be expected, say experts.

Prof Spector said: “Waning protection is to be expected and is not a reason to not get vaccinated.

He estimates that protection against infection could drop to 50% by the winter and boosters will be needed, but other experts urge caution about making predictions for the months ahead.

“So I think the whole thing needs to be much more carefully managed than just giving it to everybody which would be a huge waste and ethically dubious given the resources we have. I think we need a more targeted approach than last time.”

This study once again illustrates why we need to get used to Covid circulating – this is not a virus that’s going to go away.

The vaccines do not work like they do for measles which provide life-long immunity. Immunity against Covid was always expected to wane.

Whatever the cause though, experts have been clear we should expect to be repeatedly infected over our lifetimes.

The important thing is that each re-infection should be milder as the vaccines remain highly effective at preventing serious illness.

What the vaccines have effectively done is taken the edge off the virus – given our immune system a head-start so those early infections are milder than they would have been for most.

So it was “always expected” after many months of touting the extremely high efficiency and talking about lifetime protection.

‘Attempts to reach ‘herd immunity’ through exposing people to a virus are scientifically problematic & unethical.

Letting #COVID19 spread through populations, of any age or health status will lead to unnecessary infections, suffering & death’ -WHOhttps://t.co/XcKBLXZRhH

‘Tired of worrying’: As some parents press for vaccines off-label, pediatricians call for patience STAT

The @ODNIgov report requested by @POTUS on the origins of #SARSCoV2 concludes the virus originated in the Wuhan area in November 2019, most likely NOT as a result of gain-of-function research or bioweaponry.
MORE pic.twitter.com/xlhrdVKNuJ

Better Covid Data Will Guide Us Out of This Pandemic New York Times (furzy). Over 600,000 dead in the US, a visibly incompetent CDC that went out of its way to tell public health official not to collect important information, and now the PMC realizes the US has chosen to fly blind?

Florida, facing staff shortages, to close some prisons Miami Herald. Resilc: “Florida could care less about kids in school, so why would they care about prisoners and guards???”

US paradigm shifts from engaging to handling China Asia Times

The War in Afghanistan Is What Happens When McKinsey Types Run Everything Matt Stoller (KLG, resilc)

US Troops caught up in ISIL-K – Taliban Civil War: Why it Proves Biden was Right to Leave Juan Cole (resilc)

Biden’s Declining Approval Rating Is Not Just About Afghanistan FiveThirtyEight

Larry Elder’s private charity was a bust, and questions swirl over where the money went Los Angeles Times (furzy)

Drain is a total monster. https://t.co/mcJzORUYii

Lake Tahoe Suffocates With Smoke New York Times (David L). A wake up call that the squillionaires that hang there are guaranteed to ignore.

Rural America is Gearing Up For a Generation of Change Austin Vernon (resilc). See in particular the discussion of plant-based “meat”.

Powell’s benign view on inflation is getting pushback at the Fed, and elsewhere CNBC

Grandmas4Housing: How a Tenant-Led Community Land Trust Came to Be NonProfit Quarterly

Been monitoring some motion sensor cameras supplied by Landcare Australia on our place in East Gippsland since the devastating fires of 2019/20. This area was hot burnt to bare earth.

Swamp Wallabies have nothing to do with swamps… 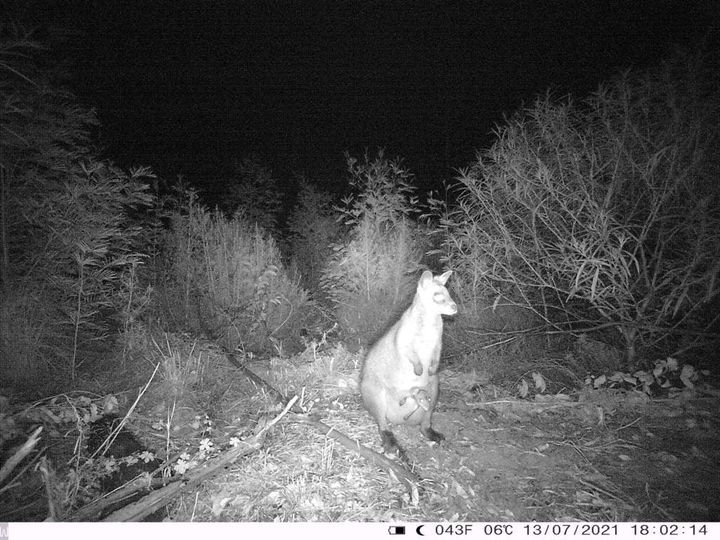 no dog left behind pic.twitter.com/7lowA3LPn9