Why whales in Alaska have been so happy BBC

Oldest example of applied geometry is discovered on a 3,700-year-old clay tablet Daily Mail (BC)

Erectile dysfunction is 3x higher in covid positive men according to this study… pic.twitter.com/v0NWAlg65b

A Big Booster Push Now Would Be Wrong and Dangerous Bloomberg

Startling Discovery Suggests 40% of Wild Deer in The US Have Had The Coronavirus Science Alert (Chuck L). Recall a survey in Michigan found >50%.

After Russiagate, Why WOULDN’T People Be Skeptical About Covid? Caitlin Johnstone (Kevin W)

Florida Hospitals Fighting to Get Oxygen With ‘Hand Tied’ Bloomberg

“Band Aid Over a Bullet Wound”: Moratorium Leaves Organizers Relieved, But Braced for New Battles In These Times

How a fake network pushes pro-China propaganda – BBC. Resilc: “Sort of like Fox and MSNBC?”

Ebrahim Raisi: What to expect from Iran’s new president DW

Afghan economy on verge of collapse as US troops depart Nikkei

Biden Picks Diplomat With Polish Ties to Manage Key NATO Relationship US News, Kevin W: “FFS – it is a son of Zbigniew Brzezinski.”

Andrew Cuomo Didn’t Act Alone His inner circle enabled him. They should go down with their leader. New York Magazine (AE90)

The Voters Who Could Turn California Red Atlantic (resilc)

Investors Are Ignoring a Dangerous Crackdown on Press Freedom Bloomberg

Rebirth of a Nation: US History According to DW Griffith CounterPunch

Judge denies Elizabeth Holmes’ request to suppress patient complaints about Theranos CNBC (Kevin W). We said you could stick a fork in her when the judge ruled that superlawyer David Boies did not have attorney-client privilege with respect to Holmes (his client was Theranos, not Holmes personally). This only adds to how bad her prospects are. Hurrah!

Another reminder that you do get something for your tax dollars in the Communist State of New York:

The most anyone can be subject to involuntary psych detention (this includes drunk tank incidents) is 72 hours. To be held longer, you have to be deemed by two doctors to be a danger to yourself or others. I know of Stage 4 alcoholics who have been released.

Nuding Out The Baffler. Chuck L: “Perhaps nudism could spark a resurgence of interest in socialism and social democracy in the 21st century USA as it did in Weimar Germany.”

Antidote du jour. The is Bliss, whose human servants are Bob H and Janet. I am not clear as to whether Bliss artfully chose to pose near flattering artwork, or whether the artwork was chosen to compliment Bliss. 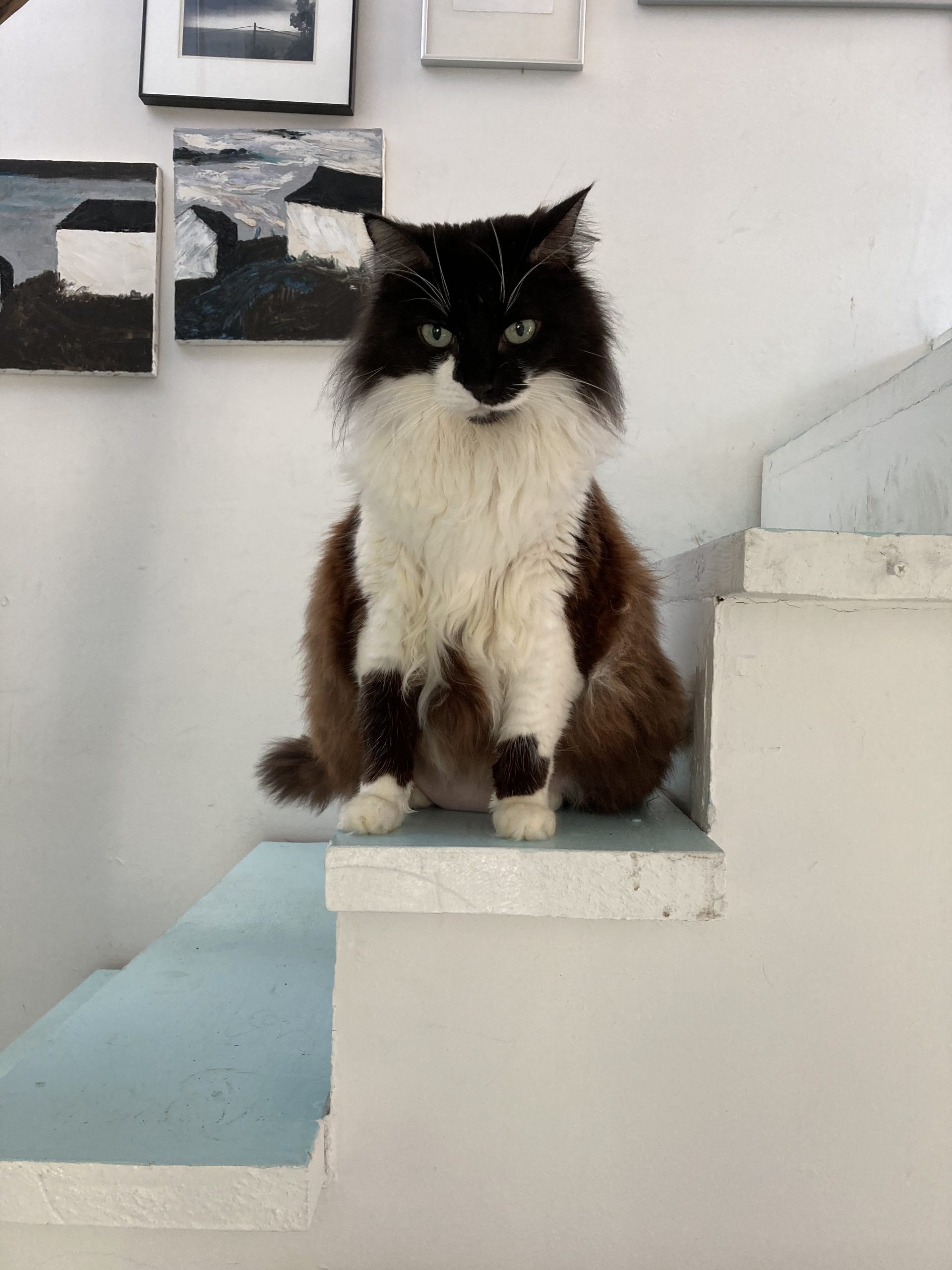