Yves here. It’s nice to see a discussion of a concrete measure (pun not intended) to slow climate change. We need way more approaches that can be executed at a local level. 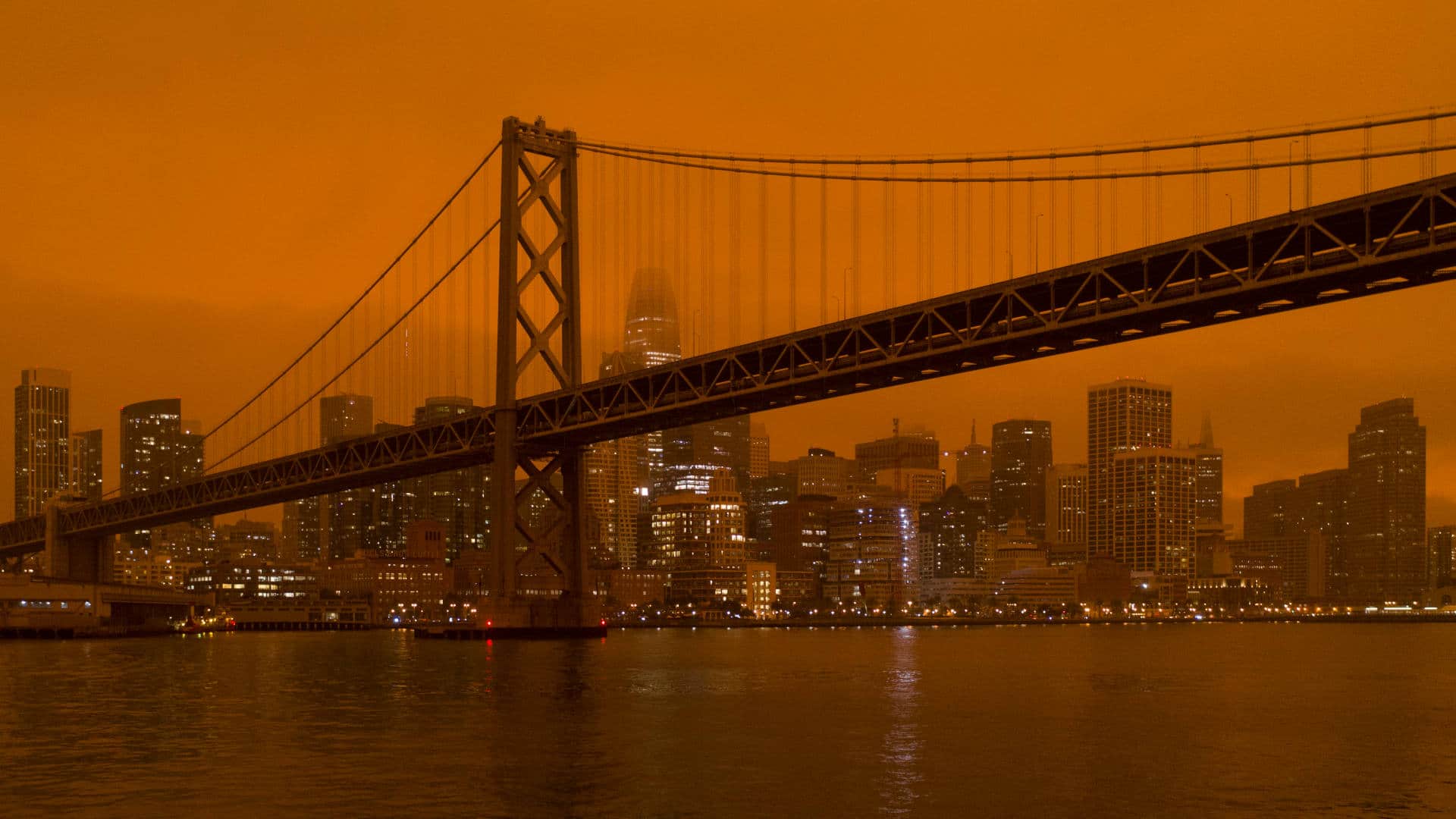 On September 9, 2020, California Energy Commission Chair David Hochschild opened a scheduled meeting with a somber observation. That morning, Bay Area residents woke to darkness, as wildfire smoke blotted out the sun and an eerie orange glow enveloped the region.

“It is 10 o’clock in the morning and it looks like midnight,” Hochschild said, looking outside.

The commission was set to discuss “reach codes” — building efficiency standards that exceed state requirements — for two Bay Area jurisdictions. The timing was apt: Evidence of the need for climate-friendly buildings was just outside, according to people who attended the virtual commission meeting and connected the air quality to increasingly treacherous wildfires fueled by climate change. One public commenter called the scene outside his San Francisco window “a literal hellscape.” All urged the commission to adopt the more efficient codes, and to go further to rule out the use of natural gas in new buildings statewide.

“We have the lights on in our house because there’s no sunlight,” said Sasan Saadat, a policy analyst at Earthjustice, who dialed into the meeting from Berkeley. “This is not the outlier. It is the trend.”

“You all have this opportunity on your lap to set a new precedent for the end of fossil fuels in our built environment,” Saadat told the commissioners.

To date, more than 40 California jurisdictions have established policies that either entirely ban natural gas in new construction or encourage electrification. And in the months since San Francisco’s sky glowed orange, the California Energy Commission has proposed state building standards that require “electric ready” equipment and encourage electric heating rather than the use of natural gas.

Last year, California became the first state to enact standards that encourage the installation of rooftop solar on most new homes. If regulators approve the “electric ready” code, it will be another first-in-the-nation state standard, and California will have accomplished both policies through an often-overlooked mechanism: codes that govern the design and construction of new buildings.

Though California is often seen as a trailblazer in climate policy, similar efforts are increasingly cropping up around the country. Advocates and progressive code officials are trying to push forward building codes that help drive decarbonization.

Energy consumed in buildings produced more than 30 percent of U.S. greenhouse gas emissions in 2019, making them a key part of the climate challenge. And the window to decarbonize them is narrowing: Analysts at organizations such as the International Energy Agency have said that new construction worldwide will need to start switching to all-electric around 2025, if nations are to limit global warming to below 1.5 degrees Celsius (2.7 degrees Fahrenheit) in this century.

“The place that we are working right now is to get a better code on paper,” said Kim Cheslak, director of codes at the New Buildings Institute, a nonprofit that works with utilities and governments on energy efficient codes. “The place we need to work after that is to make sure that cities, states, and building departments have the resources to enforce full compliance.”

The United States does not have a national building code. Instead, states follow model codes: the International Energy Conservation Code (IECC) for homes and Standard 90.1, a building energy standard of the American Society of Heating, Refrigerating, and Air-Conditioning Engineers (ASHRAE), for commercial buildings. Certain states amend those standards to make them weaker or more stringent, or allow local governments to adopt codes. Other states, like California, set codes outside of the IECC process.

This decentralized approach leads to wide variation in code adoption. Nine states rely on IECC codes more than a decade old, according to tracking from the Department of Energy. Twelve states use standards set in 2015.

“You could be involved every three years in 52 fights over the code, because you’ve got 50 states plus the District of Columbia and the national model codes,” said Cheslak, a former D.C. codes official.

This year, those conflicts floated to the highest levels of national code development. The IECC development process — which takes place every three years — was embroiled in controversy when a significant number of local government officials turned out to vote on code changes, enacting efficiency improvements that could trickle down to jurisdictions across the country. In response, and reportedly under pressure from industry, the code council’s board of directors voted to change the process to one where local officials have less sway.

Now a growing group of clean energy and efficiency advocates, including Cheslak, are focusing on instituting local code amendments that improve on the model code. The New Buildings Institute is also already preparing language to submit in the IECC’s next code cycle, which will set standards for 2024, just one year before experts say building electrification needs to take hold.

California generally establishes more efficient energy standards than other states, as part of its efforts to reduce emissions 80 percent below 1990 levels by mid-century.

The state’s 2019 codes, which all but required solar on most new homes starting in 2020, represented a “quantum leap” forward, said Energy Commissioner Andrew McAllister in May. In August, the commission is expected to go further, finalizing codes that provide incentives for home builders to move away from natural gas heating and towards more-efficient heat pumps.

While many environmentalists hoped for an all-out gas ban, the standards could result in electrification of more than half of the homes built after Jan. 1, 2023, according to Pierre Delforge, a senior scientist focused on building decarbonization at the Natural Resources Defense Council. That would have the capacity to significantly impact the state’s emissions, he said, because as California’s electric grid gets cleaner, gas is becoming responsible for a larger portion of building emissions. Building stock overall accounts for about a quarter of California’s annual greenhouse gas emissions.

The current draft building code also delicately sidesteps a controversy surrounding the groundswell of California jurisdictions that have made efforts to eliminate natural gas in new construction. Those initiatives have faced opposition from the building, gas, and restaurant industries. The state code would give builders incentives to pick heat pump water and space heaters, rather than gas-fueled models. Success relies on a carrot and stick approach, according to Delforge. If builders do choose to install gas heating, they will have to enact more extreme efficiency measures in other parts of the home.

The format is similar to the one regulators used to encourage solar installation on most new homes. As in 2019, the flexibility built into the 2022 draft code eventually helped make builders more comfortable, said Chris Ochoa, senior counsel at the California Building Industry Association. “We appreciate the no-mandate” on total electrification, said Ochoa. Builders have raised concerns that such requirements would increase the cost of constructing new homes. “We’ve got a climate crisis, we get it. But we also have a serious housing crisis,” said Ochoa. “We’ve got to balance all these things out.”