Ancient Greek ‘pop culture’ discovery rewrites history of poetry and song Phys.org (AL). “The poem, unparalleled so far in the classical world, consists of lines of 4 syllables, with a strong accent on the first and a weaker on the third. This allows it to slot into the rhythms of numerous pop and rock songs, such as Chuck Berry’s ‘Johnny B. Goode.'”

Inside the cult of crypto FT

US honours 9/11 dead on 20th anniversary of attacks https://t.co/PHtXw8g0zd pic.twitter.com/uPiGtcCh00

The snack that supported a war Snack Stack. Freedom fries! Hilariously, the restaurant that coined the term is still selling them, 18 years later. In fact, they’ve expanded their offering.

People thought Osama had an entire mountain hollowed out that he was using as his base and that's why AQ was hard to find and that somehow a group of like 30 dudes arranged this. pic.twitter.com/lQDupNdpTp

Take a look at this curve… Mongolia was a ZeroCOVID country that is also geographically quite well placed to avoid infecting everyone given how sparse it is. But they started having some cases in November, then, having secured vaccines for everyone, gave up on containment in 2021, had a first significant wave in April, reached 60% vaccination in early May, had another even bigger wave in May-June, now they are at 70% vaccination, and the current wave is breaking all records. They do seem to fudge death numbers though — the official CFR is 0.4% and there were some distressing videos of people lying on the pavement outside hospitals about to die which do not fit with the reported averages of 5-10 deaths a day. So it looks like a Serbia situation (Serbia’s CFR is 1%, which is 3x less than any other country nearby and excess deaths are 5-6X the official COVID deaths, so it’s clear what is going on there).

Also, the Seychelles, which were an early warning sign about the dangers of full reopening, have come down since then by a factor of 4x in terms of cases. So they are no longer at 0.25% of the population testing positive daily, it is now at 0.06%, which is up from 0.04% at the bottom of the curve in July. That bottom was the equivalent of 130K cases a day in the USA, currently they are at 200K-equivalent.

That is at 75% vaccination.

They became the first country in which 20% of the population tested positive, most of them since the reopening. They were at zero for most of 2020 too.

One can make some simple back-of-the-envelope calculations about what the endemic COVID future looks like.

If protection, from the combination of vaccines, convalescence, and just plain luck not to get exposed lasts for two years, the US can actually sustain 400K infections a day on average indefinitely, which is how long it will take for everyone to get infected within two years. If we make that 3 years, it will be 270K infections a day, which is probably what it is right now accounting for all the people who don’t get tested. That’s assuming R_e stays around 1 though, but there will be concentrations of infections in summer in the South and winter everywhere due to seasonal effects. That in turn means 1500-2000 deaths a day indefinitely, assuming no major viral evolution towards worse, of course.

Fascinating what “live my life” comes down to operationally, isn’t it? Let ‘er rip!

8) At the same Tuesday WHO meeting, they confirmed that new variants will be named after stars and constellations once Green letters run out. ➡️Note, Andromeda is a constellation… so… “Andromeda Strain” is now technically possible as a name. 👀 https://t.co/qu2UmtUUBA

Rapid, Large-Scale Wastewater Surveillance and Automated Reporting System Enable Early Detection of Nearly 85% of COVID-19 Cases on a University Campus American Society for Microbiology. From the Abstract: “In this study, we employed a large-scale GIS (geographic information systems)-enabled building-level wastewater monitoring system associated with the on-campus residences of 7,614 individuals. Sixty-eight automated wastewater samplers were deployed to monitor 239 campus buildings with a focus on residential buildings. Time-weighted composite samples were collected on a daily basis and analyzed on the same day…. This system, integrated with the rest of the “Return to Learn” program at the University of California (UC) San Diego-led to the early diagnosis of nearly 85% of all COVID-19 cases on campus. COVID-19 testing rates increased by 1.9 to 13× following wastewater notifications. Our study shows the potential for a robust, efficient wastewater surveillance system to greatly reduce infection risk as college campuses and other high-risk environments reopen.” Given that wastewater testing has been known to be effective in detecting Covid since at least August 2020 (see NC here; Nature here) college administrators will naturally have banded together to bring this technology nationw— oh, what’s the use.

The debate over Covid-19 vaccine boosters, what to call them, and whether they’re needed STAT

Estimates of COVID-19 Cases and Deaths Among Nursing Home Residents Not Reported in Federal Data JAMA. From the Abstract: “Federal data underestimate the impact of COVID-19 on US nursing homes because federal reporting guidelines did not require facilities to report case and death data until the week ending May 24, 2020.”

Public Health Law after Covid-19 NEJM. “Taken together, these cases pose new challenges to officials’ ability to protect public health. The decisions with regard to free exercise of religion suggest that health orders will face strict scrutiny if they regulate religious practices more strictly than any secular activity that courts deem similar.” If the public health establishment could accept that Covid is airborne, and then regulate buildings and gatherings (any building, any gathering) by size and ventilation characteristics, as opposed to function, then the “strict scrutiny” issue would go away. They seem not to be able to. So here we are.

Notes From Myanmar’s Underground The Irrawaddy. From the NUG:

NUG not saying it will never negotiate. Just that pre-conditions need to be met first. Those advocating for dialogue need to offer a way to get the Tatmadaw to make meaningful concessions so that negotiations actually matter. Otherwise you’re just asking NUG to capitulate https://t.co/EywzXTXRi4

No elves I can see:

VIDEO: Exploring the North Pole aboard a giant Russian icebreaker.

Russia is expanding its nuclear icebreaker fleet which Moscow hopes will secure its supremacy over the Arctic as climate change makes it more navigable pic.twitter.com/ruCFPsuEAC

Europe Should Drop the Act on Afghanistan The Atlantic

U.S. Forces Were Training the Guinean Soldiers Who Took Off to Stage a Coup NYT (Re Silc). The Deck: “American military officials have denounced the ouster of a president in West Africa, and said they had no warning of what their students were planning” [nods vigorously].

Column: Here’s why Biden’s vaccine mandate is right — and should stand up to legal challenges Michael Hiltzik, LA Times

Welcome to my TED talk:

Probably one of the best yet:https://t.co/s7MqUmBROD

Federal judge blocks key portion of anti-riot law, targets DeSantis and three sheriffs Miami Herald. An anecdote on what Google is doing to local news: I search for the story on Google, because I try to give local newsrooms the hits. I get only national sources: WaPo, NPR, the Guardian, AP, the UK’s Daily Mail (!). I restrict the search to the Miami Herald site. The results are irrelevant. Finally, I include the string “Miami Herald,” and I get another source that links to the Miami Herald, which has the story I want. Now imagine this happening universally, because it does, it’s an algo. (I probably should have checked to see how many of the links that Google did supply were dupes of the same AP story, pulled from the wires.) It’s so appalling. (Not that I’m foily, but maybe McClatchy is so strapped it can’t pay kickbacks to Google, like the big boys could?)

Not Waving but Drowning Causal Inference 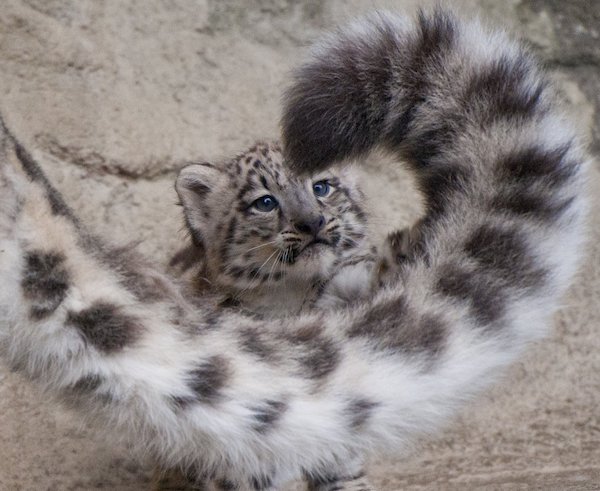