HSBC, BlackRock, Nestle to help design nature-driven risk framework Reuters. The finest, most upstanding corporate citizens you could ever hope to meet!

Some fear boosters will hurt drive to reach the unvaccinated AP

How do we know the COVID vaccine won’t have long-term side-effects? The Conversation

How safe is the cinema? Experts analyse Covid risks as No Time to Die opens Guardian

Next China: Coal Crunch Knocks Out the Lights Bloomberg

3/3
Redistributing income downwards helps at the margin, but there are only real two ways of rebalancing demand towards consumption. Either boost consumer debt, or boost the income share of GDP retained by households, which also means reducing the share of some other sector.

China has built a 5,000-room quarantine center for overseas arrivals. It could be the first of many CNN

honestly this made me very happy because I always thought premodern Chinese poetry was so boring and stilted (modernist bias!!!) and it turns out I was completely wrong and it's actually so vibrant and deeply emotional and at times completely ridiculous

Philippines is the worst place to be in during COVID, says Bloomberg MSN (Furzy Mouse).

Future Fund worth $250bn says FoI requests ‘administratively burdensome’ Guardian. “The $250bn Future Fund says receiving 10 to 20 freedom of information requests a year is “administratively burdensome” and has confirmed proposed changes by the Morrison government would have shielded it from the kind of request that exposed investments in a company linked to the Myanmar military.”

The Clock Is Ticking for Tunisia’s Saied Foreign Policy

The Guardian view on Keir Starmer’s speech: in search of a vision Guardian. Confidence-building photo:

After days of discord, Britain’s main opposition leader, Keir Starmer, ended the Labour Party’s conference with a series of pledges intended to shift his party to the political center and deliver a clear break with the legacy of his predecessor. https://t.co/HQ8W47UMqE

The nice thing about that verbless Labour slogan — “STRONGER FUTURE TOGETHER” — is that you can arrange the words in any order without loss of sense-making, good job.

Keir Starmer vows to ‘re-tool’ Labour as party of law and order Politico. Thank God we’ve got Peter Mandelson back. Everything will be alright now. Meanwhile:

It is with deep sadness that I have resigned from Keir Starmer’s Shadow Cabinet, following the leadership’s refusal to back a £15 minimum wage and statutory sick pay at the living wage. pic.twitter.com/dz1KQTj0qR

Haiti Since the 2010 Earthquake: A Review of 11 Years Following the Money CEPR

Why progressives really may kill the bill Politico. Because, in 2009, they went through ObamaCare and saw what a debacle it was, apparently. But from outside the “Progressive Caucus”:

Before we take action on the Infrastructure Investment and Jobs Act in the House, we must have a clear path forward from the Senate on the Build Back Better Act.

My full statement below: pic.twitter.com/vMDYBfTTQb

I don’t know what “a clear path forward” means. A deal was supposed to be a deal; that’s why the Infrastructure bill passed the Senate to begin with. Then the [***cough*** ka-ching ***cough***] “moderates” started trying to retrade it. So, now “progressives” should make another deal?

There is no meaning to be drawn from this Manchin statement. Status of the talks is no different.

I have to admit that Manchin’s statement, in its fulsome vacuity, reminded me of AOC on her “present” vote on weaponry for Israel. Perhaps Grim is correct.

Manchin says he could back reconciliation bill this year The Hill. Commentary:

Everybody who is not Sinema/Manchin should be FURIOUS now. We can have fights on policy – that’s normal. That’s NOT what’s happening here. Sinema/Manchin AGREED to the reconciliation top-line. THAT AGREEMENT is what got the BIF 69 votes in the Senate. Short angry thread… pic.twitter.com/QwnytRv0Ge

Noteworthy because the account the co-founder and co-executive director of Indivisible. They can stomach the Clintons, no problem, but not this.

Confusion abounds as Biden rolls out scaled-back US booster campaign FT. I don’t want to be cranky about this, but we were sold that “the adults in the room” would be back in charge. And here we are!

Peyton and Eli Manning Can’t Save the NFL The Atlantic

The Age of America First Richard Haas, Foreign Affairs vs. Has neo-Orientalism killed our ability to sense the limits of Western influence? Responsible Statecraft. Quincy Institute: “Haass is mourning over an empty grave. How often is U.S. foreign policy at once values-based, multilateral, and highly effective at shaping global developments?”

The west is the author of its own weakness FT

Why America has a school bus driver shortage The Hustle 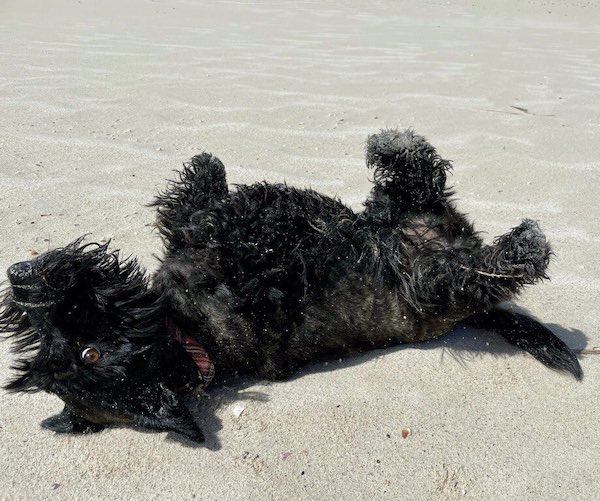 The dog that leads the lost kitten to its home pic.twitter.com/Py71NfZivn