In response to our opening question, “Is there a path forward that can get us there cheaply and quickly?”, our answer is an emphatic “Yes!”. Our quantitative analysis supports other recent efforts using up-to-date data and technology assumptions that reach a similar conclusion. The key is to maintain the current high growth rates of rapidly progressing clean energy technologies for the next decade. This is required to build up the industrial capabilities and technical know-how necessary to produce, install and operate these technologies at scale as fast as possible so that we can profit from the resulting cost reductions sooner rather than later.

The belief that the green energy transition will be expensive has been a major driver of the ineffective response to climate change for the last forty years. This pessimism is at odds with past technological cost-improvement trends, and risks locking humanity into an expensive and dangerous energy future. While arguments for a rapid green transition often cite benefits such as the avoidance of climate damages, less air pollution and lower energy price volatility, these benefits are often contrasted against discussions about the associated costs of transitioning. Our analysis suggests that such trade-offs are unlikely to exist: a greener, healthier and safer global energy system is also likely to be cheaper.

The Cheap and Easy Climate Fix That Can Cool the Planet Fast Bloomberg. Methane.

The Nasty Logistics of Returning Your Too-Small Pants The Atlantic. Supply chain follies.

Crews Are Abandoned on Ships in Record Numbers Without Pay, Food or a Way Home WSJ. See NC summarizing the “crew change crisis” over a year ago. I suppose we’ll be seeing stories about a shipping labor shortage next. “People just don’t want to work!”

Musk Says Tesla Software Update Delayed by a Few Days Bloomberg. “Tesla Inc is delaying the rollout of the FSD Beta 10.2 software update due to last-minute concerns.” FSD = Full Self-Driving. What could have gone wrong?

Nationally Representative Social Contact Patterns in the United States, August 2020-April 2021 (preprint) (PDF) medRxiv. From the Discussion: “Overall, national contact rates in Spring 2021 were similar to those in Fall 2020, with most contacts in both surveys reported at work. The number of contacts reported was not uniform across groups, with those identifying as non-White, non-Black, non-Asian, and non-Hispanic reporting high rates of contact relative to other racial and ethnic groups. Contact rates were highest among those with lower incomes and in specific occupational categories, including retail, hospitality and food service, and transportation. While the number of contacts reported were mostly similar from baseline to follow-up, younger adults (aged 25-34) reported higher numbers of contacts at follow-up as compared to baseline. Finally, we found that those testing positive for SARS-CoV-2 antibodies reported a higher number of daily contacts than those who were seronegative. Collectively, these findings provide robust empirical evidence for differences in social behavior among demographic groups, highlighting the profound disparities that have become the hallmark of the COVID-19 pandemic.”

Multicomponent Strategies to Prevent SARS-CoV-2 Transmission — Nine Overnight Youth Summer Camps, United States, June–August 2021 Morbidity and Mortality Weekly Report, CDC. “The combination of high vaccination rates among persons eligible for vaccination, frequent testing, podding, modified programming, masking, physical distancing, and attention to hand hygiene afforded campers and staff members safe engagement with their peers and camp community. These findings also highlight important guiding factors for development and implementation of COVID-19 prevention protocols in other youth-focused settings, including schools and related youth programs.” Ventilation is not mentioned, but from what I recall of summer camp, most everything was outdoors or might as well have been. Notice, however, that since CDC recommends these strategies for schools, they continue to suppress aersosol transmission and endorse the hygiene theatre of handwashing.

Companies prepare for a ‘selective decoupling’ with China FT

‘Starting a Fire’: U.S. and China Enter Dangerous Territory Over Taiwan NYT. This nugget was not in the story:

Biden apparently told Xi this: “My father used to tell me, Joey, the only thing worse than a war is an unintentional war.” Excellent, grim piece by ⁦@ChuBailiang⁩ ⁦@stevenleemyers⁩ https://t.co/WnXmcnPUwi

Garment workers face a fresh threat: a boycott Frontier Myanmar. Oil or jade would seem to be closer to the Tatmadaw jugular than apparel. Or drugs.

Myanmar’s Military Chief Staged a Coup. But He Did Not Act Alone The Irrawaddy

Indian minister’s son detained after car kills protesting farmers FT. The dude should move to Florida, he’d get away clean.

Dhakis for Durga: without skipping a drumbeat People’s Archive of Rural India

Taliban say they won’t work with US to contain Islamic State AP. Once bitten, twice shy.

When others stay silent about the ills of British capitalism, liars like Johnson rush in William Davies, Guardian. Particularly ironic given the role that Guardian played in defenestrating Corbyn. Which “others,” exactly, does Davies expect to perform the critique?

Biden Should Be Selling His Plan, Not Compromising Away Its Promise The Nation

“Unify” and “deliver.” “Build Back Better” is certainly sharpening the contradictions:

Deathly Silence: Journalists Who Mocked Assange Have Nothing to Say About CIA Plans to Kill Him FAIR

Google and YouTube to prohibit advertisements on content with false information on climate change CBS. Greenwald calls attention to this language: “Google said it will ‘look carefully’ at whether a piece of content is making a prohibited claim or simply discussing it.” If a policy of “prohibited claims” on Covid had been in effect in early 2020, neither masking nor aerosol transmission would ever have gotten traction, at least within the Googlesphere. The same is true for claims about Iraqi WMDs or RussiaGate. In all these cases, claims from the margins were correct, and would have been censored. The same would be true of MMT.

The NWSL Was Working As Intended Defector

Ahead of an unpredictable flu season, public health experts urge nation to sign up for flu shot ABC

Fundamentally, nothing will change, expecially health care for profit:

I think Biden’s speech slammed the door on “people having their fears and concerns addressed”: “We’ve been patient, but our patience is wearing thin.” Maybe next time.

LEGO to release a 9,090-piece scale model of the Titanic — its biggest set ever CNN

(We have linked to this site before, but this is a revised pitch.)

Photographs from Chris Arnade, on a walk through Buffalo. Really worth looking through the entire gallery:

So begins my walk, from Tonawanda to Lackawanna, (How Seuss-ian!) around some nice old school charm.

Hopefully to end in a bar in time for happy hour pic.twitter.com/RLL8unKxZq

These photos could have come from no place other than America, and no time other than this (post-deindustrialization).

America’s Economic Divide In Two Stories Heisenberg Report. Very good. And read all the way to the end.

How the world’s biggest brain maps could transform neuroscience Nature. It’s not neuroscience I’m worried about:

The Wild Joy of Foraging My Own Food Texas Monthly. I doubt very much this will scale. 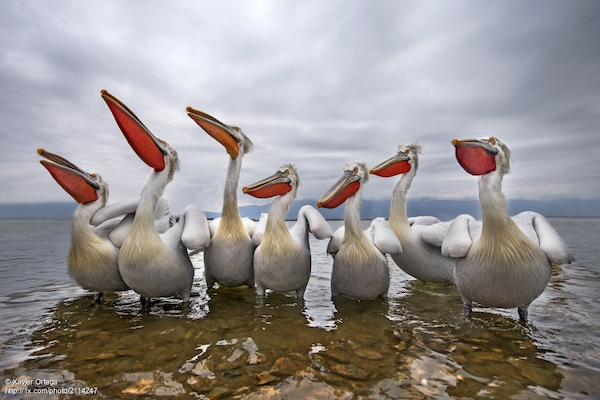 To grab a female’s attention he creates something that defies belief ?