The Elephant Who Could Be a Person The Atlantic

The Secret Broker: What could possibly go wrong? Everything. Stockhead

Pension Funds Should Never Rely on Correlation (forthcoming) (PDF) Ronald Lagnadoy, Nassim Nicholas Taleb Journal of Alternative Investments. From the Abstract: “The central decision for a pension fund is the allocation between stocks and bonds, often relying, for intellectual backup, on metrics and methods from Modern Portfolio Theory (MPT). We show how, historically, such an “optimal” portfolio is in effect the least optimal one, as it fails to protect against tail risk and under-allocates to the high-returning asset class. MPT fails in both risk control and real-world investment optimization.”

How to Talk to Your FoxNews Loving Relatives at Thanksgiving! The Big Picture. From 2019, still germane. You can apply over the leftovers.

Slide into your long weekend with our Great Gratitude PDF Kit! Fill out a cheerful checklist 😊 blessed bingo card 🙏 thoughtful thank you card template 🙌 and more (yes, there are stickers). https://t.co/VzO3W409sT pic.twitter.com/2WC4NkBXzs

How the weather shapes history (unlocked) The New Statesman

Heavily mutated coronavirus variant puts scientists on alert Nature. See Yves’ post on this new variant, B.1.1.529. The deck: “Researchers are racing to determine whether a fast-spreading variant in South Africa poses a threat to COVID vaccines’ effectiveness.” My heuristic for the word “racing” is that the first causes of the race are always endogenous to whatever system the article describes or alludes to, and unstated within it. In geopolitical terms, if worst comes to worst, note that powers in the Anglosphere — defined as the US and UK, and their former colonies, South Africa and India — aren’t doing well on the optics right now. This would be the third time — Kent, India, now South Africa — where Anglo incubation reservoirs spilled over into floods of infection. China could consider itself fully justified in never “opening up,” with obvious consequences for a “return to normal” in the supply chain.

Interactive Ventilation Tool CDC. I love this. Not only did CDC put this up one day before Thanksgiving, so people had no time to prepare their home ventilation strategies for guests, a year into a pandemic known to be airborne, too. Oh, and no mention of Corsi boxes, showing nobody at CDC researched ventilation measures people on the ground are actually taking. (A single result for “Corsi” on the CDC site, and that irrelevant.) I repeat my call for CDC to be burned to the ground, the rubble plowed under, and the earth salted.

The Best and Worst Places to Be as Covid Reopening Gathers Pace Bloomberg. Even leaving Bloomberg’s business-centric conception of “best” aside, I have the feeling stories like this are going to look pretty stupid in a few days.

Relationship among state reopening policies, health outcomes and economic recovery through first wave of the COVID-19 pandemic in the U.S. PLOS One. Final paragraphs: “The idea of fear as a primary driver of the sharp reduction in consumer card spending during the emergence of the pandemic is supported by the data and related literature. On the other hand, our main finding is that the recovery in consumer card spending following the first wave of the pandemic was more related to state decisions to reopen from the lockdowns than the trends in the spread of SARS-CoV-2 at the time. In this case, reopening decisions are a powerful mechanism to influence population behavior, and the timing of these decisions may affect both the economic and the health outcomes in the current and future pandemics. This correlation explicitly indicates the importance of planning and implementing resilience in governance strategies to assure appropriate management of future pandemics.” Whatever that means.

Why Retailers Are Fighting a Vaccine Mandate Before the Holidays NYT. Ka-ching.

The forgotten Covid jab that might have no side effects in kids: Novavax vaccine made in Teeside set to become fourth approved shot and UK has 60million on order Daily Mail

A new variant of the Covid virus discovered in southern Africa, experts warn: its power may exceed delta What China Reads

Supply-Chain Crisis Only Getting Worse With China’s 7-Week Port Quarantine Bloomberg. Paraphrasing, the CCP should risk workers’ lives so Western rentiers can make bank (and Western consumers consume). Let me know how that works out.

Please expose this picture too. pic.twitter.com/DFYrfvzjuO

In Africa, Blinken sees limits of US influence abroad AP

Starmer on Boris Johnson saying ‘fuck business': "I can promise you that the only 'F words' I'll be using are ‘foreign investment’, 'fair trade', 'fiscal policy', and 'fiduciary duty'"

It Wasn’t a Hoax David Frum, The Atlantic. No, not Iraq WMDs, silly.

The thing that absolutely blew my mind is learning that truck drivers do not get paid until the container is loaded onto their truck at the port, effectively taking on the entire risk of delayed shipments that literally every other link in the chain is better equipped to handle

The Goldstrike Is a Fight for the University’s Soul Tribune

Flash mob smash-and-grabs continue at high-end stores in Los Angeles LA Times. Reminiscent of the Tiflis bank robbery, but somehow I doubt today’s version of Joey Steel is behind it.

The Left’s Covid Failure Unherd. Speaking of which:

Compared to white people, age-adjusted death rates have been:

If you're manufacturing a consensus that vaccines alone, with no NPIs, are the only way forward, devaluing the unvaccinated by painting them as the Trumpist political enemy that will respond to few if any policy levers, the reality of persisting racial inequality is inconvenient

The Unvaxxed Lefties Hiding in Plain Sight New York Magazine. I love the “enemy within” framing in the headline. Anecdotal, but telling (about the author, too. The enforcing begins in paragraph nine).

Antifa And Its Origins The American Conservative. Two sentences struck me: “Unlike the modern left, traditional Marxists prioritized the welfare of the working class against bourgeois owners of capital.” Meaning, to me, that the “modern left” is just another flavor of liberal. And: “Despite his authoritarianism, Il Duce was considered a leftwing reformer until his alliance with Nazi Germany.” Well, er.

Individuals matter Dan Luu. Yes, this is from 2021. 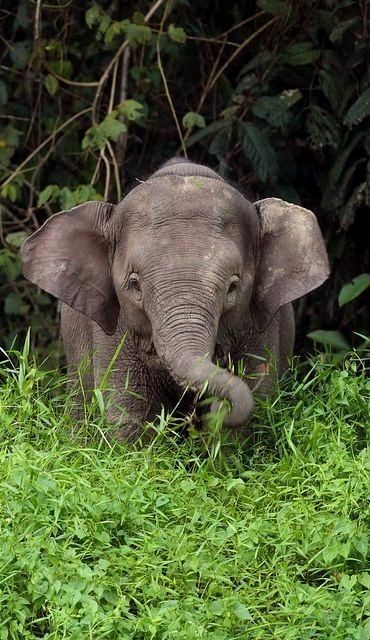