Orchid hunting has come a long way. In 5 steps you can join a national research effort The Conversation

Cats caused more than 100 house fires in the past 3 years, South Korea officials say CNN. For pity’s sake, give the cats what they want!

Tesla undertakes its largest-ever voluntary vehicle recall FT 475,000. “The total is comparable to the 499,550 vehicles that Tesla delivered in 2020.” Didn’t Musk — who has been looking oddly bloated, recently, and has taken to wearing some sort of dead animal on his head — unload a lot of stock recently?

A Robot For the Worst Job in the Warehouse IEEE Spectrum

A COVID Vaccine for All Scientific American. Corbevax, from the Texas Children’s Hospital Center for Vaccine Development:

The central government of India has already ordered 300 million doses. And BioE, the company manufacturing [Corbevax], plans to produce 100 million or more doses per month starting in February. Approximately 150 million doses have already been produced and are ready to roll out. In addition to what the company is supplying to India, BioE plans to deliver more than one billion additional doses to other countries.

What this means is that Corbevax will soon vaccinate more people than vaccine doses donated so far by the U.S. government or any other G7 country.

Corbevax is made using technology that has been employed worldwide for decades, meaning that manufacturing processes are generally already well-known and won’t require a steep learning curve like the one needed for the scale-up of new technologies such as mRNA, adenovirus and protein particle vaccines.

Or, to put this another way, Corbevax isn’t an enormous medical experiment. Good news for the New Year.

I wish this didn't ring so true. https://t.co/bM5NvXNjAa

Plexiglass. Two years into the pandemic.

No HEPA filter visible, no Corsi box, no windows cracked. Maybe the New Jersey Education Association should give consideration to undertanding how Covid actually transmits?

The CDC’s Defense of Its New COVID Guidelines Is Complete Nonsense Slate. How California improved on CDC:

CDC processes. The conclusion of a copy-editing epic (read the whole thread):

So after the manuscript spend the vast majority of the previous 12 months on CDC desks not ours, we were rejected by the CDC because the data had become >12 months old. 10/14

I am vociferously in favor of copy editing and style guides. But good copy editing can be done at speed. The CDC seems to think speed is not important. I don’t think CDC has a lot of good will left on the balance sheet among professionals, at least disinterested ones. This story is surely unique only in that the author risked blowback by telling it.

Intranasal inhibitor blocks omicron and other variants of SARS-CoV-2 Research Square. Mouse study. From the Abstract: “[T]here remains a need for SARS-CoV-2 blocking agents that are more economical to produce in large scale, while less vulnerable to mutational variation in the neutralization epitopes of the viral Spike glycoprotein. Here we describe TriSb92, a highly manufacturable trimeric human nephrocystin SH3 domain-derived antibody mimetic targeted against a conserved region in the receptor-binding domain of the Spike. TriSb92 potently neutralizes SARS-CoV-2 and its variants of concern, including Delta and Omicron. Intranasal administration of a modest dose of TriSb92 (5 or 50 micrograms) as early as eight hours before the challenge with SARS-CoV-2 B.1.351 efficiently protected mice from infection.” If true, more good news.

Investigation of a SARS-CoV-2 B.1.1.529 (Omicron) Variant Cluster — Nebraska, November–December 2021 Morbidity and Mortality Weekly Report, CDC. “Travel history of the index patient and phylogenetic analysis of the secondary cases indicate an international introduction of the Omicron variant, consistent with other early cases identified in the United States.” It’s a good thing the Biden Administration’s travel policies have allowed us all to get back to “leading our lives.”

The Forever Virus Foreign Affairs. Understandably, our political class is deeply invested in the idea that Covid is permanent, and always would have been, inevitably.

The Third, and Last, Covid Winter Begins Peggy Noonan. The last paragraphs are a spectacular channeling of West Wing brain.

Going Out and Worried About Covid Safety? There’s a Calculator for That. NYT (Re Silc). Naturally, not a word on ventilation (only proxies like indoors v. outdoors, and room size). Here is how a society that really wants to help you assess risk does it:

How come Japan has had much lower levels of airborne disease? It's a mystery; we may never know… https://t.co/jQOD6dvYjC

None of this should be hard.

Xi’an: Cries for help and food in quarantined Chinese city BBC. If the Western press weren’t so heavily invested in selling the notion that Zero Covid is and always was impossible, I’d give this report a lot more credibility.

India may be walking a diplomatic tightrope but is dangerously close to recognising the Myanmar coup Scroll.in

An Unlikely Success: Demonstrations against Farm Laws in India ACLED

What the US Misunderstands About Russia Project Syndicate

Cutting Russia off from SWIFT would become common problem, since Russian exports would not be waived – Siluanov Interfax

The crack public relations team in the West Wing seems not to undestand that deaths lag cases, and reported deaths lag actual deaths:

Although they do understand a sketchy y-axis!

Patients won’t have to fear as many surprise medical bills come January CNN. CMS. Good, but “as many”?

Clinton: ‘It is a time for some careful thinking about what wins elections’ The Hill

The Pentagon has streamlined the process for sending National Guard troops into DC Military Times (Re Silc).

What prediction markets suggest will happen in 2022 The Economist

21 Predictions for Crypto and Beyond in 2022 CoinDesk

Shaina is a Computer Science TA, hired as an hourly worker.

"If there's one thing I learned from the overenrollment [in CompSci], it's that the administration does not care about us. They are perfectly happy to let their students suffer and their TAs be overworked."#CUonStrike https://t.co/g3YWM79XxG

From treatment of gig workers to tip transparency, the app-based economy could see key changes in 2022 MarketWatch

The Cruel Failure of Welfare Reform in the Southwest Pro Publica

NASA Paid Priests to Figure Out How to Deal With Aliens The Byte (Re Silc).

Don’t forget to declare income from stolen goods and illegal activities, IRS says NBC. News you can use! 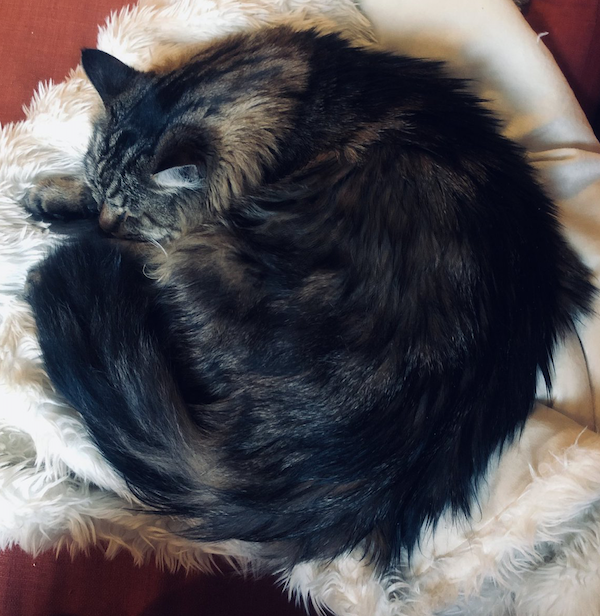 For those who gave a Lego set, or got one: