Yves here. As much as Leonard Mlodinow’s book about emotions sounds plausible, the review gives the impression it may not go far enough. We humans tend to think over-much of our logical reasoning, when I would argue that one of our most important cognitive capacities is pattern recognition. The problem with giving that undue weight is that it is very prone to sample bias; witness, for instance, how many gravitate towards relationships that resemble the bad ones they grew up with.

However, when we have a fight or flight reaction, or have a gnawing gut feeling, it is indeed often not based on logical reasoning, but on a process that we can’t pull into our rational process, either because we have to react too quickly, or we haven’t (yet) identified why a situation or pending action is giving us heartburn.

In the fall of 1983, Soviet lieutenant colonel Stanislav Petrov was monitoring his country’s nuclear warning systems when alarm bells suddenly started ringing. The screen in front of him flashed the word “LAUNCH.” The alerts signaled what appeared to be a terrifying reality: The United States had lobbed five intercontinental missiles straight at the USSR.

Petrov knew what he was supposed to do next: pick up his phone and report the launch to the Soviet high command. Yet he hesitated as fear gripped him. He knew his report would mean the start of a nuclear World War III. Everything in him protested against such a possibility, and his fear mixed with an inchoate suspicion that the alerts might be wrong. So he waited, seconds ticking torturously away, until confirmation came that no missiles had been launched. Sunlight reflections, it turned out, had confused Soviet monitoring satellites and triggered the alert system. Petrov’s emotion-driven response had steered two world powers clear of mutually assured destruction. 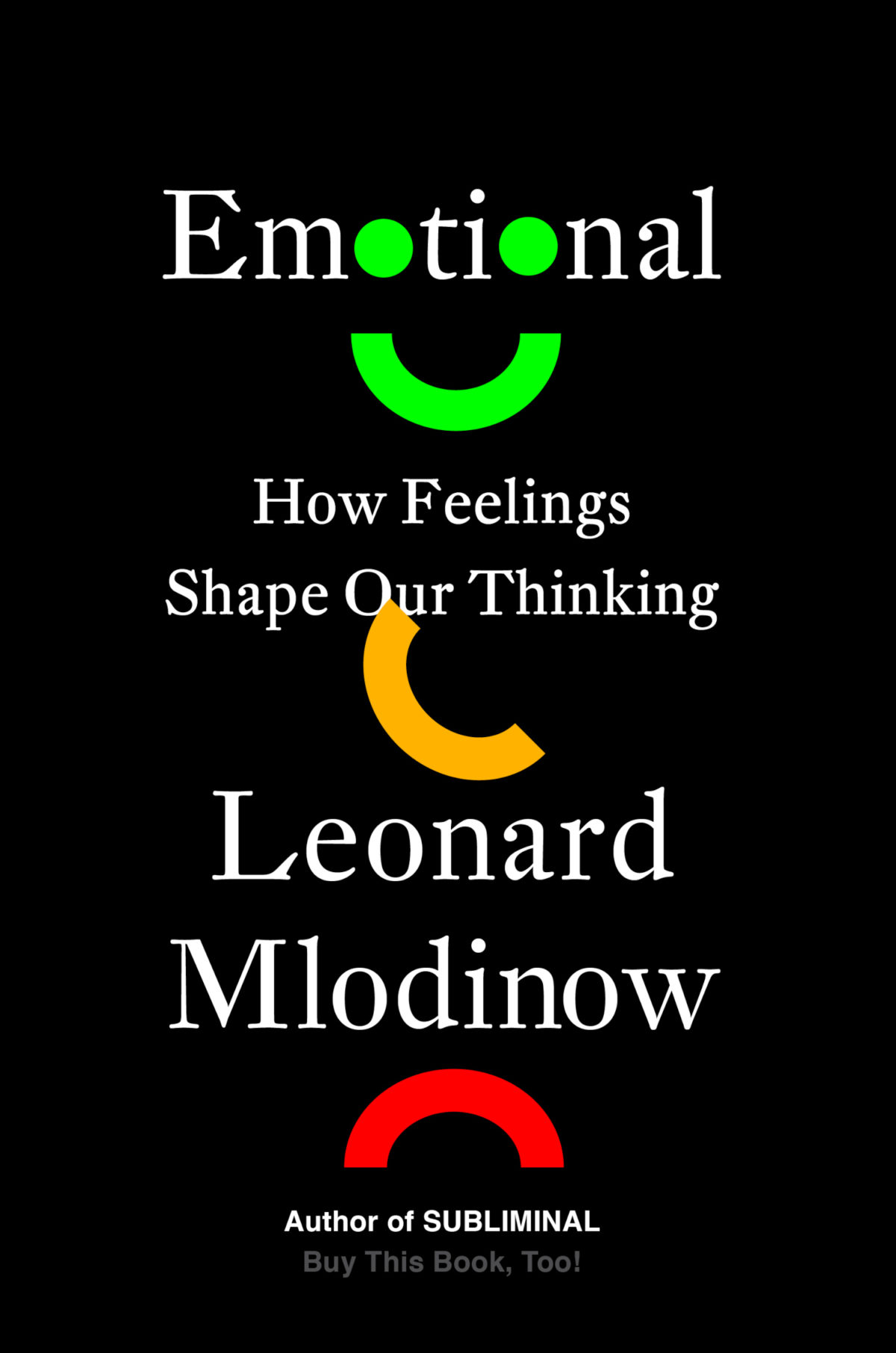 In “Emotional: How Feelings Shape Our Thinking,”physicist and science writer Leonard Mlodinow explores our feelings’ power to spur this kind of intelligent, nuanced action, even if the world’s fate doesn’t hang in the balance. Whether positive or negative, our emotions linger like perfume clouds, profoundly affecting how we think — and, by extension, what we do. “[E]motion shapes virtually every thought we have,” Mlodinow writes. “It contributes, moment to moment, to all our judgments and decisions…”

Like Plato, who perceived emotion as a horse and reason as its driver, Western thinkers have long distinguished rational thoughts from non-rational ones. But Mlodinow rejects this traditional divide. Since emotion determines the ever-changing context in which our brains operate, he notes, reason and emotion have always been as interwoven as loom threads. “Even when you believe you are exercising cold, logical reason,” he writes, citing brain researcher Ralph Adolphs, “you aren’t.”

But much of the time, Mlodinow argues, that’s a good thing. Emotion, as Charles Darwin came to believe, often supplies an evolutionary advantage. It can help us solve problems more quickly and incisively than we could with reason alone. The smell rising from a jug of spoiled milk triggers the emotion of disgust, setting the stage for your decision about what to do next (dump it straight down the drain, most likely).

Likewise, it was Stanislav Petrov’s understandable fear of starting World War III that stopped him from reporting the apparent U.S. missile launch. Had he been able to excise his emotions from the equation, he would have passed the alert to his commanders immediately, as his training had primed him to do. A judicious blend of emotion and rationality, Mlodinow writes, “provides the more efficient route to achieving a workable answer.”

From this launching point, Mlodinow sends readers on an all-inclusive tour of the emotional landscape, describing the key roles feelings like love, determination, fear, and sadness play in our lives — both for good and ill. Along the way, must-see tour stops are interspersed with the odd clunker. Some of Mlodinow’s conclusions feel like old news: Most of us have heard the theory that sadness compels us to “do the difficult mental work of rethinking beliefs and reprioritizing goals,” something post-traumatic growth researchers have been contending for years.

Other insights are more philosophically interesting, like Mlodinow’s reflections on research showing that it’s possible — at least in animals — to enhance determination by sending laser light into certain brain regions. “By stimulating the right handful of neurons, we really can increase resilience,” he writes. Findings like this could potentially upend the moral value we accord some emotional states. We’ve long viewed determination as a litmus test for character, but if scientists can evoke something like grit with the flip of a switch, is that litmus test still valid?

Throughout, Mlodinow’s jocular storytelling style helps smooth some of his tour’s conceptual bumps. Describing a lovesick man’s plan to have a friend shoot him so that his ex would feel sorry for him, he observes that the man’s ex “didn’t seem to care.”

“Apparently,” he writes, “she didn’t feel that the bullet hole in Cardella had remedied the shortcomings of their relationship.”

The final chapters of “Emotional” deliver the biggest payoff, exploring research-tested ways to regulate emotion to produce better outcomes and softer landings. Compared to instinct, Mlodinow points out, emotion leaves far more room for personal agency — for crafting a tailored, deliberate response that aligns with your goals and well-being.

If, say, you’re stressed about being 10 minutes late to a meeting, you can tell yourself, “This won’t bother anyone because they know I am usually on time,” a reappraisal that will dampen the fear and guilt you might otherwise suffer. And if a friend ghosts you, you could consider other life commitments that might prevent them from getting in touch, which might help you feel sympathy rather than resentment. “If there are different ways of looking at something, which lead to different emotions,” Mlodinow writes, “why not train yourself to think in the way that leads to the emotion you want?”

If this sounds like a riff on the cognitive-behavioral approach of changing destructive thoughts to combat depression, that’s because in some ways it is. Yet Mlodinow’s prescription still feels fresh because it’s aimed not just at easing mental health struggles, but at helping more-or-less healthy people to flourish in new ways.

Since thought and emotion are so intertwined, harnessing reason to govern emotion might seem like a losing proposition. Still, research bears out the mental and physical rewards of taking new perspectives on your feelings — or at least attempting to — when they threaten to steer you off course.

The better people can modulate their emotions, studies show, the less prone they are to heart attacks — possibly because re-directing tempestuous feelings can calm the body’s stress response, limiting the tissue damage that often comes with it. “Once you are self-aware,” Mlodinow writes, “you can manage your feelings so that they always work in your favor.”

An absolutist claim, perhaps, but Mlodinow makes a strong case that this kind of emotional reframing is at least worth a try.