Yves here. It’s hard to know where to start unpacking the US political class’ “WMD in Iraq” level of misrepresentations about Russian actions and intentions for Ukraine and NATO. But one of the foundational ones is the assertion that Russia is refusing to negotiate, which comes straight from the New York Times to your eyeballs this morning. The headline of its lead story: Biden Says Putin Has Chosen ‘Catastrophic’ War Over Diplomacy.

Needless to say, a look at the record paints a different picture.

Now the US is at best trying to depict Russia having presented clear red lines as being tantamount to not being willing to negotiate. But the US and NATO are not willing to acknowledge that what they’ve made noises about to Russia is tantamount to threatening to move arms into Monterrey, Mexico. The Russian position is that both sides are entitled to national security. The US refusal to respond to Russian documents stating that position comes off as an admission that we won’t concede what ought to be an apple and pie proposition.

As David put it yesterday in comments:

What’s happening is quite simple. The Russians have been signalling for sometime that they are unhappy with the eastward expansion of the western bloc, and that western troops deployed on Ukrainian territory will not be tolerated. They are therefore supporting separatists in the East of the country, and creating confusion and panic, as a way of signalling this, and keeping the Ukrainian and the western governments guessing about their intentions. They have no interest in absorbing this area into Russia, and even less in invading the country, not least because the latter move would have the perverse result of bringing NATO forces closer to their (new) borders. The Ukrainians seem to understand this, and there are already the faint outlines of a deal in which the Russians will turn down the volume and stop supporting the separatists so much, while the Ukrainians will back off any idea of NATO membership and won’t allow foreign deployments. It’s unlikely such things will ever be put in writing, because they aren’t.

NATO does not want a conflict, because its military hollowness and political weakness will be immediately revealed. A military alliance with no weapons except economic sanctions is not a military alliance. There is no master plan by the way: nobody who has seen NATO at work could possibly imagine such a thing. It’s the usual mix of bureaucratic inflexibility, striking of postures, lack of any real forward planning, political divisions and short-term panic. For thirty years NATO has been a car with no reverse gear, and now people are panicking because they can’t find it when they need it. The trouble is that nobody knows how to de-escalate, so the nearest thing to a strategy seems to be to keep making blood-curdling noises to appear strong, whilst allowing the crisis itself to be de-escalated by those concerned, after which NATO can find some way of taking credit. It’s not much of a strategy, and I doubt if it’s articulated anywhere, but it’s about all there is. 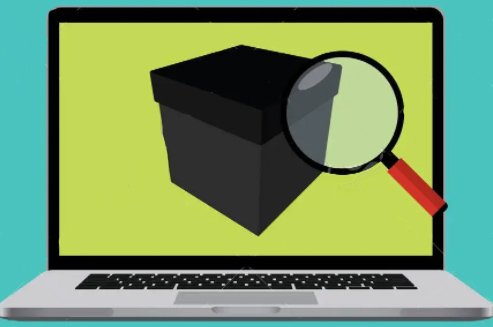 In the Foreign Ministry’s new paper for the State Department, delivered on Thursday afternoon and then published on the Ministry website,   there is a restatement of the Russian proposals for security in Europe which the US refuses to address. There is also nothing new in the threat: “In the absence of the readiness of the American side to agree on firm, legally binding guarantees to ensure our security from the United States and its allies, Russia will be forced to respond, including through the implementation of military-technical measures.”

President Vladimir Putin said the same thing to the assembly of the Russian officer corps on December 21. “Is anyone unable to grasp this? This should be clear…I would like to emphasise again: we are not demanding any special exclusive terms for ourselves. Russia stands for equal and indivisible security in the whole of Eurasia. Naturally, as I have already noted, if our Western colleagues continue their obviously aggressive line, we will take appropriate military-technical reciprocal measures and will have a tough response to their unfriendly steps.”

Putin’s point was repeated by Deputy Foreign Minister Sergei Ryabkov in Geneva on January 10, following his talks with his State Department counterpart, Wendy Sherman.  For more detail on those talks, read this.

What is meant by “military-technical measures” is Russia’s black box defence. This is not the place – it will not be the place – to read what this will be. Anglo-American think-tankers are paid by their governments to guess what is inside the box, as is the new source for analysis of Russia in the Anglo-American media, the Estonian Foreign Intelligence Service.

Three things are certain about what is inside the black box. The first is spelled out emphatically in yesterday’s Foreign Ministry paper: “There is no ‘Russian invasion’ of Ukraine, as the United States and its allies have been officially declaring since last autumn, and there are no plans for it.”  This rules out a land force invasion of Ukraine, as well as aerial bombing, missile and drone strikes launched from Russian territory.

The second sure thing about the black box defence is that it is black: it will be a surprise.

The third thing is, as Putin said last December, it will be “reciprocal”. This  means the Americans and their European allies are already using comparable measures in their attacks on Russia directly and in the Donbass. Reciprocal in this Russian vocabulary may mean comparable; it does not mean symmetrical along the Russian land border with the Ukraine; offshore, in the Black and Azov Seas; in the airspace above the Donbass or in the cyberspace .

The Russian paper was handed to US Ambassador John Sullivan at the Foreign Ministry and then posted publicly. The ministry website, mid.ru, was then incapacitated for more than an hour. The official English translation will follow during Friday.

“The package nature of Russian proposals has been ignored, from which ‘convenient’ topics have been deliberately chosen. They, in turn, have been ‘twisted’ in the direction of creating advantages for the United States and its allies. This approach, as well as the accompanying rhetoric of American officials, reinforces reason for doubt that Washington is really committed to correcting the situation in the field of Euro-security.”

The paper then itemizes the specific security measures and treaty articles which have been tabled by the Russian side since December, and which the US and NATO replies have so far ignored. For analysis of each of the booby traps contained in the US paper released in Spain a fortnight ago, read this.

Twice the new Foreign Ministry paper uses the term “concrete”. The first is to signal that this remains to be provided in the papers sent to Moscow by the US and NATO so far. “We expect concrete proposals from the members of the alliance on the content and forms of legal consolidation of the rejection of further expansion of NATO to the east.”

In the second application of the term “concrete”, the paper says: “the United States and its allies should abandon the policy of ‘containing’ Russia and take concrete practical measures to de-escalate the military-political situation, including in line with paragraph 2 of Article 4 of our draft treaty.”

Article 4 says, not only that NATO will not include Ukraine and Georgia as members, but that even if formal membership is ruled out, there will be no US military bases in non-member states, no military infrastructure (arms stockpiles, for example), and no “bilateral military cooperation” targeted at Russia.

Among other concrete issues required for negotiation, the Russian paper identifies “heavy” (nuclear) bomber flights close to Russian airspace, combat vessels in the Black and Baltic Seas, the Aegis Ashore missiles batteries in Romania and Poland, and intermediate and short-range nuclear missiles.

For a Russian analysis of Russia’s black box options, published at the end of January in Vzglyad, read this.