Yves here. For those of you with strong constitutions, the State of the Union is at 9:00 PM EST. Lambert will be opening up a live blog (more of an open thread) at 8:30 PM. Hope to see you there!

Tyrannosaurus rex may have been three species, scientists say Guardian

The mutations in question are also the ones found in mink. And they made it less fit in humans

So not much to worry about here for the near-term future.

Effectiveness of the BNT162b2 vaccine among children 5-11 and 12-17 years in New York after the Emergence of the Omicron Variant MedRxIv. Reuters version: Pfizer/BioNTech COVID vaccine less effective in ages 5-11 -New York study

And variants are emerging within 90 day periods

This means waves of infection would be hidden https://t.co/OpAUcCXhZ9

China reports 249 new Covid cases, including dozens from Hong Kong RTE (guurst). By contrast, 7 day average for Alabama, with fewer than 5 million people, is 869. And with more home testing, that’s sure to be an undercount.

The student, the Penguin and the king: elite Thai university roiled by dissent Guardian (furzy)

How I’d fight back if the Russians invaded Nantwich, by a man from Nantwich Daily Mash

Russian Rocket Barrage Kills Civilians as First Talks Show No Progress New York Times. All we have are narratives around data points…

As Lambert warned, who knows what the situation on the ground is. But one take:

Greater Russia is now a full-spectrum commodity superpower, less vulnerable to sanctions than Europe itself Ambrose Evans-Pritchard, Telegraph. Important. Not paywalled. Very good detail. Note our post yesterday on the partial cutoff from SWIFT. The TL;DR version is they were so leaky that they weren’t even remotely the hammer blow that Western analysts thought they were (although in typical Keynesian beauty contest manner, the belief they’d be crippling did a number on the rouble and the Russian stock market). This piece gives a more fundamental take on why Russia is in a very defensible position:

So while there is brave and condign talk of crippling sanctions against Russia, it is the West’s pain threshold that is about to be tested. My presumption is that Fortress Russia will endure this contest of self-reliance more stoically than Europe’s skittish elites….

So one watches the western pantomime over sanctions with a jaundiced eye, knowing that almost everything being discussed is largely beside the point, and that only military strength matters when push comes to a 200,000-man military shove.

Having said that, AEP is a hard core Tory and believes that Putin wants to hold Ukraine, as opposed to get a set of arrangements that will make it a buffer zone.

Putin Faces Existential Crisis As Ruble, Economy Collapse Overnight Heisenberg Report (resilc). Did someone not get the memo that Russians have no problem buying and selling to each other in roubles (oh, save maybe having to no longer use ApplePay to do that)? That Russia’s trade sector is only about 5% of GDP? That Russia has enough food and fuel? That where it will have trouble is autos and airplanes but with Russian commercial flights now largely domestic, it can get by just fine with its current fleet? Oh, and with designated commodities trades being outside the freeze, along with some banks, this blockage is looking sieve-like?

How the Crisis in Ukraine May End Atlantic (David L). FWIW, I find these scenarios to be weird. Most fail the McKinsey MECE standard, “Mutually exclusive, collectively exhaustive.” But this sort of prognostication, particularly in an overly dynamic situation, resembles making market predictions. There the cardinal rule is, “If you must forecast, forecast often.”

Putin the Apostate Matt Taibbi. A very detailed history but then not well supported speculation re now, such as the claim that Putin would pulverize Ukraine.

What should you do in case of a nuclear explosion? U.S. government updates guidance Fox5DC (Kevin W)

Putin has Gambled Everything on His Snap-Invasion of Ukraine, Now His Political Survival in Russia is in Doubt CounterPunch

What Russia Wants From Its Invasion of Ukraine—and Why Zelensky Is Evil Gonzalo Lira, YouTube (bwilli123). Similar to Gilbert Doctorow except for the “Zelensky is evil” bit.

Russian invasion could change the world order Responsible Statecraft (resilc). Um, our David pointed that out the morning of the invasion. Key sentence: “Indeed, Russiagate’s central storyline was about Ukraine.”

Pelosi says Congress will provide any economic help Ukraine needs The Hill. Resilc: “But not here in USA USA.”

‘Yes, He Would’: Fiona Hill on Putin and Nukes Politico v. US sees Putin nuke threat as posturing The Hill

Satellite outage knocks out thousands of Enercon’s wind turbines MarketsScreener. Kevin W: “IOT ouroboros. ‘There was no risk to the turbines as they continued to operate on “auto mode,” the company said.'”

Everything old is new again: When accountants bail out loudly Francine McKenna

Biden’s State of the Union speech needs to show the US a clear map out of economic trouble even as he deals with Ukraine, Democratic strategists say Business Insider. Good luck with that. You heard it here first: if the West keeps trying to hurt Russia with sanctions and Russia is successful in diverting key commodities to Asia, it’s entirely possible we’ll see the YoY inflation rate 3% higher by fall. And what will that do to Dem fortunes? 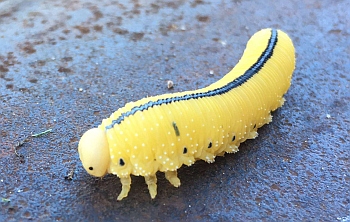