A Connecticut Mechanic Found Artwork Worth Millions in a Dumpster Smithsonian

Stinky feet or something sweet? Cultures around the world respond to smells in the same way Science

Experienced wildland firefighter explains why he resigned Wildfire Today. “Watching the mass exodus of our operational knowledge is one of the saddest evolutions I have witnessed.”

Up the line to death: covid-19 has revealed a mortal betrayal of the world’s healthcare workers British Medical Journal. And no political consquences at all. It’s extraordinary.

You Are Witness to a Crime The Baffler. ACT-UP’s legacy; from 2021, still germane.

Laughing Ourselves to Death at the Gridiron Dinner Gregg Gonsalves, The Nation. I’m not the only one who’s ripsh*t about this.

The Failure of Covid.gov Is Worse Than Inexcusable Bloomberg. Just like when healthcare.gov was launched. We learn nothing:

The instructions for finding and getting free masks, for example, are labyrinthine: Clicking on “Learn more about masks and where to get them” just takes you to the standard Centers for Disease Control explainer on masks. That page is out of date — as of this writing, it was last updated in August 2021 and still prominently features an illustration of cloth masks rather than the more heavily protective N95 and KN95 models. 1 And it’s very difficult to navigate. Among the many different links, one does indeed promise to help you locate free masks. But once you get to that locator, you learn that: “This tool shows a list of pharmacies that provide free masks (N95 respirators). It does not show their current inventory.” (Emphasis in the original.) I initially tried to use the link on mobile, and found only one distribution location listed in my ZIP Code. I later tried to search again on my computer, and discovered that more locations were listed, but an invisible (and thus unnoticeable) scrolling interface was required to see the others. In any event, trying to contact one of the listed pharmacies led me to a long phone tree, at the end of which there was no information about current availability.

An experimental COVID drug was so successful that they’re shutting down trials early Fortune. n = 210. Sabizabulin.

Shanghai authorities *explicitly stated* they were *not* going to follow these same Zero-COVID protocols, not going to lockdown early at under 100 cases. They were going to put "the economy first". https://t.co/rRsTNEqr79 pic.twitter.com/33Ui1Upu4z

Dry streets as Myanmar boycotts water festival to protest junta France24. But the junta is doing its best:

The problem with postcards from Myanmar The Lowy Interpreter

This now continuous protest is obviously not organized by anyone, but is also organized by everyone. This is a movement with real staying power. Sri Lankan people are literally staying there, in front of power, and only getting stronger.

#BREAKING The flavour-starved archipelago, a global hub for money laundering and tax evasion, in 2019 spent KSh495B on dental services and has no national strategy to prevent tooth decay despite widespread dental suffering linked to traditional bland boiled teeth-rotting diet.

The Ukrainian conflict is a U.S./NATO Proxy War, but one which Russia is poised to win decisively – Scott Ritter MR Online

Russia accuses Ukraine of helicopter strike in cross-border attack Global News. The final paragraph: “‘If such incidents continue, then consequence from the armed forces of the Russian Federation will be attacks on decision making centres, including in Kyiv, which the Russian army has refrained from to date,’ the defence ministry said.”

EXCLUSIVE: ‘What have the Russians done to him?’ Family’s fury after ‘beaten’ British fighter is paraded on Moscow state TV in handcuffs with a cut to the head and swollen eye after being captured with Ukrainians during battle for Mariupol Daiy Mail. “Captured earlier this week after his team ran out of food and ammo.”

Day 49 of the Russian SMO – a few notes on the propaganda war (UPDATED!) The Saker. More on the Moska.

Exclusive: Russian geoeconomics Tzar Sergei Glazyev introduces the new global financial system The Cradle. Big if true. (Not sure about this venue; there’s no About page or working Contact page.)

"I am not playing the back-and-forth game. I have moved straight to the end. It's a high price and your shareholders will love it." pic.twitter.com/4hJjHm4EdU

Elon Musk and Selling Tickets to the End of the World Matt Stoller, BIG

Nursing Homes Are in Crisis. We Can’t Look Away Any Longer. NYT. Oh, I think we can. 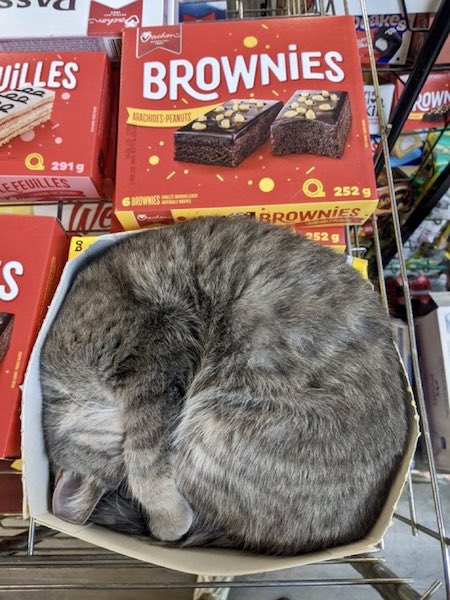