Climate change increases cross-species viral transmission risk (accepted manuscript) Nature. From the Abstract: “We predict that species will aggregate in new combinations at high elevations, in biodiversity hotspots, and in areas of high human population density in Asia and Africa, driving the novel cross-species transmission of their viruses an estimated 4,000 times. Because of their unique dispersal capacity, bats account for the majority of novel viral sharing, and are likely to share viruses along evolutionary pathways that will facilitate future emergence in humans. Surprisingly, we find that this ecological transition may already be underway, and holding warming under 2 °C within the century will not reduce future viral sharing. Our findings highlight an urgent need to pair viral surveillance and discovery efforts with biodiversity surveys tracking species’ range shifts, especially in tropical regions that harbor the most zoonoses and are experiencing rapid warming.”

How Okra Could Clean Up Our Drinking Water Texas Monthly

South Africa is being hit hard by COVID again. What that means for the U.S., if anything, remains unclear USA Today. At a minimum, it means this:

(I’m sure this map is not complete, but it makes the point well enough. Here’s another with more East Coast.) Thread on new South African BA.4 and BA.5 lineages:

Pre-print Out – Continued Emergence and Evolution of Omicron in South Africa: New BA.4 & BA.5 lineages – https://t.co/llcagIwEtI – In this thread, we explain the origin, evolution, and epidemiology of the new Omicron lineages causing the increase of infections in SA. pic.twitter.com/fbMxH61OpB

Why Nasal Sprays Are Poised to Be the Next Weapon for Fighting Covid Bloomberg. “[Marty Moore of Meissa Vaccines Inc.] remains convinced there’s ample reason to build immunity against Covid in the nose and throat. ‘You’re going to need this, you’re going to want this, because it’s the endgame,’ Moore says. Sure, boosters of the current vaccines can reduce infections, but only temporarily, like tapping snooze on an alarm clock. ‘Then it just repeats,’ he says. ‘If you want to stop hitting the snooze button, we need to actually block transmission.'” Serious coverage and well worth a read, and good to see this topic make it into the business press at last.

Moderna files for U.S. authorization of COVID shot for kids under 6 Reuters

Why does the Omicron Variant Largely Spare Olfactory Function? Implications for the Pathogenesis of Anosmia in COVID-19 (accepted manuscript) Journal of Infectious Diseases. From the Abstract: “The omicron variant causes much less olfactory dysfunction than the previous variants. Here we discuss potential mechanisms how omicron may change tissue tropism and spare olfactory function. The new mutations make omicron more hydrophobic and alkaline compared with previous variants which may reduce penetration of the mucus layer.”

The Impact of Evolving SARS-CoV-2 Mutations and Variants on COVID-19 Vaccines American Society for Microbiology. From the Abstract: “[V]arious mitigation strategies are under investigation to address the potential for reduced efficacy or effectiveness against current and future SARS-CoV-2 variants, including modification of vaccines for certain variants (including omicron), multivalent vaccine formulations, and different delivery mechanisms.”

Life expectancy in Chicago declined during 1st year of COVID pandemic, especially for people of color ABC. Live your life!

Do we have a China hand who can bring home the Ukraine v. “The Romance of Three Kingdoms” comparison?

Wow. The depth of analysis – through the prism of Chinese classic "Romance of the Three Kingdoms" – of this young girl is infinitely more profound and subtle than most grownups in the West.

What answer would you get from a kid in the West, besides "it's good v bad"? 🤔 https://t.co/Y4r4fkNOzB

NUG settling in for long fight against junta Frontier Myanmar. The Tatmadaw had to destroy NUG and the PDFs before the rainy season. They failed.

Tell us who you really are, Keir Starmer The New Statesman

A mysterious one-day directorship, a £491k loan, a Cayman Island firm specifically designed to keep banking bonuses offshore and a flat refusal to answer the Eye’s question about any of it: the new Eye attempts to untangle the issues around Sajid Javid’s dubious non-dom status. pic.twitter.com/NWqjXzyVhN

As the Tories saw across the NHS’s windpipe with a rusty knife:

So a *mean* pushing past an hour is … terrifying.

The French Left Is Uniting Around Jean-Luc Mélenchon’s Radical Agenda Jacobin. Too bad they couldn’t do this in the Presidential election;

Americans under age 35 are the age-group that is least supportive of US taking action in Ukraine that could increase the risk of war with Russia.https://t.co/L9wBJsFoou pic.twitter.com/FHNXo90ONY

Despite a pervasive propaganda campaign of unprecedented proportions, worse even than Iraq WMDs.

Julian Röpcke reports for Bild, so he’s not some sorta peacenik:

Today is another grim day for Ukraine.
And as much as I understand your anger, dear Ukrainians, I'm gonna report what's happening, not what you would like to happen.
Better times will come, hopefully. But right now, Russia is crushing the Ukrainian defense in many areas.

While fueling Ukraine proxy war, NATO and EU are militarizing the Balkans Multipolarista

Towards The Abyss (interview) Volodymyr Ishchenko, New Left Review. A very detailed review of the bidding. As usual witih NLR, fire up the espresso machine, but well worth a read.

How Russia Beat America to the Hypersonic Missile Popular Mechanics

Is Everything Falling Apart? Nonzero Newsletter

Why Aren’t Rich People Happier? A Wealth of Commonsense. “Well, money is money. I mean you can’t buy happiness, sir, but it sure takes the sting out of being unhappy.” –John D. MacDonald, Darker than Amber.

Bonds of Inequality w/ Destin Jenkins (podcast) The Dig. “Destin Jenkins on his book The Bonds of Inequality: Debt and the Making of the American City, which makes a powerful argument about how the ubiquitous and in many ways invisible dependence of American cities on municipal debt to fund basic infrastructure has devastating consequences for democracy and entrenches spatial, racial, and wealth disparities.”

Is it possible to describe the complexity and absurdity of motherhood? The Conversation 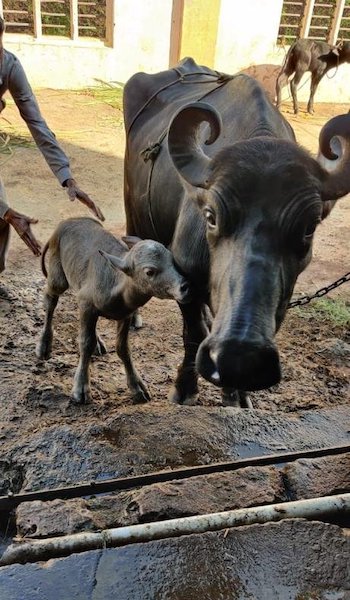