A Fool and His Money… Joe Costello, Life in the 21st Century

Alibaba Group president J. Michael Evans boasts at the World Economic Forum about the development of an "individual carbon footprint tracker" to monitor what you buy, what you eat, and where/how you travel. pic.twitter.com/sisSrUngDI

People who rebound with COVID-19 after Paxlovid may be highly contagious, new studies suggest MSN. Good round-up, including links to studies.

COVID-19 Rebound After Paxlovid Treatment (PDF) CDC. “COVID-19 rebound has been reported to occur between 2 and 8 days after initial recovery and is characterized by a recurrence of COVID-19 symptoms or a new positive viral test after having tested negative. A brief return of symptoms may be part of the natural history of SARS-CoV-2 (the virus that causes COVID-19) infection in some persons, independent of treatment with Paxlovid and regardless of vaccination status.” Nothing on contagiousness.

Long COVID after breakthrough SARS-CoV-2 infection Nature. The Abstract: “Vaccination before infection confers only partial protection in the post-acute phase of the disease; hence, reliance on it as a sole mitigation strategy may not optimally reduce long-term health consequences of SARS-CoV-2 infection. The findings emphasize the need for continued optimization of strategies for primary prevention of [breakthrough SARS-CoV-2 infection (BTI)] and will guide development of post-acute care pathways for people with BTI.” Sadly, the Biden Administration and the public health establishment have systematically worked to destroy non-pharmaceutical interventions, so many “optimizations” are no longer available.

The other neat thing is that the testing site used the same eligibility criteria throughout and the same rapid test the entire time. 2/n pic.twitter.com/ZiKR6rwC07

How the FDA (among others) failed us Niskanen Center

Sex, rashes and outbreaks: A rational guide to the monkeypox risk in California LA Times. “Spread of monkeypox through the air is not thought to be a major source of transmission. But oopsie–

Clinical features and management of human monkeypox: a retrospective observational study in the UK The Lancet. From the Interpretation: “Prolonged upper respiratory tract viral DNA shedding after skin lesion resolution challenged current infection prevention and control guidance.” So it looks like aerosol transmission is a possibility. Who knew?

3/7
And it's not just policymakers who are worried. Conversations in the past year with former students in business and finance suggest that many are also deeply worried about the outlook, not just for now, during the COVID lockdown, but, more importantly, over what happens next.

What signal did the National Economic Stabilization Conference release, and why was it held at this time? What China Reads

For Israelis, the future is impossible to see Middle East Eye

Partygate: Drunken fights and vomiting – but the Sue Gray report was a relief for Boris Johnson Sky News. “You might do a double-take at that given the brazen rule-breaking Sue Gray uncovered and documented, but crucially for Boris Johnson there was no smoking gun in this report that incriminated him further when it came to events he attended or the planning of them.” “Further.” Commentary:

Readers, we could use some help on this one, especially since the primary sources aren’t in English:

What rights Polish citizens could get in Ukraine remains unclear at first. However, in “informed circles” he speculates that Poland could in future take on posts in the Ukrainian administration, companies in the defense industry and security bodies. Patrols by Polish police in Ukraine are also possible, some Telegram channels write.

The Ukrainian president’s press office itself provides fertile ground for such assumptions, when Zelensky’s press secretary, Sergei Nikiforov, emphasized that in Poland, Ukrainians are practically on an equal footing with Polish citizens.

The RT-DE article seems to be the index case for other non-value add posts (here, here, here, here). However, this seems to be a human-written and parallel version of the story quoting Telegram channels, though again the About page is as dubious as it can be. Help!

Russia ready to set up corridor for ships leaving Ukraine with food, with conditions Hellenic Shipping News. As Yves pointed out three days ago, the corridors have already been set up, according to the International Maritime Organization.

Will the Fed Be Able to Rein In Inflation without a Recession? National Review. No. Here it comes:

Inbox: Federal deficit is *plunging* to ~$1T this year and next per CBO. Roaring revenue + end of pandemic relief.

Salvador Ramos started shooting ‘whoever’s in his way’ at Texas school: police NY Post. Key quote from Department of Public Safety Lt. Christopher Olivarez]: “‘There was some police officers, families trying to get their children out of the school because it was an active shooter situation right now, it’s a terrible situation right now,’ Olivarez said. Caveat: The timeline on this event is all messed up. But then there’s this:

This video make so much more sense now. The cops literally stopped parents from helping their kids. pic.twitter.com/zhQfUjlpjd https://t.co/DqgZUH3uCC

Apparently, it took an hour to get a key to the room where the shooter was killing the children. It certainly doesn’t take an hour to bust down some granny’s door in a pre-dawn, no-knock raid. What could have been the difference?

‘It’s time to die’ | Fourth-grader who survived Uvalde school shooting gives heartbreaking account of what gunman told students KENS5 (dk). “‘When the cops came, the cop said: ‘Yell if you need help!’ And one of the persons in my class said ‘help.’ The guy overheard and he came in and shot her,’ the boy said.” I don’t know if “heart-breaking” is the word I’d choose.

On the waterfront: the political fight over organised crime at the Port of New York FT

DuckDuckGo browser allows Microsoft trackers due to search agreement BleepingComputer. In the browser, not in the search engine, says DDG.

Proton Is Trying to Become Google—Without Your Data Wired

Escape from Dimes Square The Baffler

‘The haves and have-yachts’: on the trail of London’s super-rich Guardian

The Global Fight Against the Gig Economy Tribune

Sick With Covid, Americans Feel the Pressure to Power Through at Work WSJ (RS). 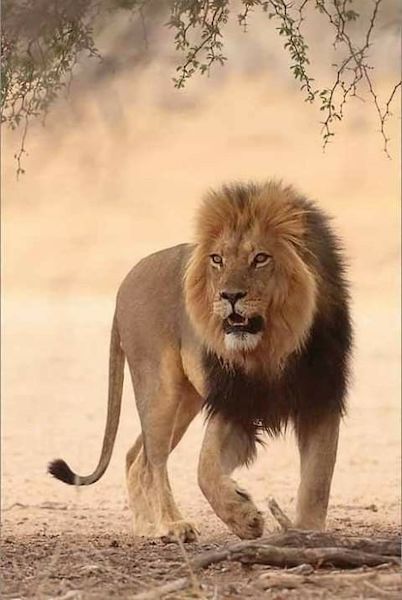 Besides being the ne plus ultra of cat videos, mugumogu’s documentation of Maru (and Hana (and Kitten Miri (and the material culture of Japan))) is an amazing multidecade project, an artistic endeavor of limited scope but great depth. Happy birthday, Maru. What good kitties!