Wall Street’s Biggest Secret Could Be Exposed The Lever

Fraud is down, but more expensive American Banker

High Concentrations of floating life in the North Pacific Garbage Patch bioRxiv. “[D]ensities of floating life were significantly higher inside the central part of [North Pacific ‘garbage patch’ (NPGP)] than on its periphery, and there was a significant positive relationship between neuston abundance and plastic abundance. This work has important implications for the ecology and human impact of subtropical oceanic gyre ecosystems.” Give life time….

Just 2% of SARS-CoV-2−positive individuals carry 90% of the virus circulating in communities PNAS. “Our dataset is unique in that all SARS-CoV-2−positive individuals reported no symptoms at the time of saliva collection, and therefore were infected but asymptomatic or presymptomatic…. just 2% of infected individuals carry 90% of the virions circulating within communities, serving as viral “supercarriers” and likely also superspreaders.” Hence, NPIs, which the Biden Administration is doing its best to discredit and abolish. (Makes you wonder who the supercarriers were at the WHCA and the Gridiron Club.

Global Prevalence of Post COVID-19 Condition or Long COVID: A Meta-Analysis and Systematic Review The Journal of Infectious Diseases. From the Abstract: “50 studies were included, and 41 were meta-analyzed. Global estimated pooled prevalence of post COVID-19 condition was 0.43 (95% CI: 0.39,0.46)…. This study finds post COVID-19 condition prevalence is substantial; the health effects of COVID-19 appear to be prolonged and can exert stress on the healthcare system.”

Diabetes risk rises after COVID, massive study finds Nature. The deck: “Even mild SARS-CoV-2 infections can amplify a person’s chance of developing diabetes, especially for those already susceptible to the disease.”

Biden Is Rightsizing the COVID Crisis Juliette Kayyem, The Atlantic. The deck: “The president continues to push for accommodating individual preferences rather than promoting collective solutions to the coronavirus.” Let ‘er rip! Kayyem is a former assistant secretary for homeland security under President Barack Obama, and faculty chair of the homeland-security program at Harvard’s Kennedy School of Government. ” Editor David Frum selects a spook to push this line why?

Three early promising Covid-19 innovations that didn’t work. Inside Medicine. An art, not a science.

Fauci: China’s COVID-19 Situation a ‘Disaster’ Foreign Policy. Fauci: “We are still in the middle of a pandemic, to be sure—there’s no confusion about that. But when I say we’re out of the acute fulminant stage right now, what I mean is that cases have gone down dramatically.” Am I right in thinking that Fauci has simply hijacked the authoritative-sounding word “fulminant”? Which is twice-repeated, to make sure it sticks? And cases have not gone down dramatically if they are undercounted by a factor of six; they are, in fact, higher than any crisis point except for the Omicron peak achieved under Biden.

The company that made millions from COVID contracts ABC Australia

Explainer: A guide to the Philippines election Reuters

AU Will Find It Tough To Have A Common Position On Russia-Ukraine War – Frank Isoh (video) Channels Television (RK). Nigeria and the African Union.

Maybe we need to put it in terms Washington understands: If there’s a nuclear war, next years White House correspondents dinner is canceled. And the year after that too. And the next one.

Moment Russia uses ‘thermobaric warheads’ to devastate Azovstal plant: Communications are lost with heroic last defenders of Mariupol a day after Russian troops began storming the steel works Daily Mail. Many photos. Of course, Nazis can be heroic, no question. So by all means let’s normalize them:

Not shy about the Nazi logo, are they? It’s right there in the middle.

Why sanctions against Russia may not work The Hill

Reckless and ruthless? Yes. But is Putin insane? No. Responsible Statecraft

Brazil’s ex-president Lula claims Zelenskiy equally to blame for war Guardian (ChiGal) and US Coup Specialist Victoria Nuland Visits Brazil BrasilWire. Lula is not only Brazil’s “ex” President — made so by Operation Carwash, which we masterminded — he is the frontrunner in the current election. So the Guardian’s headline is a little deceptive.

In 1973, a Leak at the Supreme Court Broke News of an Imminent Ruling on Roe v. Wade Smithsonian. So the current leak (granted, a draft) is unique and unprecedented only to those with toddler-level memories. Like most of our press.

Homeland Security’s “Disinformation Board” is Even More Pernicious Than it Seems Glenn Greenwald. “There is no conceivable circumstance in which a domestic law enforcement agency like DHS should be claiming the power to decree truth and falsity.”

The Data Broker Tracking Abortion Clinic Visits Is Also Selling to the CDC Vice. Commentary on SafeGraph, the broker:

So in addition to the Pod Boys propagandizing against any redistribution, Jay Carney running anti-union campaigns for Amazon, and Neal Kaytal helping Nestlé keep its child slaves, here's another Obama alumni living their best life with the big data Abortion watch company. pic.twitter.com/RV2rU0CQN4

PayPal Backs Down After Outpouring of Support for CN Consortium News. But not entirely. The deck: “PayPal has retreated after a deluge of support for Consortium News by unfreezing its funds and now saying unspecified steps must be taken to restore the ‘permanently’ shut down account, Joe Lauria reports.” Probably simplest just to give some DHS goon a desk in their office, no?

How the Kent State massacre raised your tuition Will Bunch, The Inquirer. And that was just the start. Well worth a read.

NFT Market Collapses Just As Square Enix Sells Tomb Raider To Bet Big On Blockchain Kotaku. That’s a damn shame. I only hope the insiders got out in time!

No one has ever tried to implement import-substitution policies with the objective of going backwards in the development chain…. The industrial areas that are normally the backbone of traditional (predigital) development were well developed in the Soviet Union, but have been abandoned, left to deteriorate and, even if existing, are today technologically obsolete. Almost all of what is technologically advanced was produced, or was dependent in part, on Western-made technologies. In the next decade Russia will try to revive these “old” domestic industries (e.g. machine building for petroleum and gas exploitation, avionics, car production) on the basis of technologies that have been left rusting for thirty years.

Surely this applies to the US as well? And:

Russia has a labor force that is highly educated and tends to move towards post-industrial areas, like in other advanced economies. But here it would have to go down in its skills levels to be adequate for the operation or (re)creation of the technologically regressive import substitution. To put it in graphical terms: while the original import substitution required that semi-literate peasants learn a bit of arithmetic in order to “service” the machines, here we would expect software engineers to become metal-bashing workers or foremen in large factories.

I think “metal bashing” is a bit dismissive. For example:

First, in the United States, much software engineering is devoted to froth, fraud, and surveillance. Who needs any of that? Second, manufacturing systems are quite complex, at every level from design to production to distribution, as the history of technology shows. Were Watt and Brunel dummies? The human mind can be fully engaged by material processes; indeed one might argue that’s a higher calling than symbol manipulation. 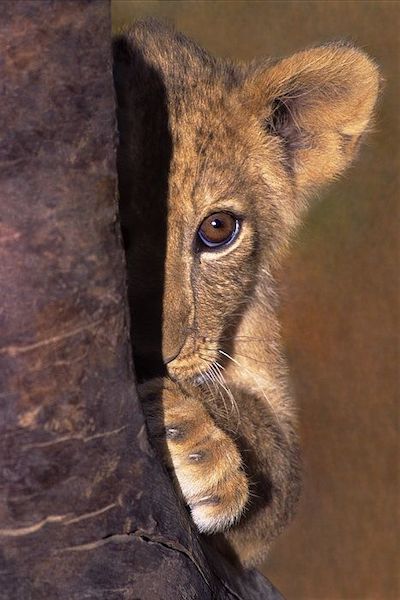