Lambert here: My impression is that mobile technology, penetration, and services are far better in the so-called “Third World” than they are in the United States.

Joop Adema, PhD candidate, IFO Insitute and University of Munich, Cevat Giray Aksoy, Associate Director at European Bank for Reconstruction and Development and Assistant Professor of Economics at King’s College, London, and Panu Poutvaara,Professor of Economics at the University of Munich and Director of the ifo Center for International Institutional Comparisons and Migration Research, IFO Institute. Originally published at VoxEU.

The mobile internet has changed how people live, work, and exchange information. Fast broadband can boost household income and affect political awareness. This column examines how 3G mobile internet rollout affects people’s desire and plans to emigrate. Increases in 3G coverage raise individuals’ desire and plans to emigrate, especially for those who do not have networks abroad, while it negatively affects perceptions of relative financial wellbeing and trust in the government. Internet access may be boosting the desire to emigrate while reducing the costs of finding information on opportunities abroad.

The internet and mobile phones have changed how people live, work, connect, and exchange information. The number of internet users increased globally from 410 million in 2000 to nearly 4.9 billion in 2021 and is expected to continue double-digit growth (International Telecommunications Union 2021). A vast majority of internet users have access through a mobile phone – there were more than 3.5 billion mobile internet subscribers in 2019 (GSMA 2019).

In recent years, research has established that the internet has major economic and political impact. Hjort and Poulsen (2019) show that the arrival of fast broadband internet positively affected employment in Africa. Zuo (2021) shows that employment probabilities of poor households in the US and their earnings increased after obtaining internet access. Guriev et al. (2019) establish that the rollout of 3G mobile internet increases awareness of government corruption and reduces trust in political institutions when the internet is not censored.

Desire and plans to emigrate are associated with migration flows

We first check to what extent our outcome variables (i.e. desire and plans to emigrate) are significantly associated with actual migration flows. We make use of the fact that we observe individuals’ most desired destination as well as the destination country they are planning to move to. We use these data to construct the number of people desiring and planning to migrate between any origin and destination country. We then match our desired and planned migration-flow matrix with data on actual migration flows to OECD countries between 2008 and 2018. 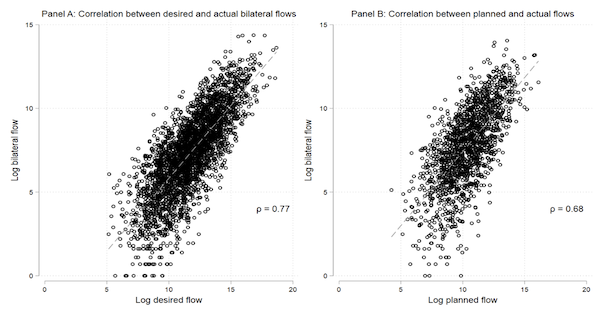 Increases in 3G coverage impact desire and plans to emigrate

When moving from no to full 3G coverage, the implied aggregate effect is about 12% of the baseline average of desire and 33% of plans to emigrate permanently. The estimates imply that in a country with 10 million adult inhabitants, a move from no 3G coverage to full coverage would increase the number of people desiring to emigrate by 56,000 to 486,000.

Using municipal level data from Spain, we also show that 3G expansion not only alters emigration desires but also increases actual emigration of home-country nationals. Our estimates suggest that switching from no 3G coverage to full 3G coverage increased the annual emigration rate by 15% from the level before 3G coverage was extended. 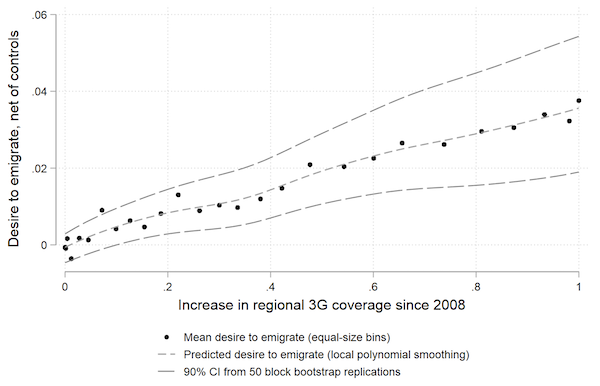 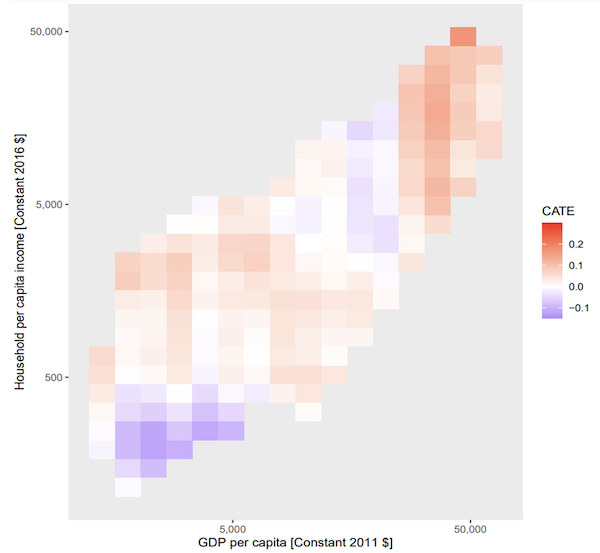 Exploring the mechanisms behind our results, we show that the effect of 3G coverage on the desire to emigrate is strong for individuals who were without any prior network abroad; we find no statistically significant effect for those who already have a network abroad. In addition, upon receiving 3G coverage, preferred destinations change towards destination countries with lower stocks of migrants from the same origin in 2005. This suggests that internet access boosts the desire to emigrate primarily by reducing the costs of finding information on opportunities abroad, substituting for personal networks.

We also show that 3G coverage does not change the financial situation of respondents (e.g. household income) or their perceptions about the level of corruption in their country. Instead, 3G coverage has a negative effect on the perception of relative financial wellbeing as well as on trust in the government, which potentially shapes emigration desires.

Our results highlight that access to mobile internet not only increases the overall desire to emigrate but also is likely to redirect migration flows towards less popular destinations. In the medium term, this can be expected to increase international trade and knowledge transfer back to origin countries (Parsons and Vezina 2018, Fackler et al. 2020) and could also stimulate innovation in destination countries as birthplace diversity has been found to be related to economic prosperity (Alesina et al. 2013).