This is Naked Capitalism fundraising week. 336 donors have already invested in our efforts to combat corruption and predatory conduct, particularly in the financial realm. Please join us and participate via our donation page, which shows how to give via check, credit card, debit card, or PayPal. Read about why we’re doing this fundraiser, what we’ve accomplished in the last year,, and our current goal, supporting the commentariat.

Yves here. Again, as in 2007 and 2008, we are seeing that market time moves faster than both real economy and political time, and that has consequences. Remember that European leaders knew in late July that a serious energy crisis was in the cards, to the degree that they deemed an immediate 15% reduction as a necessary measure. Yet all they decided to do was agree to voluntary national restrictions, starting August 1…which in relation to the July end decision date, meant there was not even a credible pretense that anything was being done.

So now that summer is over, Russia shutting off Nord Stream 1 indefinitely (while increasing the deliveries on the pipeline through Ukraine as a partial offset, and maintaining flow on TurkStream) has focused a few minds. 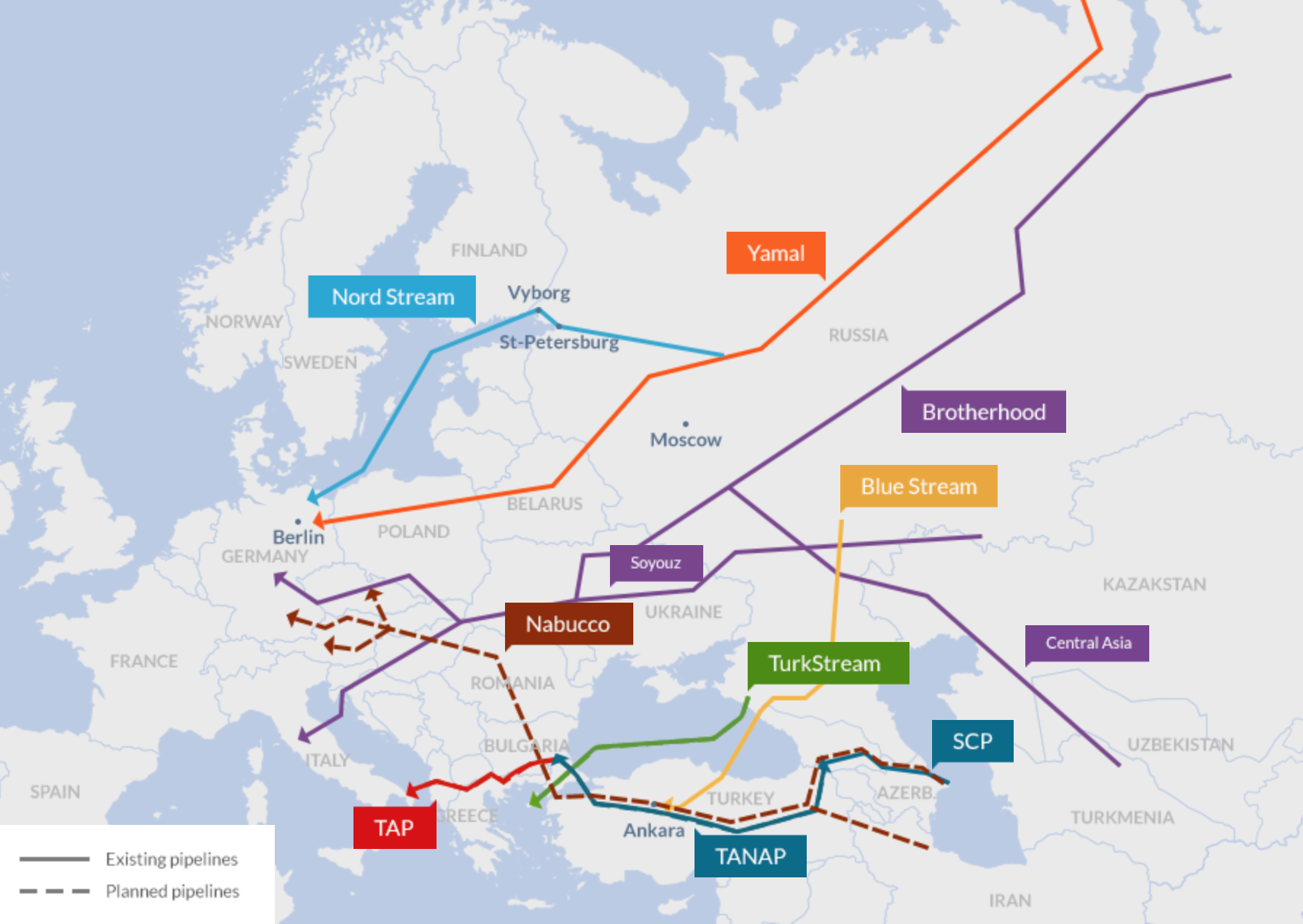 Businesses, consumers, and politicians have gotten the message, via skyrocketing energy prices, that there may not be enough energy to meet ordinary demand, which means either new sources need to be found or big cuts are in store. But Alexander Mercouris yesterday gave the history of Europe’s search for cheap energy after coal. The short version is nuclear looked like an important part of the mix until Fukushima, when public pressure rose for a phaseout. And lacking other options, Europe turned even more to Russian gas.

As an aside, the press is continuing to amplify misleading reassurances, like “gas storage is nearly 80% full”. That level bears no relationship to real world needs. Gas storage was meant as a backup to regular supply, and not a substitute for it. Total gas storage capacity is about 100 billon cubic meters. The total supply of Russian gas to the Europe was 140 to 155 billion cubic meters a year. Some commentators think the amount might even be higher, that some purportedly North Sea gas was actually Russian due to the desire not to appear too dependent on Russian gas.

Regardless, 80% of the storage is not enough to substitute for even a year of Russian gas. And the name of the game is not just to get through the winter. Europe needs gas on an ongoing basis, and has no adequate substitute for Russian gas in sight.

Even though design flaws in the electricity market pricing have arguably driven prices even higher than this bad situation warrants, it’s still clear that the energy shortage will be severe, far worse than the West suffered in the 1970s oil shock. Yet the Europe is setting out to make the shortfall worse by trying to impose a price cap on gas, which means Russia will simply stop delivering entirely. And the G7 is hell-bent to do the same for Russian oil. That means Russia will stop selling oil to the price-control-wannabes, so oil prices, at least in the EU and US, also look set to go higher.

Now to the energy company derivatives mess. As an OilPrice story below explains, European companies are facing a ton of margin calls on energy bets gone bad. It will be some time before the press can ferret out how much of this was sensible hedges gone bad, stupid hedges gone bad, and speculation gone bad. Sadly, officially sanctioned speculation, also called “Treasury as a profit center” is common in large companies.

Now that headline $1.5 trillion in margin calls is not simply attention-getting. It also will take priority. Governments will not allow energy companies to fail in the middle of energy shortages. They will also not allow large-scale defaults on derivatives contracts because, as we saw in the financial crisis, banks are often the losers. In 2007 and 2008, they were directly the losers by too often holding CDOs whose market value went to zero. With the energy company trades gone bad, the chain might be longer (the bank could have ordinary loans to the sick energy company, could have loans to a rich investor or hedge fund that has an energy company default on a trade, or the bank could have a commodities trading operation and have its books blow up because some positions it thought were hedged suddenly aren’t due to counterparty failures).

The point of this discussion is that the energy derivatives blowup has the potential to be a systemic crisis. It’s also the energy-related crisis that will hit first. Therefore it will also be first in line to get rescue money. It will compete with and take precedence over funding of real economy bailouts.

And yes, the risk of yet another financial system meltdown is real. We’ve pointed out for some time that the European banking system remains wobbly, particularly Italians banks and Deutsche Bank….and Germany and Italy are also the two economies most dependent on Russian gas. As Colonel Smithers pointed out yesterday:

You are right to wonder. I do, too, and, working in the City, wonder about the impact of defaults and contagion in the banking system.

Having worked on the post 2008 banking and related reforms, as a bankster lobbyist, I thought that the new rules were compromises and there’s not enough bank capital to absorb losses, leverage is too high and circuit breakers like bank structural reform too weak to prevent a repeat of 2008.

When the Basel Committee on Banking Supervision (part of the Basel based Bank of International Settlements) addressed these issues a dozen years ago, two camps soon emerged, the hawks (UK, USA, Netherlands and Sweden) and doves (France, Germany, Italy and Spain). The latter saw no need for reform at first and then sought to delay until 2025, knowing how true state of the Eurozone and their banks.

I often wonder when and how the missed opportunity would come to bite us.

We’ll know more about specific proposals for rationing and subsidies after an emergency EU meeting set for September 9. This chart gives an approximation of which countries are getting squeezed most now:

By Josh Owens, the Content Director at Oilprice. Originally published at OilPrice

European energy companies are facing margin calls of a total of $1.5 trillion in the derivatives market and many would need policy support to cover them amid wild swings and skyrocketing gas and power prices, an executive at Norway’s energy major Equinor told Bloomberg on Tuesday. According to Helge Haugane, Equinor’s senior vice president for gas and power, the $1.5-trillion estimate is even “conservative”.

Liquidity at energy firms is drying up as many companies have started to struggle to meet their margin calls on the energy derivatives market.

“If the companies need to put up that much money, that means liquidity in the market dries up and this is not good for this part of the gas markets,” Equinor’s Haugane told Bloomberg.

Some countries in the EU have already decided to set up funds to avoid a collapse of their energy derivatives markets. Finland and Sweden put out plans this weekend to support their energy companies trading in the electricity derivatives markets, looking to avoid a “Lehman Brothers” event in their respective energy industries and financial systems.

“This has had the ingredients for a kind of a Lehman Brothers of energy industry,” Finland’s Minister of Economic Affairs, Mika Lintila, said on Sunday, as carried by Reuters, commenting on the energy crisis in Europe.

The crisis deepened after Russia said on Friday that the Nord Stream gas pipeline to Germany would remain closed indefinitely, and blamed on Monday the Western sanctions for this situation.

Finland discussed stabilization measures required in the electricity derivatives market, and a proposed central government scheme “is a last-resort financing option for companies that would otherwise be at risk of insolvency,” the Finnish government said in a statement on Sunday.

Finland will look to set up a loan and guarantee scheme of up to $9.92 billion (10 billion euro), under which the State may grant loans or guarantees to companies engaged in electricity production in Finland.

“The purpose of the measure is to prevent that the lack of liquidity could create risks for contagion to other parts of the financial system,” Sweden’s Finance Ministry said.