The Asteroid that Killed the Dinosaurs Spawned a Monster Tsunami Gizmodo

Wall Street is Behind Jackson’s Water Crisis The Lever

What’s protected under the Clean Water Act? The Supreme Court is about to decide Grist

Liz Truss’s speech: PM to say disruption will be worth it for growth BBC (Kevin W)

Can ‘Peanuts’ Save Shanghai’s Covid-ravaged Retail Sales and Economy? SCMP

How the War in Ukraine Ends Benjamin Studebaker

Ukraine’s ambassador to Germany is not having it. pic.twitter.com/JA1Cq2nr0m

This is not a joke. American think-tankers are *seriously* claiming that Musk is Putin’s envoy.

And that Elon just delivered Putin’s peace proposal over Twitter.

We. are. not. a. serious. country. https://t.co/rFfjCgavrT

Hours after being blasted for parroting Putin’s propaganda, Elon Musk says he is ‘obviously’ pro-Ukraine and says SpaceX has spent $80 million on Starlink in the country Business Insider

Nearly Half the Country Now Has Serious Doubts about the FBI The Hill “Approval of the FBI is highest among voters with annual incomes above $200,000”

It was never a real “fear” grounded in policy critique, it was just a partisan attack on Trump. Hillary played up “TRUMP WILL START WORLD WAR III” in 2016 even as she called for a No Fly Zone in Syria. They’ve always supported pro-WWIII policy under the right political conditions https://t.co/qBV7pgQgyv

Judge Finds Sailor Not Guilty in Fire That Destroyed $1.2B Warship Defense One

The Democracy: How the Nation’s Oldest Political Party Learned to Think Small The Baffler

What the fuck are you writing a book for? You didn’t accomplish shit yet

If You Cannot Afford a Lawyer, One Will Be Appointed for You. Or Maybe Not. Medium

So @thehill’s new owners are just openly banning all content critical of Israeli government policies. And it all began with firing @kthalps.

Where are the “cancel culture” warriors? 🦗🦗🦗 pic.twitter.com/5reB2kpZzj

Why We Should All Be Worried About ‘Chokepoint Capitalism’ Time

Our Health and Safety Are Not a Priority Here: Why Refresco Workers Unionized Real News Network

A Pandemic-Era Cut With a Hidden Price Tag: Private colleges slashed retirement contributions to their employees by $729 million in 2020 Chronicle of Higher Education

In 1978, Mark Gubin painted this on his roof. His building is next to the airport in Milwaukee. It is still confusing passengers to this day. pic.twitter.com/xXiDwjclzO 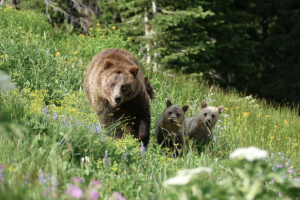