Most Americans don’t plan to get a flu shot this season — lots of them say they’ll mask to avoid germs instead CNBC (Kevin W). Given that I saw just about no one in a mask in left-leaning Maine, this seems like an excuse, not a plan. A better excuse would be that flu vaccines are hit or miss in terms of efficacy.

THREAD: Using data from ONS infection survey, you can calculate that there have been enough *new* Covid infections since Mar 2020 to infect almost everyone twice over. (in reality, some never infected, some infected 3+ times).

Bad enough, BUT HIGHEST by far in kids. Read on! 1/5 pic.twitter.com/w6bpBogwVD

The verdict is finally in:

What Does Sustainable Living Look Like? Maybe Like Uruguay New York Times (resilc). Uruguay is still high on my list of possible expat destinations, but I am concerned about not adapting well to manana, having to learn Spanish, doctors being paternalistic (as in expecting patient to accept their views w/o question), and generating income even from entirely foreign sources being in a grey area (ie a real risk of a change in attitude from current non-enforcement). Oh, and due to very high VAT on imported goods, it’s not all that cheap either. But #1 currently is Malaysia (specifically Penang) which is a medical tourism destination, has a very expat friendly visa and tax regime, big city amenities at a much lower price point (yours truly likes living in high density areas) and great food. Also in the Russian energy sphere, so something of a buffer against energy price increases, even if not as well insulated as Uruguay. Negatives are that it is stinking hot and a very long way from the US.

The Climate Economy Is About to Explode The Atlantic (David L)

Is This the End of ‘Socialism for the Rich’? Atlantic (David L)

New Not-So-Cold War. Apologies for how heavy this section is, but some important catch-up.

Ukraine city centre homes hit in missile strike BBC. MoD made a statement that dual-use buildings and infrastructure (as in civilian but employed in part or full for military purposes) were legitimate military targets.

Poland suggests hosting US nuclear weapons amid growing fears of Putin’s threats Guardian (Kevin W). These people have lost their minds. Alternatively, believing your own propaganda (as in misrepresentation of what Putin has been saying) is dangerous.

The great game in Ukraine is spinning out of control Jeffrey Sachs, Pearls and Irritations (resilc)

Putin Must Go: Now Is the Time For Regime Change in Russia John Bolton, 1945 (Kevin W). And I’d like a pony.

Putin Signs Law Admitting 4 Regions; Russia Retreats in Kherson; OPEC+ Cutting Oil Production Alexander Mercouris. Mercouris puts a different spin on pretty much the same issues that Johnson raises below. Russia has weirdly withdrawn in spots in Kherson in the face of a tank advance of only (per other commentators) 1000 men and has stopped or cut back on efforts to destroy them from the air. This is a bit bigger than a single Russian BTG. Mercouris basically argues that the Russian public will be anxious about this, particularly since, as usual, the MoD has refused to ‘splain itself. Yet he also points out that the area Ukraine has advanced into is pretty much deserted. And I don’t see any evidence of Ukraine mustering forces to take advantage of this advance. I also don’t get Mercouris riffing on Russia allowing Kherson City to be taken. Izyum was a planned retreat from a small city that was deemed to have no strategic value. It also had very few people, a pre-war population of 45,000 that was estimated to have fallen by 2/3. Still a bad look for Russia to have abandoned the Russian-sympathizers there and in Kharkiv generally. Kherson city is a Black Sea port with nearly 300,000 pre-war, and since there’s not been fighting there, I doubt it has depopulated much.

But Mercouris did give us a nice shoutout on economic commentary late in his talk, which I do appreciate. And it’s positive that YouTubers and bloggers are talking with each other across their platforms to try to get to the bottom of what is happening. We saw the same thing among financial bloggers the runup to the financial crisis, although this community is sadly much smaller.

Contrast with What Do You Make of Russia’s Strategy in Ukraine? Larry Johnson. Johnson takes the bigger picture view, that Ukraine has been unable to capitalize on past tactical gains and will be even less able to do so once Russia forces have reorganized themselves to take advantage of the partial mobilization (note potentially another as many as 75,000 volunteers added to the 300,000):

It very much reminds me of a game of chess. Russia is now sacrificing pawns in the form of strategically useless territory, while Ukraine is rushing forward to seize symbolic territory without having the necessary reserves in terms of trained soldiers and equipment to sustain the attack and defeat Russia. Russia, meanwhile, is moving its Knights, Rooks and Bishops into position for checkmate. The question remains–what is Putin’s gambit?

The Limits of Ukraine’s Offensive and the High Price to Pay When it Ends Brian Berletic, YouTube. Longer but more pointed and with more backup than Larry Johnson.

PATRICK LAWRENCE: The Strong, and the Merely Powerful Consortium News

Ukraine’s revenge on the West India Punchline (J-LS). Important. Perhaps other posts while I was on vacation addressed this, but I missed it. See the first map. Russia is laying claim to much more than the occupied territory. I knew that to be the case with Kherson and Zaporozhye, but did not realize the degree to which that was also true of Lugansk and Donetsk. My impression is, however, that not much past the boundaries of the former DPR/LPR, the territory is not heavily populated. Also says how much can be carried to Germany via the one not-punctured Nord Stream 2 pipeline: 27.5 billion cubic meters a year v. the original 55 billion cubic meters a year for either of Nord Stream 1 or Nord Stream 2.

‘We impose these things and then that’s it’: McGovern tears into US sanctions policy Responsible Statecraft (J-LS)

On US claims that Russia was behind the bombing of the Nord Stream pipelines, despite a years-long US effort to kill the pipeline and multiple US officials vowing to stop it no matter what: pic.twitter.com/YqJxPzniy4

US officials say Ukraine was behind car bomb that killed daughter of Russian nationalist: NYT The Hill. OK to admit that since Dugin has since been sanctioned.

DIAMONDS ARE FOREVER, SANCTIONS ARE SOONER — HOW ALROSA AND THE BELGIANS ARE LEARNING TO FIGHT AND TO FEINT John Helmer

Harper’s Index Harper’s Act. Li: “How are the Ukies gonna win if they’re all puffing away? Scroll down.”

Watch Stella Assange Slap The Mustache Off John Bolton’s War Criminal Face Caitlin Johnstone. My goodness, Bolton, who has been right about virtually nothing, is suddenly in circulation.

OPEC cuts oil output: "This is a hostile act by Saudi Arabia and the UAE, designed to hurt the United States and our allies and to help Russia!" https://t.co/jvRaarxmSA

Want to Hire a January 6 Rioter? Now There’s a Website for That. Vice (resilc)

You thought you bought software – all you bought was a lie The Register (Chuck L). Important in terms of overall argument. The wee problem is that software people cannot relate to the (non) skill level of mere mortals. “You will have to put some effort into switching. You need to do some relearning.” Assumes time some of us do not have, even before getting to the fact that I hate learning now software with the passion of a thousand burning suns.

My wife goes to her dentist in Chapel Hill, NC. Home of UNC dental school, which also offers degrees in dental hygienists and assistants. Dentist says “We cannot hire another hygienist, no matter what we offer in pay.” 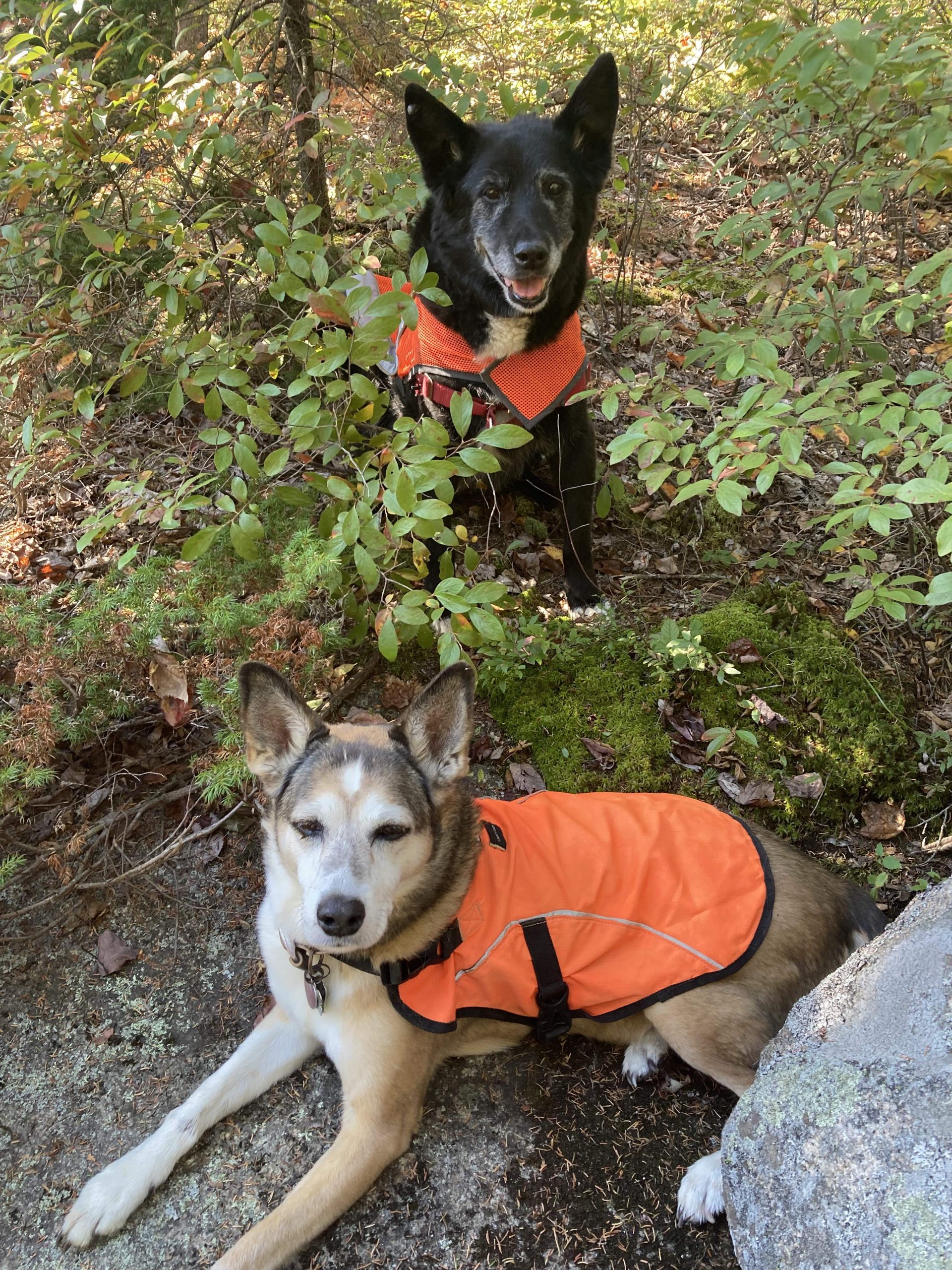 And a bonus from a reader who was on this Madagascar lemur trip: 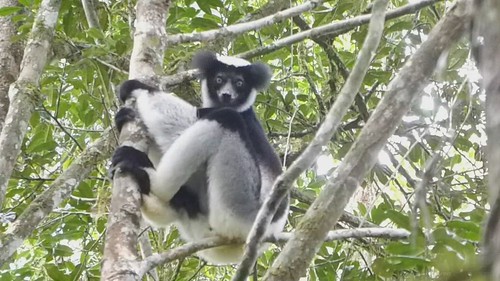