World’s heaviest flying bird may be self-medicating on plants used in traditional medicine Frontiers Science News. Humans aren’t the only species that self-medicates!

The Invasion of the Super Insects Nautilus

The possible worlds of Saul Kripke The Institute of Art and Ideas (AL).

Smoke on this! Cannabis plants could help fight climate change because they absorb carbon dioxide more than TWICE as effectively as trees Daily Mail

‘No way we can open’: China’s zero-Covid exit plans unravel FT. About those “plans”: It’s stunning that there is no national system or standard:

I am baffled over stories I keep hearing from foreigners in Shenzhen and Guangzhou.

Apparently the local QR Health Code systems require Chinese ID, effectively making it impossible for anyone with a passport to scan codes and gain entry.

Why Did the US-China Relationship Collapse, and Can It Be Repaired? The Nation

SARS-CoV-2 evolves increased infection elicited cell death and fusion in an immunosuppressed individual (manuscript) Sigallab. From the Abstract: “Evolved virus was isolated at different times during a 6-month infection in an immuno-suppressed individual with advanced HIV disease…. These results may indicate that,at least by the cellular measures used here, evolution in long-term infection does not necessarily attenuate the virus.” Oh.

Vaccines are not sterilizing and do not prevent transmission. It is bad to catch Covid even if you don’t get hospitalized (or die):

.@AshishKJha46: STOP. We KNOW the booster rates and uptake of Paxlovid in the US. YOU are in the White House and are now saying it’s Americans’ own damn fault if they get sick and die. 1/

“Noise.” Long Covid and persistent neurological and vascular damage are “noise”? More to the point, the patients are “noise”?

Omicron burst onto the scene last Thanksgiving. How the covid variant changed the pandemic, and what comes next. Grid. I don’t link to Grid much, but this summary is useful:

2022 might best be characterized as the year as many Americans decided to move on from the pandemic, despite its significant ongoing toll.

Last year, about 78 percent of Americans were at least somewhat concerned about covid, according to an Ipsos poll. That dropped to 57 percent this fall. And while only 18 percent of people said they’d returned to their pre-pandemic life a year ago, now nearly half have, the poll found.

The decline of masking is perhaps the most visible sign of this shift. Last fall, 50 to 60 percent of people reported regularly wearing masks. That’s dropped to slightly less than 30 percent, according to one survey.

“For a while, you positioned yourself with the majority; when you wore the mask, it was normal, everyone was doing it, and you looked at people without masks as renegades, as selfish people,” said Markus Kemmelmeier, a social psychologist at the University of Nevada at Reno. “But now, a sense of normalcy has flipped the situation.”

That sense has come from the top. In February, the CDC drastically relaxed its covid guidelines, raising the bar for when to advise indoor masking. Practically overnight, the CDC went from advising masking in nearly all counties to only about 30 percent of counties, signaling a shift away from a collective pandemic response toward an individualized one.

President Joe Biden underlined that shift in September, calling the pandemic “over” in an interview with “60 Minutes,” even as 400 to 500 people still died of covid each day.

“Many Americans decided” or “That sense has come from the top” (as we see from Jha above). Which is it?

Intranasal COVID-19 Vaccine Disappointing in First-in-Human Trial JAMA “The first-in-human study of intranasal COVID-19 vaccination with an adenovirus-vector vaccine did not induce a consistent mucosal antibody response or a strong systemic response…. The intranasal (IN) vaccination tested in the trial used the existing formulation of the ChAdOx1 nCoV-19 intramuscular (IM) vaccine developed by University of Oxford/AstraZeneca.” I think asking Oxford/AstraZeneca to develop a nasal vaccine is like asking Gillette to develop a self-sharpening razor.

Summary Of Product Characteristics (SMPC) (PDF) Bharat Biotech. “BBV154 nasal vaccine has been evaluated and shown satisfactory immune response against several variants of such as Delta, Beta and Omicron including the recent variant BA.5.” Phase 3 clinical trials are ongoing. Bharat includes the pack insert so presumably the release process is well along. That said, there’s no published data in any reputable journal, and the approval process seems (to a non-Indian) convoluted and prolonged.

Assessing wastewater-based epidemiology for the prediction of SARS-CoV-2 incidence in Catalonia Nature. From the Abstract: “[T]he mathematical model based on wastewater data showed a good correlation with cumulative cases and allowed us to anticipate SARS-CoV-2 incidence in one week, which is of special relevance in situations where the epidemiological monitoring system cannot be fully implemented.”

France, investigation into illicit financing of Emmanuel Macron’s electoral campaign: his assignments at the McKinsey company are in the sights (Google Translate) Il Fatto Quotidiano (DJG). Imagine that!

The Secretive US Embassy-Backed Group Cultivating the British Left Declassified UK. By the “left” is meant Keir Starmer:

Politician of the year goes to @Keir_Starmer. It’s great to have the Leader of the Opposition here, congratulations Keir! pic.twitter.com/Gp6f66GFb7

Gas Price Cap Could Cause Irreversible Harm To Energy Markets OilPrice (Re Silc).

Russia can no longer rely on General Winter Politico

Sam Bankman-Fried Said He Would Give Away Billions. Broken Promises Are All That’s Left. WSJ. Fluff.

Blockchain may have a green future regardless of crypto Gillian Tett, FT. More fluff.

Defund the SEC Eschaton. Not fluff. Atrios is strong on the corrupting influence of SBF in the political class which, oddly, is not a story. “Some of your faves are involved!”

That’s Deltec Chairman Jean Chalopin on the Board, as is Gemini Chief Compliance/Operating Officer Noah Perlman.

How We Can Err if We Rely on Randomized Controlled Trials (video) Medscape (NL). Of RCTs: “It’s not bad science to look at real-world case studies.” Grab a cup of coffee.

Does Thanksgiving Glorify The Historical Slaughter Of The Detroit Lions? The Onion. From 2018, still germane.

Read Abraham Lincoln’s 1863 Proclamation that Made Thanksgiving a National Holiday Time. “While Thanksgiving is usually traced back to a 1621 meal between pilgrims and Native Americans, its origins as a national holiday are much more recent. On Oct. 3, 1863, President Abraham Lincoln issued a proclamation declaring the last Thursday of November as a day of Thanksgiving. He saw the occasion as a peaceful interlude amid the Civil War.” “Traced back” is in the passive voice. How did this happen? Some Reconcilation Movement bullshit? A holiday about the defeat of the Confederacy and the death of slavery is a holiday I can get behind.

Firming Up Hierarchy Economics from the Top Down. Interesting!

The globalisation elephant has left the room FT

Decolonization should extend to collaborations, authorship and co-creation of knowledge Nature 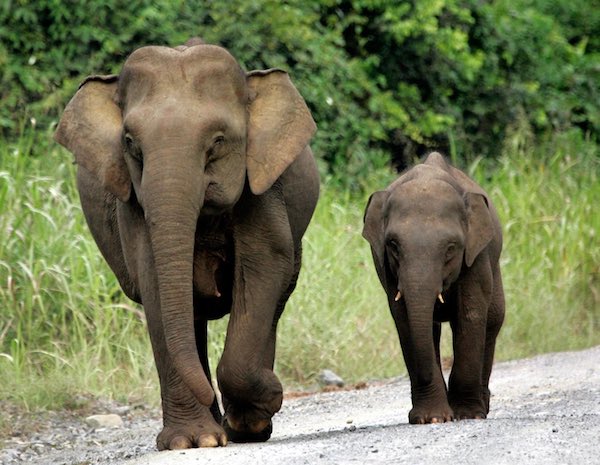