The Mystery of the Blue Whale Songs Nautilus

World map according to fish pic.twitter.com/4Gd8A0q2RF

A bot that watched 70,000 hours of Minecraft could unlock AI’s next big thing MIT Technology Review

A Burned Redwood Forest Tells a Story of Climate Change, Past, Present and Future Scientific American

What does water want? Most humans seem to have forgotten Psyche

I’d not seen this visualization of Covid deaths in the US until today. The trend line is so plainly damning for Biden, who has had far greater prevention resources at his disposal but has been so concerned about abstract economic indicators that he’s refused to use them. pic.twitter.com/WIcBmFZcNE

I’ve lived in China for 30 years, and I’ve never seen such a brazenly open and sustained expression of rage against the PRC govt. WeChat is exploding with protest videos and furious vitriol, and civil disobedience is becoming rampant. This is a serious test of CCP governance.

Syria – Another Turkish Invasion Is Imminent Moon of Alabama

US mediating between Ankara-SDF to prevent ground offensive: Report The Cradle

DPP favors Taiwan independence while KMT favors “One China” (its own definition of it) so quite meaningful… https://t.co/TIvDqIYJoq

US Military Set to Return to Subic Bay, Philippines to Counter China Antiwar

Two weeks since the Xi-Biden meeting and…
-FCC bans Huawei and ZTE equipment from being sold in US
-Kamala Harris goes to Palawan to discuss new base there
-GOP McCarthy said he would form a select committee on China and visit Taiwan in the winter.
So much for rapprochement.

U.S. and NATO Scramble to Arm Ukraine and Refill Their Own Arsenals New York Times

The Memo: Democrats pine for Trump as GOP nominee The Hill

New: Republican turnout in New York’s race for governor reached 63%, far outpacing Democrats at 47% and unaffiliated voters at 37%, according to a TU analysis of Board of Elections data. https://t.co/Y9yq6UJ9Np

If anyone wants to see the extent to which so much of this reporting has become an activist bubble, same "expert" promoting same view coincidentally cited by Axios, NBC News, WaPo this week. pic.twitter.com/0zCWcZkexi

I’ve heard through the grapevine that Caterpillar engineers are being tasked with learning UAW members’ assembly jobs in preparation for a strike, as well. https://t.co/0slQ28qGI2

Crypto Lender Genesis Is Subject of Probe by Regulators Barron’s

We are interwoven beings Aeon 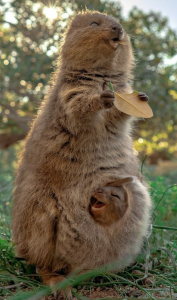