Two people left dangling from power lines are rescued after their small plane crashed into a tower in Maryland: 80,000 homes and business go without power Daily Mail (Brian C)

The Hibernator’s Guide to the Galaxy Wired

In his new Netflix “documentary” #AncientApocalypse, @Graham__Hancock has declared war on archaeologists

Buckle up, it’s time for an #ARCHAEOLOGY THREAD 🧵
/1 pic.twitter.com/ikkS8vXDHS

It’s a colorless, toxic gas. A US woman won $363m after years of exposure Guardian

🚨Due to the Boil Water Notice issued by the City of Houston late this evening, all Houston ISD schools, offices, and facilities will be closed Monday, Nov. 28, 2022. #HISD will closely monitor the situation and provide additional updates regarding operations tomorrow.

Overwhelming evidence of outdoor transmission of Omicron. At least 32 unmasked people were infected by a man jogging through a park without a mask. Nothing beats a surveillance state for contact tracing. Details in the thread.https://t.co/x194Dwj6iU pic.twitter.com/p9RN7kVGR7

Modeling transmission of SARS-CoV-2 Omicron in China. Nature. From May

“Monkeypox virus DNA in aerosols, collected from the medical consultation room, were detected in 27 (64%) of 42 samples, despite patients wearing an FFP2 mask during the visit.”
https://t.co/UfmgmDxHv3

US deploys heavy reinforcements to northern Syria from Iraq: SOHR The Cradle

Mesmerizing inside look at the very secretive Trilateral Commission, the 1st time in 50 years that the press was allowed to sit in for all of the sessions of the Asia group.

It reveals incredible anger at the US regarding its approach to China.

“The high energy prices and the weakening economy are hitting the German economy with full force and are placing a great burden on our companies compared to other international locations.

Cheap natural gas is a thing of the past Commonwealth Magazine

Every story about what the child tax credit did for people before is so heartbreaking and rage-inducing https://t.co/fwtzlkpDVw pic.twitter.com/mbsYje7HTS

In Texas, members of LGBTQ community arm themselves to fight right-wing extremists The Globe and Mail (Kevin S)

In Wisconsin, a Merger Can’t Save a Community College Chronicle of Higher Education

To give you an idea of what Open Information Partnership is actually up to, consider internal documents related to the project cite Russian “disinformation” often being “factually true” as a one of the key “barriers” to countering it. Yeah, facts can be a real bitch sometimes… pic.twitter.com/KNjf42WUAX

Why do people hate billionaires? The Week

Who else agrees with them? ✋🏾

Quite a trend line here. This can’t be good for us.https://t.co/ZcBpxAMyxa pic.twitter.com/glknEFk424

Teachers Are Burned Out. Unions Can Help Them Understand Why — And That They’re Not Alone Portside

Schrödinger’s Plates: They are both broken and not broken until you open the door. pic.twitter.com/fLaw3kGCaq 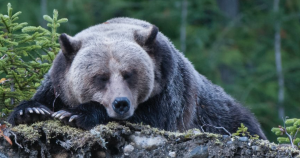