Scientists Gave Penguins a Mirror, And We Have Lots of Questions Science Alert

Why Was King Tut Buried with a Trumpet? The Honest Broker

How the Davos elite took back control Unherd. In the usual ways:

At Davos, Blackrock VP Phillipp Hildebrand is advocating central banks "engineer a recession to get inflation under control."

I could not possibly disagree more… https://t.co/7LQGFRdvip

Belarus opposition leader warns of ‘massive disobedience’ if Lukashenko mobilises for Ukraine war FT. A-a-a-a-a-n-d the deck: “Dictator is more vulnerable than he looks, Sviatlana Tsikhanouskaya tells FT in Davos.” The subtext here is not hard to read.

Data Snapshot: Are we overcounting Covid-19 deaths? No. Inside Medicine

Airplane lavatories deliver new hope for the CDC’s variant hunt Politico. I’m imagining the next William Gibson trilogy, where one of the protagonists is paid to travel the world er, gaming wastewater detection systems with engineered viral loads.

The Chinese View of the World: Is a Non-Zero-Sum Game Possible? Valdai Discussion Club

Commentary: China might not get the economic boost it expects in 2023 from ending zero-COVID Channel News Asia

61/3
We will continue to see many stories like this: "Chinese authorities have opened an investigation into New China Life for its investments in the real estate sector, one of which Wan led himself, several industry insiders said."https://t.co/VfckUiiVW8

Record fish release aims to aid Cambodia’s biodiversity Globe_. That this should be necessary is already a tragedy.

Should somebody check in on Australia?

#RoboDebtRC More shocking revelations, that they even took the Centrelink PH number off the initial letter, in doing so putting more obstacles for recipients, particularly those vulnerable [7/8] pic.twitter.com/AxxP81zmJZ

Australian governments have kept much of their COVID research and modelling secret. Why? ABC Australia

Friends with Benefits London Review of Books. The Five Eyes.

No Russian and no Russians: Ukraine invasion has supercharged Latvian nationalism Vancouver Sun

After the rampage: Brazil’s new leaders to fight hard in wake of ‘insane’ coup attempt Guardian

Biden uses his lawyers to find his classified docs — to shield from the FBI NY Post. Standard Operating Procedure for Democrats

Wikipedia needs different safety rules, says foundation BBC. Wow, it sure would be terrible if a lot of small sites were put out of business by onerous reporting requirements (“But the children!”) that ginormous monopolies could easily fund.

The Rich’s Search for the Key to Immortality Is Harmful to the Rest of Us Jacobin. Commentary:

This is a rare case where I agree with Jacobin.

Increasing quality of life for the aged is important, but increased lifespan, especially if cognitive impairment is not addressed, is not good for civilization.

We are already ruled by a gerontocracy!

Corporations Are Pushing The Supreme Court To Crush Unions Unherd

See, this is why we need to privatize Social Security (ctilee):

. @dollarsanddata did an interesting study that showed that it only takes about 17 years on average for the fund to beat the investor. pic.twitter.com/RahH6yPnpX

How to Swim Against the Stream: On Diogenes Los Angeles Review of Books (AL).

The Psychology of Veridos: A Study of Moral Heroism of the 5% or Less Internationalist 360°

The Things You Own…Can’t Own You Daily Stoic 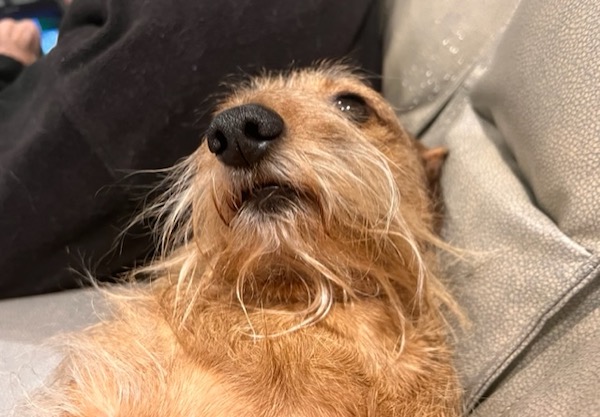 TS writes: “A Kadee replay, she’s giving her best impression of a beaver.”