“If you could take 10% off the weight of every car on the planet overnight, it would make so much more difference than all the new engine technologies and fuel technologies that people are talking about”…

Banks vs. Consumers (Guess Who Wins) Business Week. On how biased credit card arbitration procedures are.

Faber Says Oil, Stocks, Real Estate Are Overvalued The Big Picture. This is pretty remarkable, since recently Faber was recommending commodities. This contrasts with Tony Hayward of BP saying current oil prices are warranted, and the head of Gazprom predicting oil will go to $250 a barrel (yeah, but Gazprom is a gas company).

Citigroup, Merrill Lynch and UBS, the banks most exposed to Ambac and MBIA, could face further writedowns of up to $10bn after the bond insurers last week lost their fight to retain their triple A credit ratings.

A buddy sent me the report on which this story was based yesterday and I didn’t post on it, partly due to time constraints, but also because the forecast doesn’t sound all that bad.

Peter Vitousek of Stanford University has documented the ways in which humanity has appropriated the bounty of the earth for its own use: human beings now exploit 50 per cent of the terrestrial photosynthetic potential; they have put up a quarter of the carbon dioxide now in the atmosphere; they use 60 per cent of the accessible river run-off; they are responsible for 60 per cent of the earth’s nitrogen fixation; they are responsible for a fifth of all plant invasions; over the past two millennia they have made extinct a quarter of all bird species; and they have exploited or over-exploited more than half of the world’s fisheries. 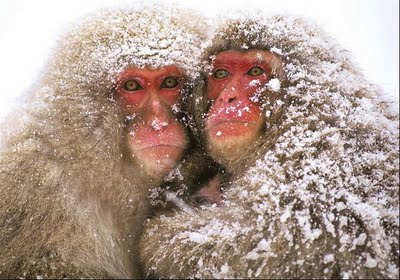