Nukes Are Not the Best Way to Stop an Asteroid Wired. In case you wondered.

Mortgage Debt Proving Least of Bad Bets as All Investing Sinks, Gross Says Bloomberg. These guys are relentless in talking their book.

The way forward for Fannie and Freddie Larry Summers, Financial Times. I really should shred this, but even thinking about this piece makes me annoyed, so here’s the short version:

Anyone who cares about the health of the US economy should welcome the enactment of the Treasury’s rescue plan for Fannie Mae and Freddie Mac, along with other measures to support the housing market. While there is room for argument about details, the risks to the financial system were too great to allow delay.

The rescue should be treated as an unfortunate necessity, but Summers salutes nevertheless. The article appears to set up a “so what do we do with the GSEs now?” but wimps out, although I am sure he would not see it that way. He proposes no action on Freddie and Fannie, despite the intervention, unless the GSEs continue to require government back-up to fund at a favorable rate. In that event, the Feds can use their receivership powers, wipe out shareholders and sub debt, and break up the GSEs. The problem is this will NOT happen if the GSEs continue to have a government backstop and depend on the now -explicit guarantee; it may not even happen if they need support but the damage is not too large.

I used the word escalation quite deliberately to describe this mess. If the GSEs can manage their affairs so that no dramatic increase in support is required, I suspect the Feds will prove quite reluctant to nationalize them. Only a plan to do so now might have worked, and the moment has passed. 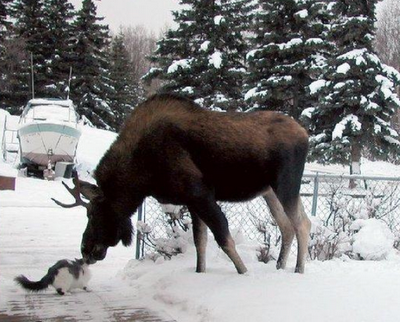