Look at these headlines on the same research: Future impact of global warming is worse when grazing animals are considered, scientists suggest PhysOrg versus Grazing animals may lessen Arctic warning United Press International. Guess which headline got it right. And what to make of the seeming typo?

A third of new PCs being downgraded to XP, says metrics researcher ComputerWorld

The Elephant in the Tank, Andy Grove, Portfolio. The former Intel CEO begs to differ with Al Gore and Boone Pickens.

Frugality is the New Black Paul Kedrosky. We’ve said for some time that consumption has no where to go but down…and as a coldwater Yankee, it will be nice to have company for a change.

No Limit to Greenspan’s Once-In-A-Century Events Caroline Baum, Bloomberg. This is as close to blistering as Baum ever gets. She has also come around the point of view that Greenspan’s running commentary on the economy is singularly unhelpful and his fee-mongering is unseemly (here). 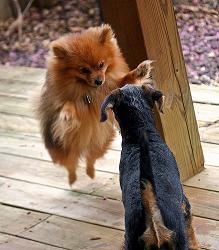