Behind the Bluster, Russia Is Collapsing Murray Feshbach, Washington Post (hat tip reader Michael). A very interesting piece, but he misses two elements of the equation. First, Russia has a chokehold on key energy supplies to Europe. Second, an authoritarian state with nukes can last well beyond its sell-by date, even with a starving population, as North Korea attests.

End of an Era on Wall Street: Goodbye to All That New York Times

Lehman ‘may take 10 years to wind up’ Independent

Fannie’s Demise: It Was the Collapse of the Housing Bubble, It’s That Simple Dean Baker

The CRA: Its a Racial Thing . . . Barry Ritholtz

I Just Realized How Bad it Really is David Flam

Hedgiefest, thanks to reader Saboor:

Bonfire of the hedgies Times Online

Down hedge fund alley The Guardian

My favorite Palin takedown so far, from Ron Liddle at the Times Online:

Sarah Palin, the Alaskan-separatist-pig-in-lipstick, had not the slightest intention of allowing her complete lack of knowledge about almost everything to spoil her debate with the Democrat vice-presidential candidate, Joe Biden. “I may not answer the questions in the way in which the moderators or you want to hear, but I am going to talk straight to the American people and let them know my track record,” she said, straight-faced, her make-up not cracking. And so, by employing the clever strategy of not answering anything properly, and then winking in the manner of a mid-market call girl, she emerged a sort of victor. Despite revealing the intellect and political experience of a whelk. A heartbeat away, remember. 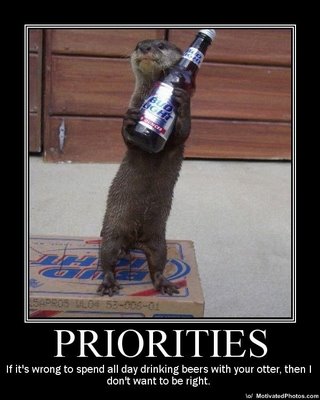