How to move a boat without an engine, paddles or sails Network World

A New Meme: Blame It on Beijing (and Seoul, and Riyadh…) Menzie Chinn. This is a useful post, but where has Chinn been? The Fed has been pushing the “savings glut is the problem” line for years, and even the FT’s Martin Wolf has been saluting for the last eighteen months (but then again, the UK has a more acute version of the US ailment). But to his credit, Chinn kneecaps the hoped-for party line.

Questions for Mr. Geithner New York Times (hat tip reader Doug W). Late to this, but it is still a good list.

What if Uncle Sam Takes Over Your Bank? Wall Street Journal. Sign of the times.

A stimulus we can believe in Models and Agents

How Green Is My Orange? New York Times

America’s banks need to hold a yard sale Meredith Whitney, Financial Times. “One constant question I get from investors, who need somewhere to put their money, is: if I had to own something, what would it be? I am not very helpful to them at the moment as my answer is that I would own nothing. “

Government prevented from taking Barclays stake by deal with Abu Dhabi Times Online. Ooh, this is a real mess. 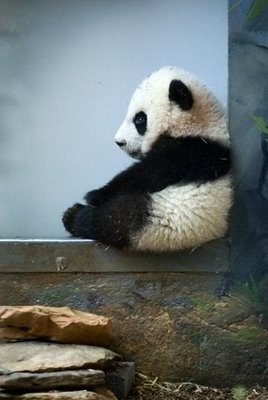