US birds in ‘widespread decline’ BBC

Save the Credit Unions! Felix Salmon. Those big “corporate” credit units seized tonight are sucking the life out of the good little guys.

Goldman Insists It Would Have Lost Little if A.I.G. Had Failed New York Times. This from the man who said Goldman was seeing 25 standard deviation moves several days in a row. Statistically, that’s impossible, and since he doesn’t grasp statistics, query how good a grasp he has on what might trigger failure (after all, Bear looked viable on a raw numbers basis till the run started)

Did AIG explicitly lie about its bonuses? Glenn Greenwald. Salon

Who is the next AIG? Politico and Banker fury over tax ‘witch-hunt’ Financial Times. Get a load of this:

“Finance is one of America’s great industries, and they’re destroying it,” said one banker at a firm that has accepted public money. “This happened out of haste and anger over AIG, but we’re not like AIG.”

The banker added: “It’s like a McCarthy witch-hunt…This is the most profoundly anti- American thing I’ve ever seen.”

The industry does not get it. Or more accurately, its incumbents are hooked on lifestyles that the business, even with taxpayer help, will no longer support, but because Congress is the bearer of bad tidings, the message is being rejected.

Notice the lack of negotiation or counterproposals? The Wall Street chieftans know there probably is no solution space (ie, range both sides would find acceptable). But the stonewalling is not going to have any impact on the backlash.

Antidote du jour. The second is from reader Alex: 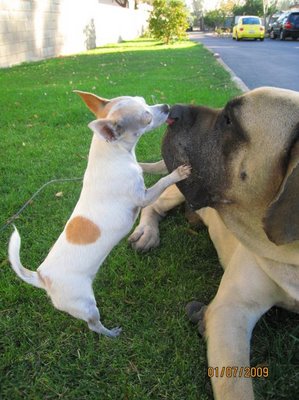