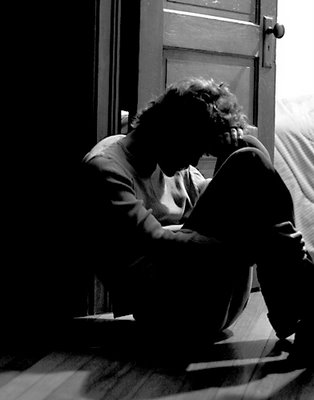 Today is my birthday. I am now 38 years old. No big deal, it is just another Sunday for me. I woke up, had a cup of java and watched ABC’s This Week with George Stephanopoulos.

There was an interesting interview with Iran’s President, Mahmoud Ahmadinejad. The roundtable discussed President Obama’s first 100 days and George Will stated he is convinced that the $9 trillion of public borrowing will lead to “stagflation” four years from now and this will be reflected in the polls, hurting Obama.

Poor George Will. Love listening to him but he is always wrong when it comes to economic prognostication. Four years from now, we will be in the midst of the longest debt deflation episode in post-war history (you can quote me on that!).

But today is my birthday and I wanted to discuss health issues. First, I read an interesting article in the Telegraph stating that adult stem cells ‘able to reverse symptoms’ of Multiple Sclerosis (MS):

Some have been left free from seizures and better able to walk after the treatment.

Researchers said that the results suggest that the “very simple” injection of their own cells can stimulate the regrowth of tissue damaged by the progression of the disease.

The preliminary findings add to the growing evidence that stem cells could be used to treat the crippling neurological disease, which affects about 85,000 people in Britain.

Last year experts suggested that stem cell therapy could be a “cure” for MS within the next 15 years.

Patients’ symptoms were still improving up to a year after the treatment, the new study shows.

One, a 50-year-old man, who had suffered more than 600 painful seizures in the three years before treatment has not had a single one since the infusion of his own cells.

Another patient’s ability to walk, run and even cycle are still improving 10 months after the therapy.

MS is caused by the destruction of myelin, a fatty protective sheath surrounding the body’s central nervous system.

Sufferers typical experience fatigue, difficulty walking or speaking and pain and there is currently no known cure.

Dr Boris Minev, from the University of California, said: “All three patients in our study showed dramatic improvement in their condition.

“While obviously no conclusions in terms of therapeutic efficacy can be drawn from these reports, this first clinical use of fat stem cells for treatment of MS supports further investigations into this very simple and easily-implementable treatment methodology”.

He added: “None of the presently available MS treatments selectively inhibit the immune attack against the nervous system, nor do they stimulate regeneration of previously damaged tissue. We’ve shown that [the] cells may fill this gap.”

Earlier this year another study in 21 patients injected with their own bone marrow stem cells, found that 81 per cent saw significant improvements to their disability.

A spokesman for the MS Society said: “The preliminary research presented in this literary review is intriguing and we would be interested to see if what is shown in these case studies can be repeated in properly controlled clinical trials.”

The three case studies are described the Journal of Translational Medicine.

Scientists usually use a virus to make the switch but this makes the resulting stem cells incredibly dangerous for use in humans as they can cause cancer.

Now a team at the Scripps Research Centre in California, which published its findings in Cell Stem Cell journal, claim they can use harmless proteins to carry out the same task.

This discovery has the potential to spark the development of many new types of therapies for humans, for diseases that range from Type 1 diabetes to Parkinson’s disease, they claim.

MS is a disease that I am intimately aware of. I was diagnosed with it twelve years ago. Luckily, my disease course progressed slowly, but it progressed. I now limp and there are days where walking 500 meters is a challenge.

But I remain hopeful, and for all the frustration the disease has caused me, it has also taught me how to appreciate the simple things in life, to remain positive and to fight and persevere in face of what often seems as insurmountable obstacles.

Earlier this week, we learned of the tragic death of David Kellerman, Freddie Mac’s CFO, of an apparent suicide. What you might not know is that there is a rise in male suicides in this recession:

As the recession continues, it often seems that male workers are bearing the brunt of the downturn. Yesterday’s announcement of David B. Kellerman’s suicide highlights part of the impact that the economy is having on men, but hints at a societal shift whose effects may linger long after the unemployment crisis ends.

While the Freddie Mac CFO’s death has garnered more attention than most, it is indicative of a much larger trend. This year, hardly a month has gone by without the newspapers reporting on a horrific murder/suicide involving an unemployed male. In locales as far apart as Washington state and Maryland, California and Massachusetts, the stories have been remarkably similar: a father is unable to support his family and, in a fit of depression, kills himself and members of his family. In some cases, the man is reported to have had previous psychological problems; in others, not. Most of the men are poor, but many are wealthy. Sometimes, as in the case of Kellermann, they occupy a prominent place in their society.

The rise in male suicide is among the most eye-catching news stories of the recession, but the trend only represents the tip of a very large iceberg. According to the Financial Times, 80 percent of the 5.1 million jobs lost in the recession were previously held by men. Consequently, while the female jobless rate is currently 7 percent, the unemployment rate among men has risen to 8.8 percent.

As in anything that divides the genders, the FT‘s survey has become somewhat controversial. The paper itself pointed out that a large part of the reason for the disproportionate split is the fact that the industries hardest hit by the recession — construction and manufacturing — are dominated by men. More traditionally female jobs in education and health care have emerged relatively unscathed.

Some have used the current downfall of male workers as an impetus to question what they see as “male dominance” in the workplace, as if men had this coming to them. The reasoning here is that, it’s only because women were underpaid relative to their male counterparts that they’re now more cost-effective and have been able to keep their jobs. Some have even gone so far as to aver that the “hidden sector” of the female unemployed who worked off the grid has skewed reporting, suggesting that the recession is not only robbing women of their jobs, but also of their voices.

However, for those whose analysis is based more on mercy and less on gender warfare, it’s clear that the recession has been devastating for the male of the species. While the past 30 years has done a great deal to modify traditional gender roles, many men still feel a strong responsibility to be the primary breadwinners in their families. The inability to do so has has wide-ranging effects that are only beginning to be noticed. On the whimsical side, it has resulted in the “recession beard” trend, in which the recently unemployed assert their masculinity by indulging their ability to grow whiskers. On the darker side, as DF’s Jonathan Berr noted yesterday, it has resulted in a spike among calls to therapists and suicide hot lines.

For some men, however, talking to a therapist is yet another sign of weakness, which means that many victims of the recession — and the economic troubles that underlie it — have been loath to seek help. Unfortunately, this masculine stereotype is particularly well-entrenched in Wall Street and in low-income communities, two areas that have been especially hard hit. Another “macho” group, military recruiters, has also been struck by a rash of suicides in recent years. Beset by work pressures and encouraged to repress their emotions, it is hardly surprising that so many men have been lashing out in inexplicable ways.

While economic estimates about the next few years vary wildly, it seems likely that the recession will bring about a broad-based reconsideration of vulnerability. As the tragic story of David Kellerman demonstrates, the people who seem strongest sometimes need the most help.

My father and brother are psychiatrists and what you should all know is that mental illness often goes unreported or isn’t taken seriously. Importantly, despite the economic downturn, in any given one year period, depression strikes 10% of the population.

This is why you should learn to recognize the signs of depression and if you or a loved one suffer from it, get help as soon as possible. Employers should also start discussing mental illness more openly and offer services to their employees who might be very stressed out.

No matter where we are in the economic cycle, my advice is to always make your mental and physical health a priorirty. I invite you to read Ashton Embry’s site on the best bet treatment for MS (lots of excellent nutritional information there) and to always scope out the latest health news. And sometimes what seems healthy isn’t really very healthy for you. For example, I was surprised to hear about how fruit juice doubles the risk of obesity.

I think like anything else in life, you should approach things in a sensible manner. You should exercise (even moderately), eat very well, sleep at least seven hours, and try to maintain a positive outlook on life.

But if you need help, do not be embarrassed to seek it out. The old myth that “men do not need psychologists” is just that – a myth that might end up costing you your life.

Recession or no recession, never take your mental or physical health for granted. Always remember that life is short and while you can replace money and things, you can’t replace your health as easily.