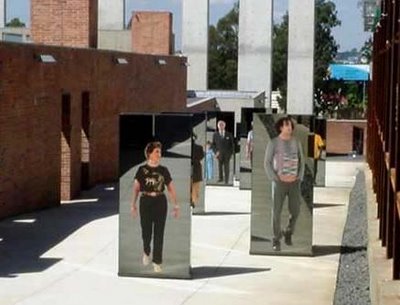 Let me begin by wishing all Quebecers “une bonne Fête nationale”. I hope you enjoyed St-Jean Baptiste celebrations on this glorious sunny day in Quebec.

In my last post, I discussed the global pension crisis and how it might lead to a long social crisis. Today I read that final salary pensions “unsustainable” claim 96% of firms:

A poll of 157 UK firms – including 33 FTSE 100 companies – by PricewaterhouseCoopers (PwC) finds as well as closing final salary, or defined benefit, pensions to new employees as many have done 72 per cent were considering closing schemes to existing employees.

Earlier this month both BP and Barclays both shook up their final salary pension schemes.

While five years ago 40 per cent of companies offered final salary schemes – promising a pension income based on the level of the final salary – now just four FTSE 100 firms – Shell, Tesco, Cadbury and Diageo – offer workers such pensions.
Only 17 per cent of the firms surveyed had defined benefit schemes and only a quarter of these were planning to leave schemes unchanged.

Of all firms five per cent expect to have a final salary pension open for new employees in five years time and only 22 per cent are committed to maintaining future benefit accrual for existing scheme members.

Marc Hommel, PwC partner and UK pensions leader, said: “Future generations will have to do far more for themselves relative to those people who have been lucky enough to belong to a fast-disappearing, defined benefit scheme.”

The PwC poll revealed firms were aiming to reduce their pension provision due to the risks of running a final salary pension, the costs and measures on the Budget.

In fact, 77 per cent of firms polled said the Budget’s pensions tax proposals have further reduced their motivation to provide workplace pensions – both as final salary schemes and defined contribution schemes.

Just four per cent of employers are not planning changes to the defined benefit or defined contribution pensions they provide.

The introduction of auto-enrollment of pensions in 2012 is hoped to encouraged more people to save for their pensions, but many firms will drop contributions to the minimum.

“Pensions apartheid is upon us, with a growing gap between the relative generosity of the public sector and the intention of more than a third of private sector employers to provide the bare minimum under the 2012 auto-enrolment pension requirements,” Mr Hommel said.

Forty-one per cent of smaller companies said they planned to offer just the bare minimum pensions provision required by law under auto-enrolment, compared with 25 per cent of larger firms.

Mr Hommel said: “We will see increasing divergence in the pension provision offered by smaller and larger companies.”

Is pensions apartheid here? No doubt about it, and in the next decade, you will see increasing pressure on governments to curb public pension benefits.

For private companies, many will scrap defined-benefit plans but the smarter ones will work to bolster their plans, ensuring that they remain viable for as long as the company exists.

I believe that pensions are already a major concern for many employees so firms looking to attract the best and the brightest to their companies better bolster their pension plans and their pension packages, committing the necessary resources in good times and in bad times.

For those of you working in the public sector, do not take your pensions for granted. Make sure you save on the side and invest that money wisely or else you too risk a rude awakening in your golden years.

In the new era of pensions apartheid, nothing is sacred, including your public pension plan.