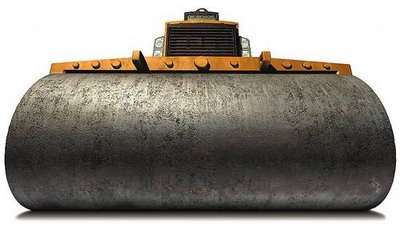 I want to follow-up on my previous post, Full Steam Ahead? I looked at what the trading experts I track have to say about this market.

Tim Knight of Slope of Hope writes that the market still seems very shortable. He also writes about his favorite ETFs these days.

David Spurr of Displaced EMA writes that everything is being driven by the U.S. dollar:

Look at the correlation on the various positions, R/E (SRS), Materials (SMN), Financials(FAZ), Energy(ERY) – It doesn’t matter – they’re all correlated the same – Take your pick.

Everything is being dictated by dollar movements. See correlations on UUP (long dollar).

The Financial Ninja writes that we are running out of volume:

The S&P 500 (SPX) is sitting on support around 930, but below the 200 day EMA (green line). Despite some days consolidating in this range, SPX is still overbought. Volume is also dropping off rather quickly.

Primary Market Total Volume (NYTV) is generally declining, even as the market rallies. The volume decline has now really started to accelerate. It would appear that the market is now rising on fumes… an example of which would be yesterday’s late day jam job. These are done on low volume and are all about fixing a closing price.

Yesterday’s candle is definite sign of indecision and is the fourth consecutive failure to close above the 200 day EMA. Until the Non-Farm Friday opening print high of 951 is cleared, it looks like this monstrous rally may finally be running out of steam.

The running out of volume argument, however, has a hitch. One of the strategist I respect the most told me that “people keep discrediting the market advance owing to the lack of volume but when leverage has been cut in half (deleveraging), a new normalized volume level has to be lower.”

I am also looking at the technicals, the weekly highs, lows, the close and volume, but I keep seeing them buy those dips – and aggressively. We are at an inflection point but do not be surprised if we keep heading higher.

Why? One of the portfolio managers I spoke with read my comment and agreed with me that most pension funds were massively underweight equities (relative to their benchmarks) going into 2009 and at the end of Q1.

Then a ferocious rally developed and portfolio managers at the big shops waited for a massive pullback that never materialized. Now they are suffering from performance anxiety and are stuck chasing equities higher.

The longer the rally goes on, the bigger the performance anxiety, and the stronger likelihood that they will keep chasing stocks up. Add to this that liquidity is beyond plentiful, and you have the makings of another bubble in some sectors and stocks (my bet is on alternative energy).

The fundamentals remain weak, but for now it is safe to say the worst is behind us. More ominously, massive liquidity is driving a lot of the speculative activity right now, bidding up commodities, high yield bonds, commodity currencies, and high beta stocks.

I have seen this liquidity steamroller before and the last thing you want to do is short it or underweight it. If you do, chances are it will steamroll right over you.

Apart from energy (especially natural gas) and alternative energy (especially solar shares), keep an eye on the Powershares QQQ (QQQQ) and the Semiconductor Holders ETF (SMH). Some of the traders I speak with prefer playing the Ultra Semiconductor ProShares (USD) for a leveraged swing trade here. Reuters reports that the world’s top contract chip maker, Taiwan Semiconductor (TSM), booked its biggest monthly sales in seven months thanks to a pick-up in demand for chips used in computers and other consumer gadgets.

Watch how we close today after the dip and triple bottom . Also read these articles: Solar stocks rally on China support, oil prices and Short Sellers Confused in Alternative Energy Bets. My bet is that we are in the early stages of an alternative energy revolution and this sector is worth tracking and investing in for the long-run. Don’t be surprised if it’s the next bubble.