Illness, medical bills linked to nearly two-thirds of bankruptcies EurekaAlert (hat tip Mark Thoma). And many of them were insured…

United Plans Huge Jet Order Wall Street Journal. Dunno how it works in airlines, but in the paper business, Union Camp got massive discounts by contracting for paper machines (hugely expensive, trust me) during downturns, when everyone else paid top dollar to expand close to the peak.

The fate of nations (graphs to contemplate) Animal Spirits

Not so Loonie BreakingViews

Banks should pay for their own bailouts Telegraph 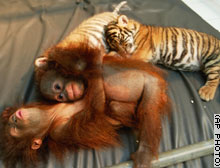