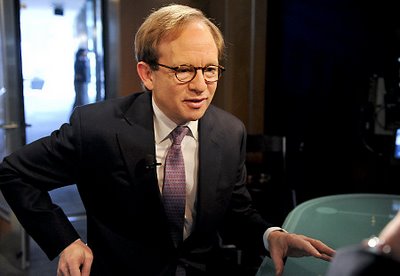 Steven Rattner is quitting his post as President Obama’s chief adviser on the troubled automobile industry at a time when an investigation into his former Wall Street firm’s role in a scandal involving public pension funds has intensified.

Mr. Rattner, who has won plaudits for directing the rapid restructuring of General Motors and Chrysler, has been under a cloud since shortly after arriving in Washington in late February after it was disclosed that his firm, the Quadrangle Group, made payments to middlemen that helped it win state pension business.

It is unclear whether Mr. Rattner’s departure is directly connected to the inquiry, or whether he felt that it was time to leave because Chrysler and G.M. effectively had emerged from bankruptcy. A person who has worked with him in Washington said he understood that Mr. Rattner had decided to leave because his role on the task force had come to its natural end. Mr. Rattner could not be reached for comment. A spokesman for Quadrangle declined to comment.

An investigation by New York Attorney General Andrew M. Cuomo has picked up in recent weeks, according to people briefed on the matter who did not want to be identified for fear of jeopardizing the inquiry. Quadrangle faces potential civil charges and is said to be eager to resolve the matter, according to these people, who said that Mr. Rattner has separate counsel from Quadrangle, and that discussions have accelerated among the various parties recently. Several other firms, including the Carlyle Group, a private equity firm, have paid fines and agreed to change their practices as a result of payments they made to get pension business.

A fine against Quadrangle could make it difficult for Mr. Rattner to remain in a position of authority in Washington, given his role in the matter. Mr. Rattner, according to people close to the investigation, arranged for his investment firm to pay $1.1 million to an agent who helped Quadrangle obtain New York pension business. The agent who received most of that money has been indicted and accused of selling access to the pension fund, but neither Mr. Rattner nor Quadrangle is expected to face criminal charges, according to people close to the matter. The Securities andExchange Commission is also investigating pension fund abuses.

The investigations in Quadrangle have raised questions about the political ambitions of Mr. Rattner. A major Democratic Party contributor, he backed Senator Hillary Rodham Clinton’s presidential campaign, and some speculated that he would have been interested in a position in a Clinton administration, possibly as Treasury Secretary. His wife, Maureen White, was Mrs. Clinton’s finance co-chairwoman. For years, Mr. Rattner has cultivated a reputation as a major player in New York’s financial, political and charity circles. After working as a reporter for The New York Times, he became an investment banker, doing deals in the media and communications businesses for the likes of Lehman Brothers, Morgan Stanley and Lazard before co-founding Quadrangle in 2000.

Mr. Cuomo has been conducting a broad investigation of pension fund “pay-to-play” practices — allegations that investment firms had to pay politically connected middlemen to get pension funds to manage. Fees for managing pension funds can be very lucrative. While occupying a legal gray area, payments to intermediaries can be illegal if they amount to bribes or kickbacks made under the guise of being legitimate payments. In cases described in court filings, people who received payments for acting as intermediaries did no actual work, instead appearing simply to be collecting payoffs.

The attorney general’s stated goal is to change industry practices to prevent futures abuses, and win fines for past violations. Carlyle, which is among the biggest and most politically connected private equity firms and paid a $20 million fine, has agreed to stop using intermediaries, known as placement agents, to win investment business from public pension funds. It also agreed to halt campaign contributions to public officials who oversee pension funds. Riverstone Holdings, another firm caught up in the case, paid a $30 million ettlement last month.

In a statement announcing Mr. Rattner’s departure, the Obama administration made no mention of the pension scandal inquiry, but said Ron Bloom will take over the leadership of the task force.

In the past, the president has said he has full confidence in Mr. Rattner. Treasury Secretary Timothy F. Geithner praised his work turning around G.M. and Chrysler. The two carmakers completed their restructuring plans well ahead of schedule, taking little more than a month each.

“We are extremely grateful to Steve for his efforts in helping to strengthen G.M. and Chrysler, recapitalize GMAC, and support the American auto industry,” Mr. Geithner said. “I hope that he takes another opportunity to bring his unique skills to government service in the future.”

Investigators have been particularly focused on investment executives who arranged for payments to be made to further the production of “Chooch,” a low-budget movie produced by the brother of David J. Loglisci, who was the chief investment officer of the New York State pension fund under Alan G. Hevesi, the former state comptroller. Investigators believe a number of executives, including Mr. Rattner, gave assistance to “Chooch” to win pension fund business.

Hey, at least Mr. Rattner wasn’t appointed a pensions czar! I know of many rats (no pun intended) in the pension industry who I suspect took kickbacks and used fraudulent accounting to “juice up” their returns. There is an old Greek saying, “he who has honey on his fingers, can’t help licking them.”